NASA and the Department of Defense Human Space Flight Support (HSFS) Office Rescue Division are conducting a search and rescue training exercise over the next several days at the Army Warf on Cape Canaveral Air Force Station and in the Atlantic Ocean. This is the first at-sea exercise with the Boeing CST-100 Starliner training capsule, known as Boiler Plate 3, ahead of the commercial crew flight test with astronauts targeted for later this year.

The HSFS teams have supported all NASA human spaceflight programs and will be on standby for both NASA’s Commercial Crew Program and Orion launches and landings. The team is responsible for quickly and safely rescuing astronauts in the unlikely event of an emergency during ascent, free flight or landing. This multi-day exercise consists of ground- and water- based training to prepare the DoD pararescue team for an emergency situation on ascent. The HSFS teams will rehearse locating the Starliner spacecraft, sending out rescue teams to extract DoD team members, acting as astronauts, from the capsule and providing immediate medical treatment.  The HSFS team will arrange for pickup, transport and follow-on medical care.

At the conclusion of this exercise, HSFS will complete a full mission profile to validate best practices for configuring and air-dropping U.S. Air Force Pararescue team members from a C-17 aircraft with their associated watercraft, specialized rescue equipment and advanced medical capabilities. HSFS conducted a similar exercise with SpaceX’s Crew Dragon spacecraft in early December 2018.

This simulation is another example of how safety is being built into systems, processes and procedures for commercial crew missions. It is standard practice to conduct these exercises, and was regularly done during the Space Shuttle Program.

During normal return scenarios, Boeing’s Starliner will land on land in a safe zone of about 15 square miles in the Western United States. Throughout the commercial crew development phases with NASA, Boeing has performed dozens of qualification tests on its parachute and airbag systems simulating conditions on land and in the water. 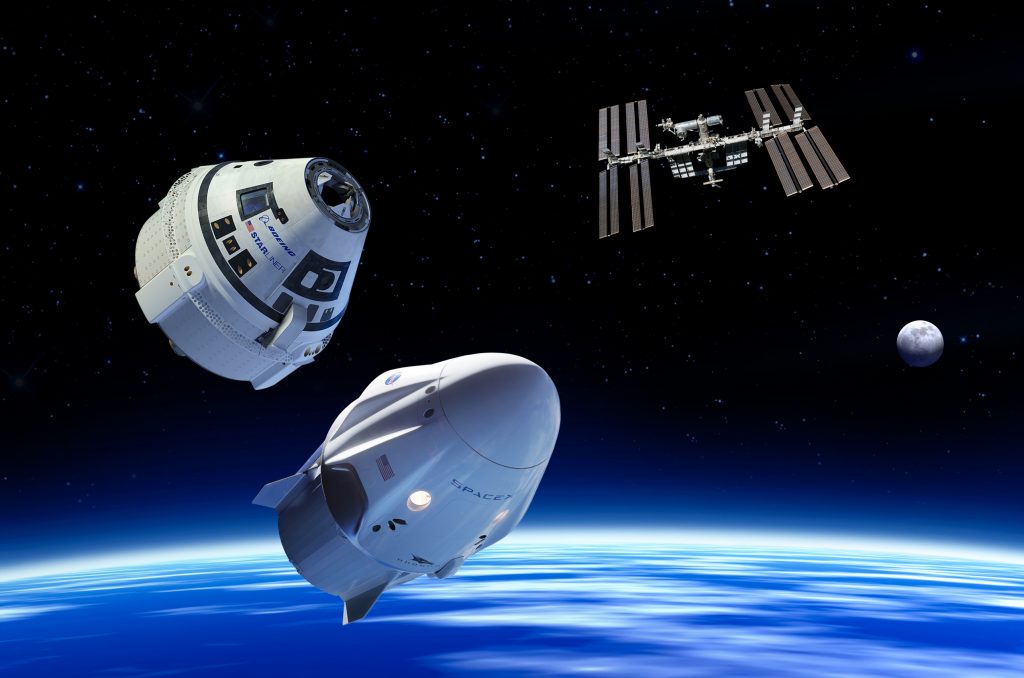 NASA and Boeing are nearing the final stages of development and evaluation for crew systems that will return human spaceflight launches from American soil on missions to the International Space Station as part of the agency’s Commercial Crew Program. To meet NASA’s requirements, the commercial providers must demonstrate that their systems are ready to begin regular flights to the space station.

Following the uncrewed flight, Boeing is planning to fly a test mission with crew on board to the space station in late 2019, with the specific date to be confirmed closer to that timeframe. NASA and Boeing have agreed to extend the duration of that flight test to the International Space Station after completing an in-depth technical assessment of the Starliner systems. Boeing also will fly a Pad Abort Test before those two orbital flights to demonstrate the company’s ability to safely carry astronauts away from a launch vehicle emergency, if necessary. Find a full mission and Boeing progress feature here: https://go.nasa.gov/2FM8zcQ.

Following the test flights, NASA will review performance data and resolve any necessary issues to certify the systems for operational missions. NASA and Boeing are actively working to be ready for the operational missions. As with all human spaceflight vehicle development, learning from each test and adjusting as necessary to reduce risk to the crew may override planning dates.

NASA also is working with SpaceX to return human spaceflight launches to American soil. The company completed an uncrewed flight test, known as Demo-1, to the space station in March.