Teams from NASA and SpaceX practiced removing astronauts from a Crew Dragon spacecraft on Tuesday, Aug. 13, at Port Canaveral in Florida, preparing for when humans return to Earth from a mission to the International Space Station as part of NASA’s Commercial Crew Program.

“Integrated tests like today’s are a crucial element in preparing for human spaceflight missions,” Hurley said. “This opportunity allowed us to work with the recovery team and ensure the plans are solid for the Demo-2 mission.”

The event marked the first time a fully integrated NASA and SpaceX team worked together on the ship to go through an end-to-end practice run of how the teams will recover and extract the astronauts when they return from the space station in Crew Dragon. Hurley and Behnken were taken out of the spacecraft, given a mock medical evaluation and then transported to the Cape Canaveral Air Force Station Skid Strip, or airport.

“We’re making sure that the team integrates together — that’s a key to any successful mission,” said Ted Mosteller, the NASA recovery director in charge of the agency’s team for the Commercial Crew Program. “We worked on successfully doing what we need to do to take care of the crew once they return to Earth.”

The purpose of the exercise, Mosteller pointed out, was to ensure participants knew their roles and responsibilities — and where they were supposed to be staged on the 150-foot vessel. He was extremely pleased with the results.

“It feels really good; it has been a lot of hard work to get us to this point,” Mosteller said. “There was a lot of collaboration, and it was a very positive experience for the integrated team.”

For Hurley and Behnken, it’s another milestone on the path to their historic flight. 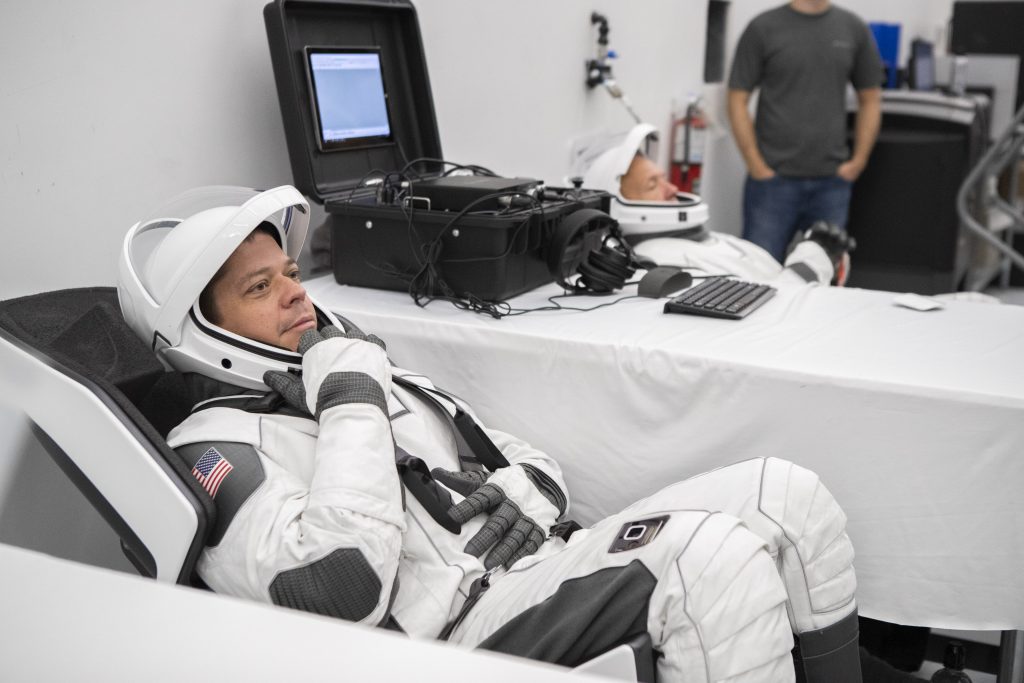 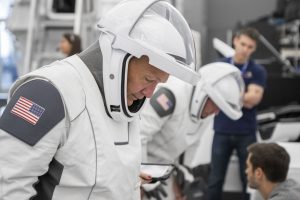 SpaceX recently held a training event at its facility in Hawthorne, California for prelaunch operations with NASA astronauts Bob Behnken and Doug Hurley and ground operators for the company’s Demo-2 mission to the International Space Station as part of NASA’s Commercial Crew Program. The training provided an opportunity for the integrated team to dry run all of the activities, procedures and communication that will be exercised on launch day when a Crew Dragon spacecraft launches on a Falcon 9 rocket from Launch Complex 39A in Florida.

The astronauts performed suit-up procedures alongside the SpaceX ground closeout team and suit engineers using the same ground support equipment, such as the seats and suit leak check boxes, that will be used on launch day. Following crew suit-up, the teams performed a simulated launch countdown with the astronauts inside a Crew Dragon simulator and performed several emergency egress, or exit, scenarios.

The training exercise is one of several that NASA astronauts have participated in with our commercial crew partners, Boeing and SpaceX, in preparation for crew flight tests. NASA’s Commercial Crew Program continues to place astronaut safety at the forefront of preparations for human spaceflight.