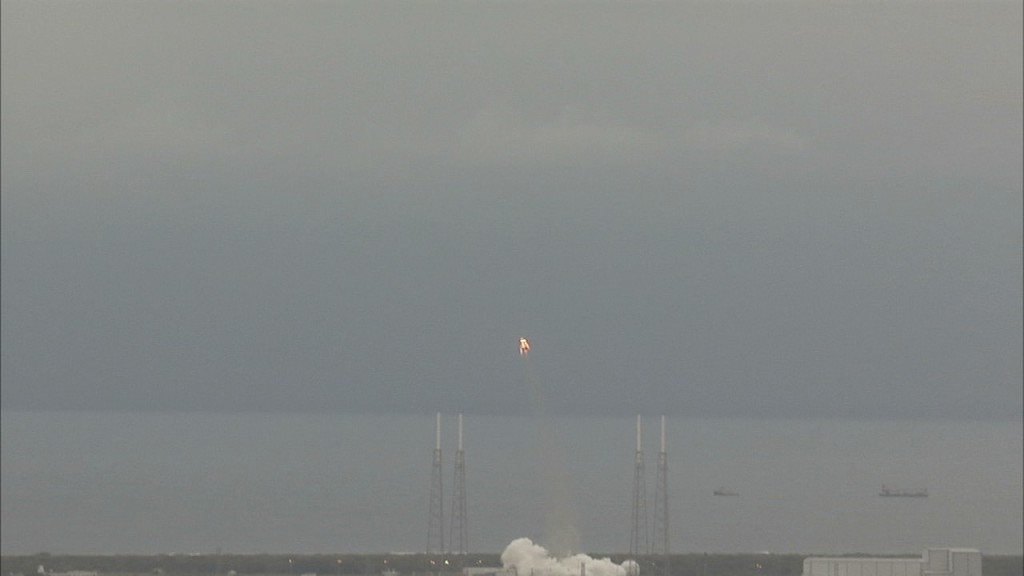 The countdown will move into the terminal or final phase at T-10 minutes. Weather remains go. 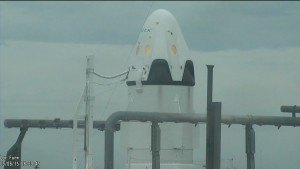 A test version of the SpaceX Crew Dragon stands ready for today’s flight test that will simulate an emergency abort from the launch pad. The SpaceX team is reporting that the vehicle, ground systems and weather are cooperating for a T-0 at 9 a.m. EDT. A go/no-go poll to enter the terminal count will be conducted at T-13 minutes.

The SuperDraco engines integrated into the side of the spacecraft will ignite at the pad and burn for about six seconds to lift the Dragon and its trunk about a mile above Cape Canaveral Air Force Station and the Atlantic Ocean. Soon after the propellant is exhausted, the spacecraft will deploy drogue chutes then three full-size parachutes. It will then splash down in the Atlantic where it will be recovered by two fast boats and a barge.

The Crew Dragon’s four “jet packs” house a total of eight SuperDrago engines around the vehicle. Each one provides about 15,000 pounds of thrust by burning hypergolic propellants monomethylhydrazine and nitrogen tetroxide. The two chemicals are called hypergolic because they ignite instantly when they come in contact with each other. Together, the eight thrusters will produce more than 120,000 pounds of thrust at ignition.

This is the first such test for the SpaceX spacecraft, which is being designed and tested in partnership with NASA’s Commercial Crew Program, and the first test of its kind from the Space Coast. The Crew Dragon’s arrangement of thrusters around the midsection of the spacecraft is a departure from previous human space exploration systems because the thrusters are integrated into the spacecraft, pushing the vehicle to safety and offering escape capability all the way to orbit. Previous spacecraft, such as Mercury and Apollo, used a small rocket on a tower mounted atop the capsules to pull the crew away from danger, but after a certain altitude, the tower system could no longer be used.

T-25 minutes and counting this morning at Space Launch Complex 40 as SpaceX preps for the Pad Abort Test for its Crew Dragon spacecraft. Watch live on NASA TV now. 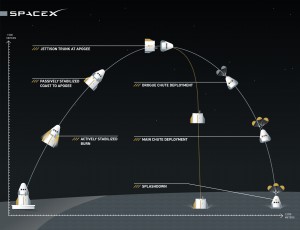 Forecasters from the U.S. Air Force 45th Weather Squadron continue to predict a 70 percent chance of favorable weather for the SpaceX Pad Abort Test. The test is planned for 9 a.m. EDT from Space Launch Complex 40 on Cape Canaveral Air Force Station in Florida. SpaceX Launch Conductor Erin Beck informed the test team that there are no weather constraints at this time.

The SpaceX pad abort test team began communications checks at about 6:40 a.m. EDT. Teams are monitoring the weather and will receive an official brief from Launch Weather Officer Mike McAleenan a little later in the countdown. The pad perimeter at Space Launch Complex 40 is now clear of all personnel.

NASA will provide updates about the test on the Commercial Crew Blog and air the test live on NASA Television. The test will see a Crew Dragon and trunk – together about 20 feet tall – fly on the power of eight SuperDraco engines. There will be no crew members aboard the spacecraft during the test, which will simulate an emergency escape from the launch pad in the unlikely case of booster failing at liftoff or other scenario that would threaten astronauts inside the spacecraft. 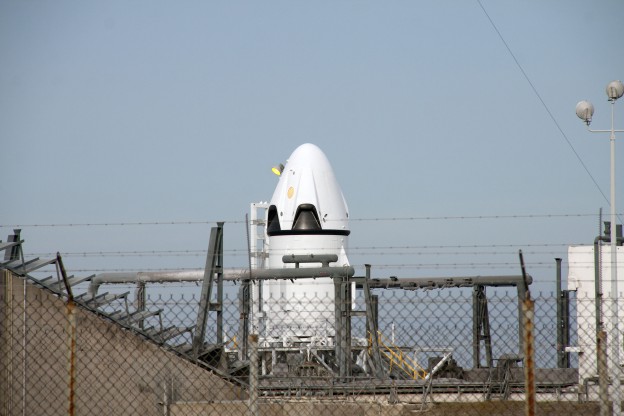 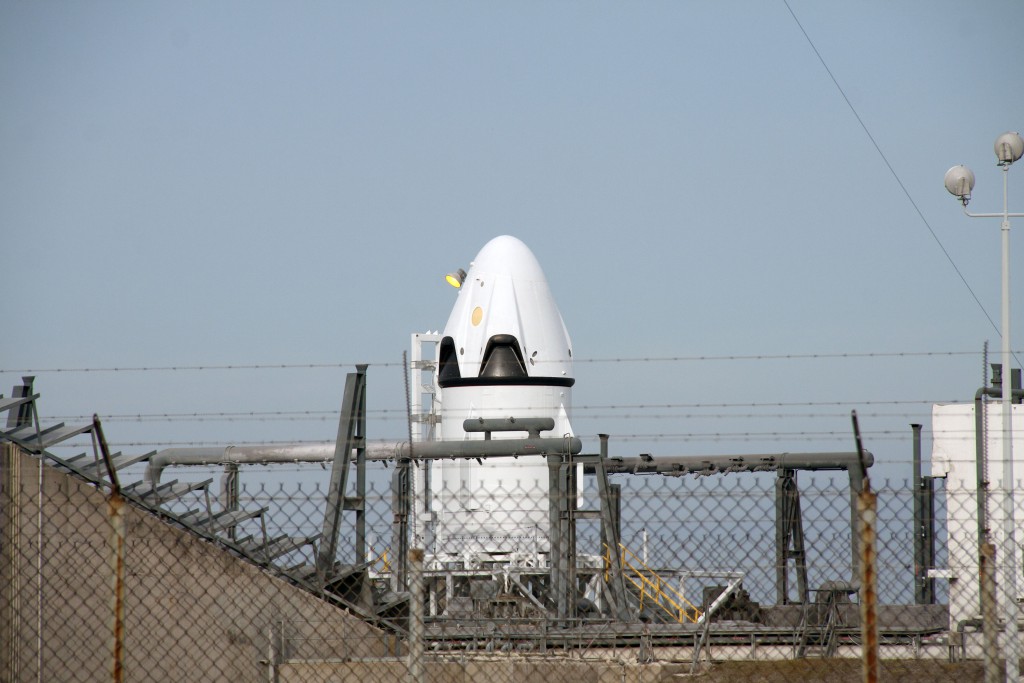 Reporters and photographers went out to Space Launch Complex 40 at Cape Canaveral Air Force Station this morning to set up equipment ahead of tomorrow’s pad abort test by the SpaceX Crew Dragon. The Crew Dragon is on a platform above the launch pad. For more photos throughout the test, go to our Flickr album. 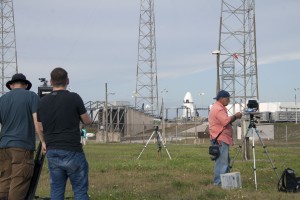 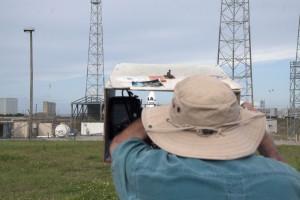