Following Crew Dragon’s link up to the Harmony module, the astronauts aboard the Resilience and the space station will begin conducting standard leak checks and pressurization between the spacecraft in preparation for hatch opening scheduled for 1:10 a.m.

NASA Television and the agency’s website are continuing to provide live continuous coverage of the agency’s SpaceX Crew-1 mission.

Four Commercial Crew astronauts aboard the SpaceX Crew Dragon are awake following their first sleep period in space. The quartet from the U.S. and Japan are now focusing on docking to the International Space Station at 11 p.m. EST today.

The SpaceX crew will first give a video tour of the inside of the Crew Dragon today live on NASA TV beginning at 4:48 p.m. Following that mission controllers will give the first “go-no go” for the station approach maneuver at 9:05 p.m.

Today’s wakeup call for the SpaceX Crew-1 mission was Phil Collins’ “In the Air Tonight” and came at 12:10 p.m. All four crewmates slept for eight hours in their Crew Dragon seats while SpaceX mission controllers in Hawthorne, California, monitored vehicle systems.

The three NASA astronauts and one JAXA astronaut are now getting ready to dock to the international docking adapter on the Harmony module’s forward port. Commander Michael Hopkins and Pilot Victor Glover, alongside Mission Specialists Shannon Walker and Soichi Noguchi, will be at the controls as the Crew Dragon completes a fully automated rendezvous and docking sequence tonight.

Expedition 64 Flight Engineer Kate Rubins is asleep onboard the station and will wake up tonight at 9:05 p.m. Afterward, she’ll begin working joint operations with the approaching Crew Dragon vehicle and ready the orbiting lab for four new crewmates.

The SpaceX Falcon 9 rocket propelled the Crew Dragon spacecraft with NASA astronauts Michael Hopkins, Victor Glover, and Shannon Walker, along with Soichi Noguchi of the Japan Aerospace Exploration Agency (JAXA), into orbit to begin a six-month science mission aboard the space station.

After reaching orbit, mission teams and the crew prepared for their continued journey to the space station. Teams on the ground moved the spacecraft, named Resilience, into the proper configuration for the trip, and the crew removed their SpaceX spacesuits and prepared the cabin as they wind down their first day in space.

SpaceX engineers completed troubleshooting on heater controls associated with Crew Dragon’s propellant system, and updated the crew. Flight controllers in Hawthorne, California, determined the control limits were set too tightly and resolved the issue by resetting the limits and rebooting the heaters.  They have verified that the heaters are working properly.

Resilience will dock autonomously to the forward port of the station’s Harmony module about 11 p.m. Monday, Nov. 16. NASA Television and the agency’s website are providing ongoing live coverage through docking, hatch opening, and the ceremony to welcome the crew aboard the orbiting laboratory.

With the SpaceX Falcon 9 rocket and Crew Dragon capsule for the Crew-1 mission now at Launch Complex 39A at Kennedy Space Center, NASA and SpaceX teams participating both on site and virtually are continuing the agency’s Crew-1 Flight Readiness Review discussions that began Monday.

The two-day meeting is expected to end this afternoon, and approximately one hour after the review ends, the agency will hold a media teleconference with the following participants: 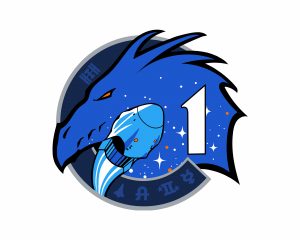