NASA astronauts Kayla Barron, Raja Chari, and Tom Marshburn, as well as ESA (European Space Agency) astronaut Matthias Maurer splashed down safely in the SpaceX Dragon Endurance in the Gulf of Mexico off the coast of Tampa, Florida, at 12:43 a.m. EDT after 177 days in space.

Teams on the Shannon recovery ship, including two fast boats, now are in the process of securing Dragon and ensuring the spacecraft is safe for the recovery effort. As the fast boat teams complete their work, the recovery ship will move into position to hoist Dragon onto the main deck of Shannon with the astronauts inside. Once on the main deck, the crew will be taken out of the spacecraft and receive medical checks before a helicopter ride to board a plane for Houston.

Get weekly video highlights at: https://roundupreads.jsc.nasa.gov/videoupdate/

The return timeline with approximate times (all times Eastern):

NASA’s SpaceX Crew-3 mission launched Nov. 10 on a Falcon 9 rocket from the agency’s Kennedy Space Center in Florida and docked to the space station Nov. 11.

Get weekly video highlights at: https://roundupreads.jsc.nasa.gov/videoupdate/ 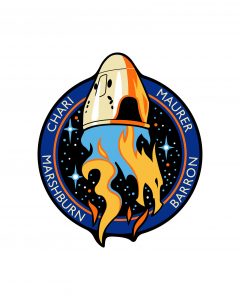 The call came in from Crew-3 Commander Raja Chari that trajectory is nominal, and the first stage has started its descent. The Falcon 9 rocket’s second stage will continue to burn for the next few minutes before intentionally shutting down.

We have liftoff! At 9:03 p.m. EST, the SpaceX Falcon 9 rocket and Crew Dragon spacecraft lit up the night sky at Kennedy Space Center in Florida, sending Crew-3 astronauts Raja Chari, Tom Marshburn, Kayla Barron, and Matthias Maurer on the start of a 22-hour journey to the International Space Station.

Coming up in just one minute, the rocket will pass through Max Q – the moment of peak mechanical stress on the rocket. Following this, the Falcon 9’s first and second stages will separate.