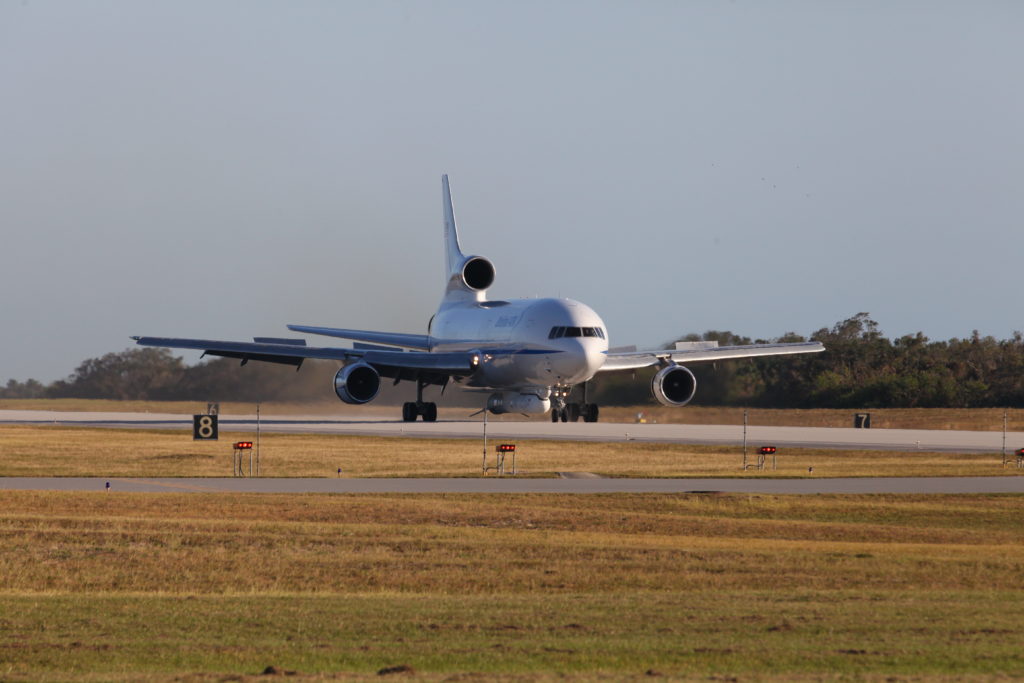 The Orbital ATK L-1011 Stargazer aircraft touched down at 3:57 p.m. EST at the Skid Strip at Cape Canaveral Air Force Station in Florida. Attached beneath the Stargazer is the Orbital ATK Pegasus XL with NASA’s Cyclone Global Navigation Satellite System (CYGNSS) on board. CYGNSS was processed and prepared for its mission at Vandenberg Air Force Base in California.

CYGNSS is scheduled for its airborne launch aboard the Pegasus XL rocket from the Skid Strip on Dec. 12. CYGNSS will make frequent and accurate measurements of ocean surface winds throughout the life cycle of tropical storms and hurricanes. The data that CYGNSS provides will enable scientists to probe key air-sea interaction processes that take place near the core of storms, which are rapidly changing and play a critical role in the beginning and intensification of hurricanes.