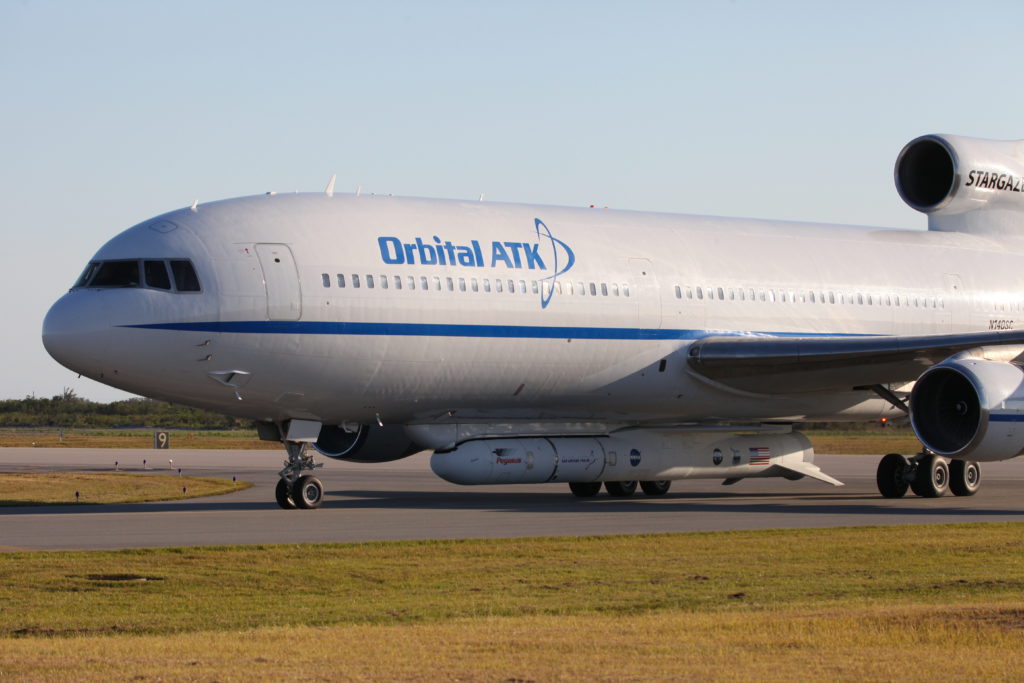 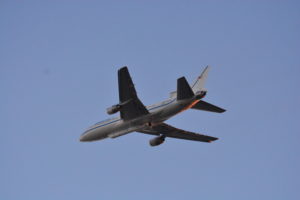 The first weather forecast for NASA’s CYGNSS mission shows meteorologists from the U.S. Air Force 45th Weather Squadron predict a 70 percent chance of favorable weather for the launch window. Launch is scheduled for 8:24 a.m. EST on Monday, Dec. 12. During the one-hour window, which opens at 8:19 a.m., CYGNSS will take off aboard an Orbital Sciences ATK air-launched Pegasus XL launch vehicle. The rocket is scheduled for deployment over the Atlantic Ocean from Orbital’s L-1011 carrier aircraft, seen in these photos with the Pegasus rocket beneath it. Photos by NASA/Kim Shiflett (top) and NASA/Randy Beaudoin.

NASA’s Kennedy Space Center will host a Facebook Live event at noon on Saturday from the Skid Strip runway at nearby Cape Canaveral Air Force Station. Briefers will highlight the science involved in the CYGNSS mission, the L-1011 aircraft and the Pegasus rocket, and participants will get a view inside the airplane. The event will stream live on Kennedy’s Facebook page at: http://www.facebook.com/NASAKennedy

CYGNSS will make frequent and accurate measurements of ocean surface winds throughout the lifecycle of tropical storms and hurricanes. The CYGNSS constellation consists of eight microsatellite observatories that will measure surface winds in and near a hurricane’s inner core, including regions beneath the eyewall and intense inner rainbands that previously could not be measured from space.

To learn more about the CYGNSS mission, visit: https://www.nasa.gov/cygnss