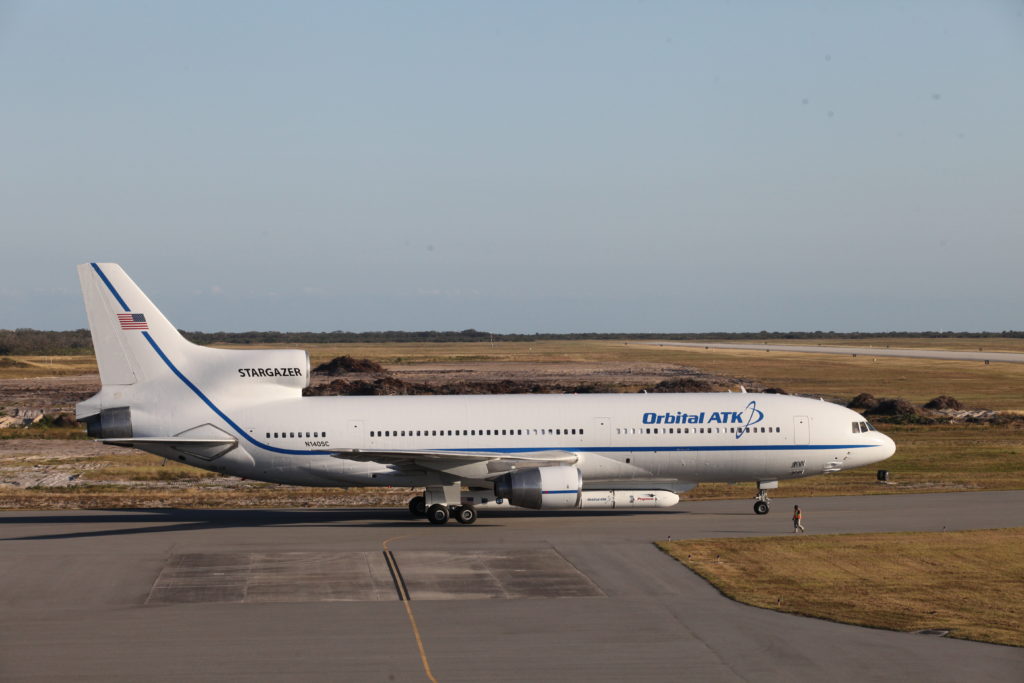 It is L-2 days here in Florida for NASA’s CYGNSS mission and there are several events scheduled that can be seen on social media and NASA TV this afternoon. We’ve also released a pair of launch preview videos which you can see at the bottom or on Kennedy’s YouTube page. The CYGNSS mission is to launch Monday at 8:24 a.m. EST. Here’s what’s coming up today:

Noon – Facebook Live
Kennedy will host a Facebook Live event at noon from the Skid Strip runway at nearby Cape Canaveral Air Force Station. Briefers will highlight both the science involved in the CYGNSS mission, as well as the L-1011 aircraft and the Pegasus rocket, and participants will get a view inside the airplane. The event will stream live on Kennedy’s Facebook page at http://www.facebook.com/NASAKennedy

Launch is scheduled for 8:24 a.m. EST Monday, Dec. 12. During the one-hour window, which opens at 8:19 a.m., CYGNSS will take off aboard an Orbital ATK air-launched Pegasus XL launch vehicle. The rocket is scheduled for deployment over the Atlantic Ocean from Orbital’s L-1011 carrier aircraft.