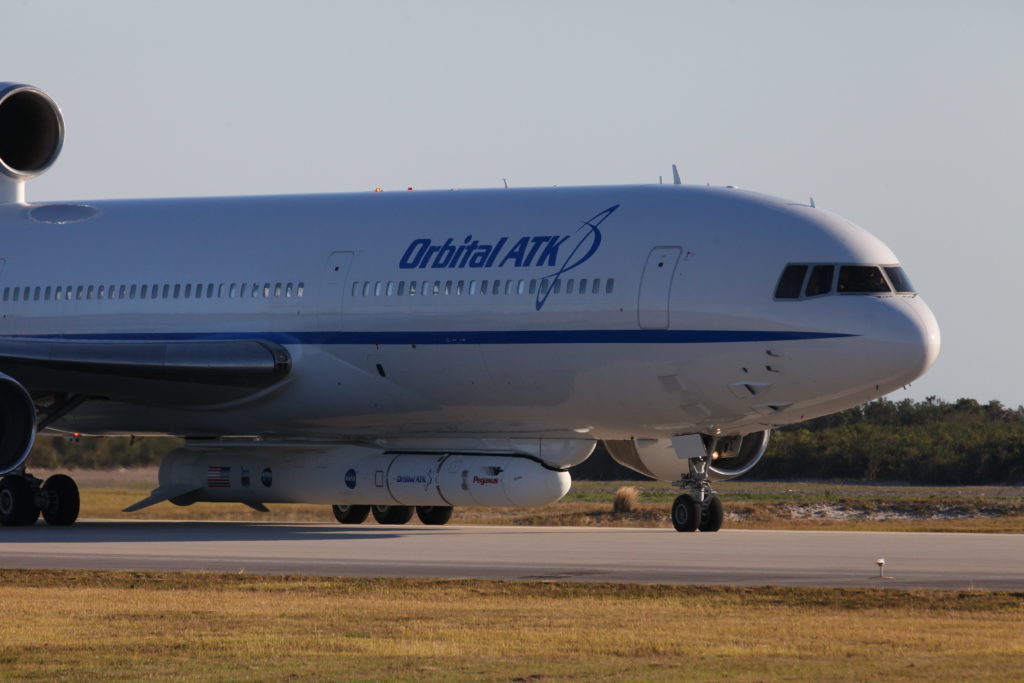 The L-1 Day forecast from the U.S. Air Force 45th Weather Squadron has improved to a 60 percent chance of favorable weather for the launch of NASA’s CYGNSS mission spacecraft. Launch is scheduled for 8:24 a.m. EST Monday during the one-hour window, which opens at 8:19 a.m. CYGNSS will take off aboard an Orbital Sciences ATK air-launched Pegasus XL launch vehicle about an hour before launch. The rocket is scheduled for deployment over the Atlantic Ocean from Orbital’s L-1011 carrier aircraft. Launch coverage will begin at 6:30 a.m. here on NASA’s Launch Blog and at 7 a.m. on NASA Television and the agency’s website.