For updates on the CYGNSS mission, please see the principle investigator’s Notes from the Field blog. 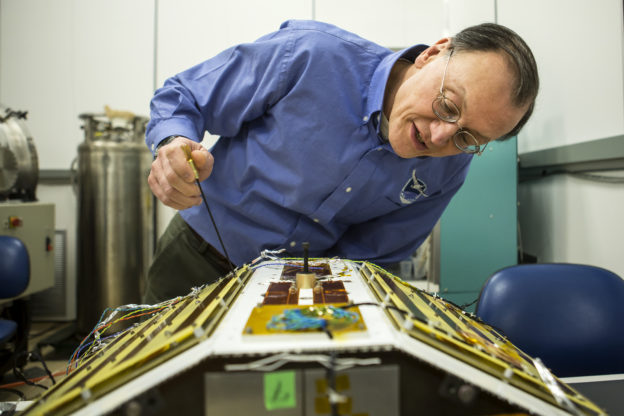 We have successfully contacted each of the 8 observatories on our first attempt. This bodes very well for their health and status, which is the next thing we will be carefully checking with the next contacts in the coming days.

It is an amazingly rewarding feeling to spend such an intense and focused time working on CYGNSS and then, in a matter of just a few hours, have the entire constellation suddenly come to life. I am excited (and a little exhausted) and really looking forward to diving into the engineering data in the coming days, and then into the science data in the weeks to follow.

CYGNSS satellite six was contacted at 3:01 p.m. EST, seven at 3:28 EST, both by the ground station in Chile. One more to go!

The fifth CYGNSS satellite was contacted at 1:53 p.m. EST — also at a Chile ground station. Three to go!

The fourth satellite was contacted at 1:48 p.m. EST through a ground station in Chile — four more to go!

The second satellite was contacted at 1:21 p.m. EST through our Hawaii ground station, the third at 1:24 p.m. Both are healthy. Five to go!

Contact was successfully established at 11:42AM EST through the Hawaii ground station.

Contact with the second CYGNSS micro-satellite is expected at approximately 1:20pm EST. 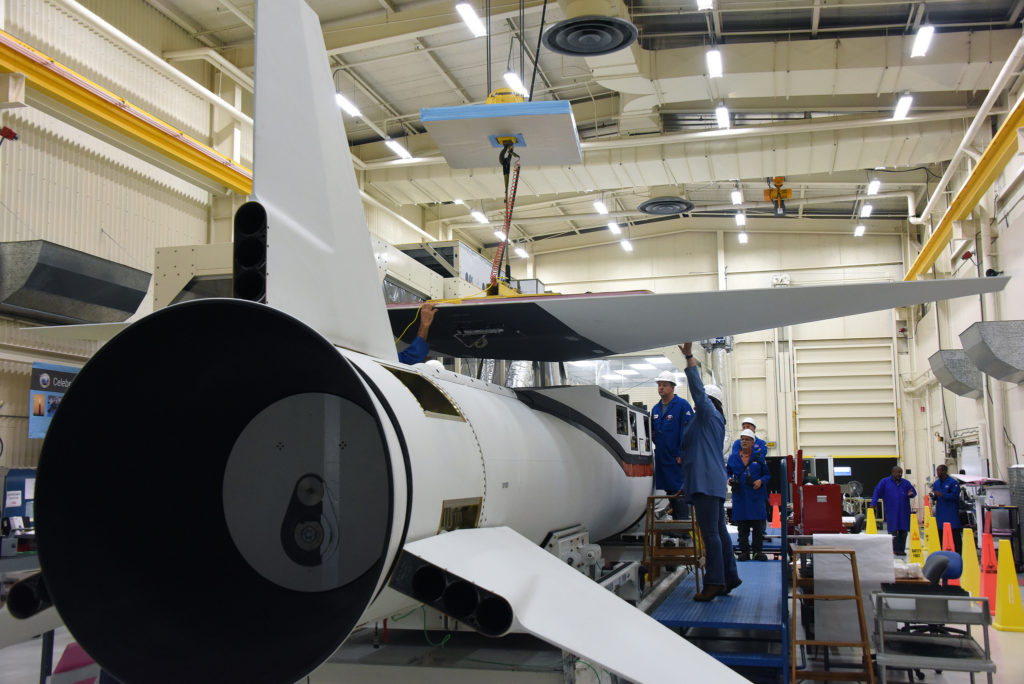 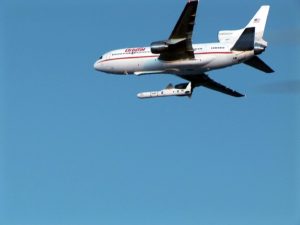 Orbital ATK’s Pegasus rocket gets its payloads into space just like a conventional rocket, but instead of lifting off from the ground, the Pegasus starts its trip already in the air. That’s because a modified L-1011 airliner carries the Pegasus and its payload – CYGNSS in this case – to about 39,000 feet. Pegasus begins its solo flight by being released from the belly of the airliner.

Five seconds of free-fall ends when the solid-fueled first stage ignites. With its main, delta-shaped wing providing lift and a rudder and elevators on the back steering, the Pegasus noses up quickly and heads into orbit, discarding its first stage after leaving the thick portion of the atmosphere. The second and third stages, also burning solid propellants, take over to place the satellites in their prescribed orbit. Here’s a look at what makes the Pegasus flights different: 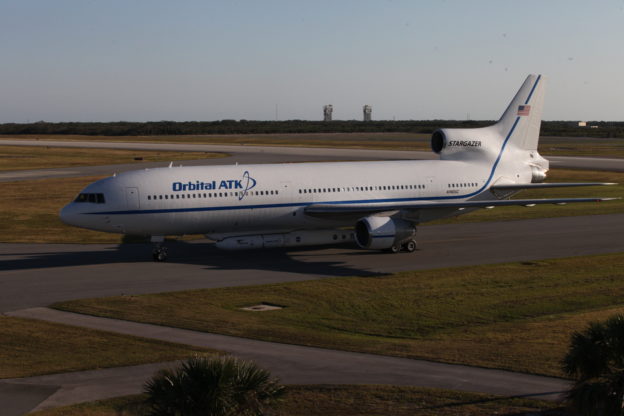 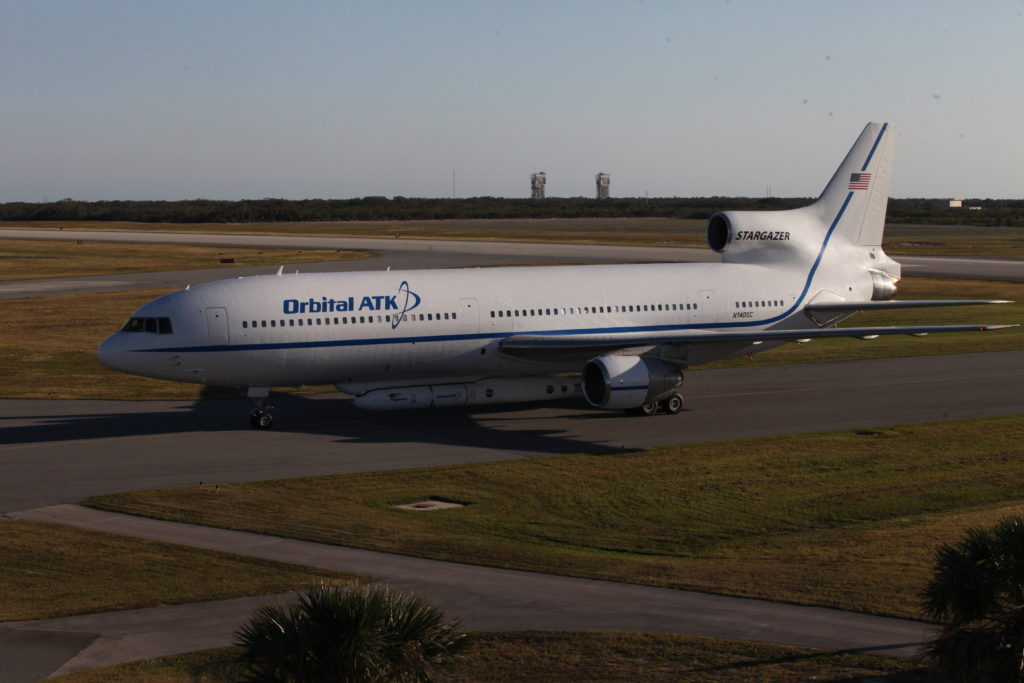 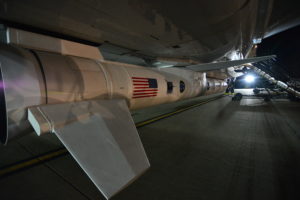 A revised forecast from the U.S. Air Force 45th Weather Squadron predicts deteriorating conditions and a 40 percent chance of favorable weather for the launch of NASA’s CYGNSS spacecraft. Launch is scheduled for 8:24 a.m. EST Monday, Dec. 12 aboard an Orbital Sciences ATK air-launched Pegasus XL launch vhicle, seen on the right beneath the L-1011 aircraft called “Stargazer” that will carry the rocket to a deployment altitude about 39,000 feet above the Atlantic Ocean.

The primary concerns are for precipitation, lightning and Cumulus clouds. The rocket is scheduled for deployment over the Atlantic Ocean from Orbital’s L-1011 carrier aircraft, seen above with the Pegasus underneath.

NASA’s Kennedy Space Center will host a Facebook Live event at noon on Saturday from the Skid Strip runway at nearby Cape Canaveral Air Force Station. Briefers will highlight the science involved in the CYGNSS mission, the L-1011 aircraft and the Pegasus rocket, and participants will get a view inside the airplane. The event will stream live on Kennedy’s Facebook page at http://www.facebook.com/NASAKennedy