Just one part of NASA’s larger planetary defense strategy, DART – built and managed by the Johns Hopkins Applied Physics Laboratory (APL) in Laurel, Maryland – will impact a known asteroid that is not a threat to Earth. Its goal is to slightly change the asteroid’s motion in a way that can be accurately measured using ground-based telescopes.

DART will show that a spacecraft can autonomously navigate to a target asteroid and intentionally collide with it – a method of deflection called kinetic impact. The test will provide important data to help better prepare for an asteroid that might pose an impact hazard to Earth, should one ever be discovered. LICIACube, a CubeSat riding with DART provided by the Italian Space Agency (ASI), will be released prior to DART’s impact to capture images of the impact and the resulting cloud of ejected matter. Roughly four years after DART’s impact, ESA’s (European Space Agency) Hera project will conduct detailed surveys of both asteroids, with particular focus on the crater left by DART’s collision and a precise determination of Dimorphos’ mass.

“DART is turning science fiction into science fact and is a testament to NASA’s proactivity and innovation for the benefit of all,” said NASA Administrator Bill Nelson. “In addition to all the ways NASA studies our universe and our home planet, we’re also working to protect that home, and this test will help prove out one viable way to protect our planet from a hazardous asteroid should one ever be discovered that is headed toward Earth.”

At 2:17 a.m., DART separated from the second stage of the rocket. Minutes later, mission operators received the first spacecraft telemetry data and started the process of orienting the spacecraft to a safe position for deploying its solar arrays. About two hours later, the spacecraft completed the successful unfurling of its two, 28-foot-long, roll-out solar arrays. They will power both the spacecraft and NASA’s Evolutionary Xenon Thruster – Commercial ion engine, one of several technologies being tested on DART for future application on space missions.

“At its core, DART is a mission of preparedness, and it is also a mission of unity,” said Thomas Zurbuchen, associate administrator for the Science Mission Directorate at NASA Headquarters in Washington. “This international collaboration involves DART, ASI’s LICIACube, and ESA’s Hera investigations and science teams, which will follow up on this groundbreaking space mission.”

Since Dimorphos orbits Didymos at much a slower relative speed than the pair orbits the Sun, the result of DART’s kinetic impact within the binary system can be measured much more easily than a change in the orbit of a single asteroid around the Sun.

“We have not yet found any significant asteroid impact threat to Earth, but we continue to search for that sizable population we know is still to be found. Our goal is to find any possible impact, years to decades in advance, so it can be deflected with a capability like DART that is possible with the technology we currently have,” said Lindley Johnson, planetary defense officer at NASA Headquarters. “DART is one aspect of NASA’s work to prepare Earth should we ever be faced with an asteroid hazard. In tandem with this test, we are preparing the Near-Earth Object Surveyor Mission, a space-based infrared telescope scheduled for launch later this decade and designed to expedite our ability to discover and characterize the potentially hazardous asteroids and comets that come within 30 million miles of Earth’s orbit.”

The spacecraft will intercept the Didymos system between Sept. 26 and Oct. 1, 2022, intentionally slamming into Dimorphos at roughly 4 miles per second (6 kilometers per second). Scientists estimate the kinetic impact will shorten Dimorphos’ orbit around Didymos by several minutes. Researchers will precisely measure that change using telescopes on Earth. Their results will validate and improve scientific computer models critical to predicting the effectiveness of the kinetic impact as a reliable method for asteroid deflection.

“It is an indescribable feeling to see something you’ve been involved with since the ‘words on paper’ stage become real and launched into space,” said Andy Cheng, one of the DART investigation leads at Johns Hopkins APL and the individual who came up with the idea of DART. “This is just the end of the first act, and the DART investigation and engineering teams have much work to do over the next year preparing for the main event ─ DART’s kinetic impact on Dimorphos. But tonight we celebrate!”

DART’s single instrument, the Didymos Reconnaissance and Asteroid Camera for Optical navigation (DRACO), will turn on a week from now and provide first images from the spacecraft. DART will continue to travel just outside of Earth’s orbit around the Sun for the next 10 months until Didymos and Dimorphos will be a relatively close 6.8 million miles (11 million kilometers) from Earth.

A sophisticated guidance, navigation, and control system, working together with algorithms called Small-body Maneuvering Autonomous Real Time Navigation (SMART Nav), will enable the DART spacecraft to identify and distinguish between the two asteroids. The system will then direct the spacecraft toward Dimorphos. This process will all occur within roughly an hour of impact.

Johns Hopkins APL manages the DART mission for NASA’s Planetary Defense Coordination Office as a project of the agency’s Planetary Missions Program Office. NASA provides support for the mission from several centers, including the Jet Propulsion Laboratory in Southern California, Goddard Space Flight Center in Greenbelt, Maryland, Johnson Space Center in Houston, Glenn Research Center in Cleveland, and Langley Research Center in Hampton, Virginia. The launch is managed by NASA’s Launch Services Program, based at the agency’s Kennedy Space Center in Florida. SpaceX is the launch services provider for the DART mission.

For more information about the DART mission, visit: https://www.nasa.gov/dartmission.

NASA’s Double Asteroid Redirection Test (DART) spacecraft has separated from the Falcon 9 second stage and is flying on its own.

A SpaceX Falcon 9 rocket carrying NASA’s Double Asteroid Redirection Test (DART) spacecraft has launched from Space Launch Complex 4 at Vandenberg Space Force Base in California. Launch time was 10:21 p.m. PST on Nov. 23 (1:21 a.m. Nov. 24). DART will soon be on its voyage to rendezvous with an asteroid. 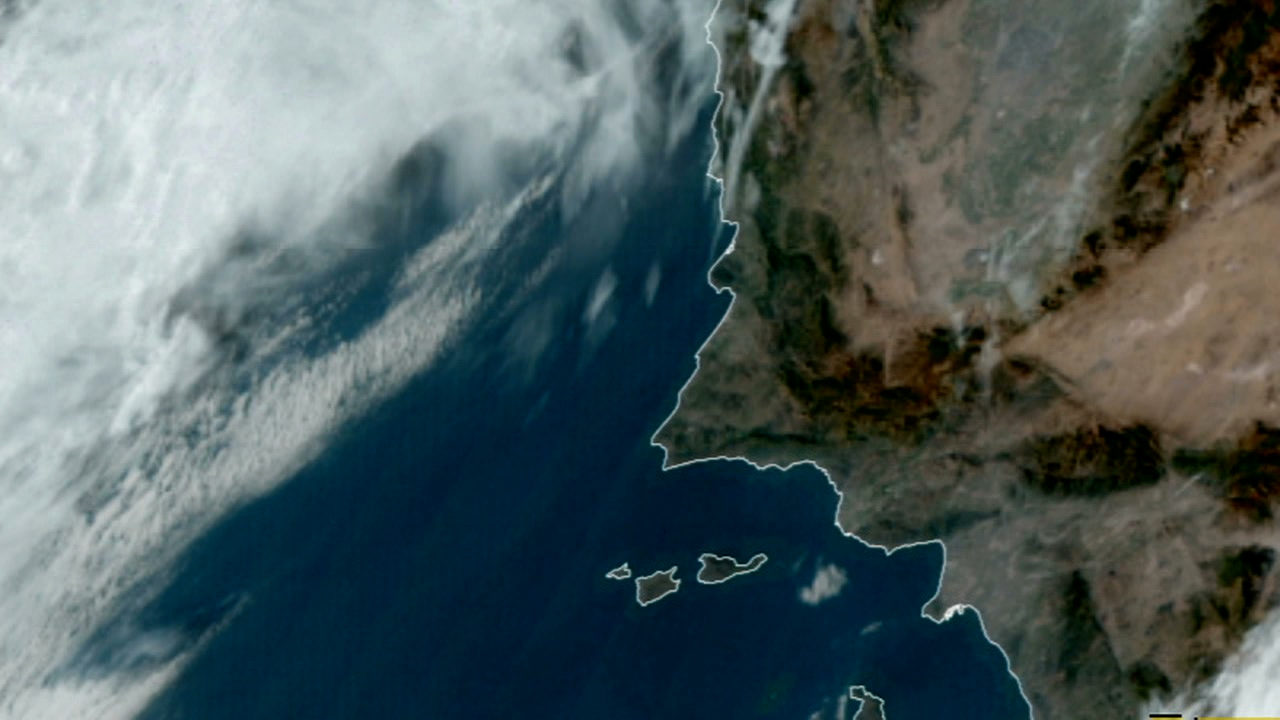 The weather officer with Space Launch Delta 30 reports that weather is still 90 percent “go” at launch time for NASA’s Double Asteroid Redirection Test mission. Conditions at Vandenberg Space Force Base in California are favorable for launch. Winds are 18 miles per hour and temperature is 48 degrees Fahrenheit.

Fueling of the SpaceX Falcon 9 first and second stages is underway. NASA and SpaceX mission and launch managers will begin the final poll for launch.

Latest weather update is 90 percent “go” for a launch.

The DART spacecraft and its single instrument, the Didymos Reconnaissance and Asteroid Camera for Optical (DRACO) navigation, was built by the Johns Hopkins Applied Physics Laboratory (APL) in California. DRACO will capture images of the asteroids Didymos and Dimorphos, and support autonomous optical navigation for the DART spacecraft.

DART contains several new technologies, including the APL-developed Small-body Maneuvering Autonomous Real-Time Navigation (SMART Nav) algorithms to autonomously direct the spacecraft toward its target. SMART Nav will use images from DRACO to identify and distinguish between Dimorphos and Didymos.

Our coverage on the blog originates from the News Center at Kennedy Space Center in Florida. NASA’s Launch Services Program, based at Kennedy, America’s multi-user spaceport, is managing the launch.

Stay tuned for more updates as we count down to launch for this exciting mission.

The SpaceX Falcon 9 is a partially reusable two-stage rocket. It is powered by nine SpaceX Merlin engines. Its first stage uses rocket-grade kerosene and liquid oxygen, while the second stage uses liquid oxygen.

The Falcon 9 can lift payloads of up to 50,300 pounds to low-Earth orbit, and 18,300 pounds to geostationary transfer orbit, or GTO. Falcon 9 generates more than 1.7 million pounds of thrust at liftoff. The Falcon 9 booster for this mission previously flew on NASA’s Sentinel-6 Michael Freilich mission and a SpaceX Starlink mission.

The first stage separates and re-enters Earth’s atmosphere, landing vertically. The Falcon 9 has four hypersonic grid fins at the base of its interstage to orient the rocket during reentry. For this launch, the first stage will land on SpaceX’s Of Course I Still Love You drone ship, which will be located in the Pacific Ocean.