The Deep Space Climate Observatory (DSCOVR) is scheduled to launch at 6:10 p.m. EST Sunday, Feb. 8 from Space Launch Complex 40 at Cape Canaveral Air Force Station in Florida on a SpaceX Falcon 9 rocket. A backup launch opportunity is available on Feb. 9 at 6:07 p.m., if needed.

NASA Television coverage of the launch will begin at 3:30 p.m. In addition to launch coverage, NASA TV will also air a prelaunch news conference at 1 p.m. Saturday, Feb. 7.

DSCOVR is a partnership between NOAA, NASA and the U.S. Air Force and will maintain the nation’s solar wind observations. These observations are critical to the accuracy and lead time of NOAA’s space weather alerts, forecasts, warnings and space weather events like geomagnetic storms caused by changes in solar wind, which affect public infrastructure systems including power grids, telecommunications systems and avionics aboard aircraft.  DSCOVR will succeed NASA’s Advanced Composition Explorer (ACE) in supporting solar observations and provide 15 to 60 minute warning time to improve predictions of geomagnetic storm impact locations.

Media who wish to attend the prelaunch events, including the launch pad photo opportunity, prelaunch news conference and launch, may request accreditation online at:

For a full and updated schedule of prelaunch briefings, events and NASA TV coverage, visit:

For in-depth prelaunch, countdown and launch day coverage of the liftoff of DSCOVR aboard the Falcon 9, visit:

For more information about the DSCOVR mission, visit:

The Pass and Identification Building on State Road 3, Merritt Island, will be open to pick up media credentials based on the following schedule:

The NASA News Center hours of operation for DSCOVR are:

Saturday, Feb. 7 (L-1 day): The prelaunch news conference for the DSCOVR mission will be held at Kennedy’s Press Site at 1 p.m. NASA Television will provide live coverage, as well as streaming on the Internet.

Participating in the prelaunch news conference will be:

No post-launch news conference is planned.

Sunday, Feb. 8 (L-0 day): Media will be able to establish sound-activated remote cameras at the launch pad. The location is within Space Launch Complex 40 on the east side of the complex outside the pad perimeter fence. Media who want to participate in remote camera setup and the Falcon 9/DSCOVR photo opportunity should be at Kennedy’s Press Site not later than 10:15 a.m. Departure by government bus will be at 10:30 a.m. Arrival back at the Press Site will be at approximately 12:30 p.m. after remote cameras have been established.

Audio only of the news conferences and launch coverage will be carried on the NASA “V” circuits which may be accessed by dialing 321-867-1220, -1240, -1260 or -7135. On launch day, “mission audio,” the launch conductor’s countdown activities without NASA TV launch commentary, will be carried on 321-867-7135 starting at 3 p.m. Launch also will be available on local amateur VHF radio frequency 146.940 MHz heard within Brevard County on the Space Coast.

Prelaunch and launch day coverage of the DSCOVR flight will be available on the NASA website. Coverage will include live streaming and text updates beginning at 3:30 p.m. as the countdown milestones occur.

Follow the launch countdown on NASA’s launch blog which may be accessed at:

On-demand streaming video, podcast and photos of the launch will be available shortly after liftoff. For questions about countdown coverage, contact Nancy Bray at 321-867-9112.

NASA will update Twitter throughout the launch countdown. For updates, visit:

NASA also will update Facebook throughout the launch countdown. For updates, visit:

Recorded status reports on the launch of DSCOVR and associated pre-launch activities will be provided on the Kennedy media phone line starting Thursday, Feb. 5. The telephone number is 321-867-2525.

Limited wireless access capability for the news media is available at the Kennedy Press Site as “nasaguest” with the password also “nasaguest.”  Further instructions will be placed on the interview desk counter.

To learn more about the DSCOVR mission by going to NOAA’s mission home page at: 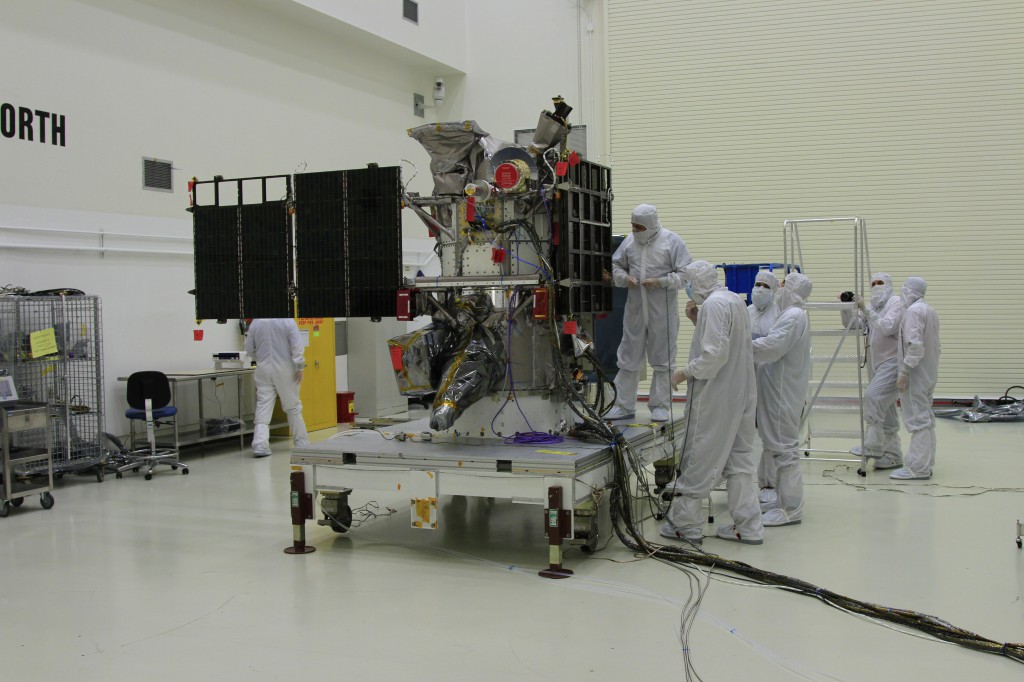 We have a host of photos from Astrotech where the DSCOVR spacecraft is being prepared for launch Feb. 8. The photos include recent testing of the solar arrays, including unfurling them as they will after the DSCOVR gets into space. 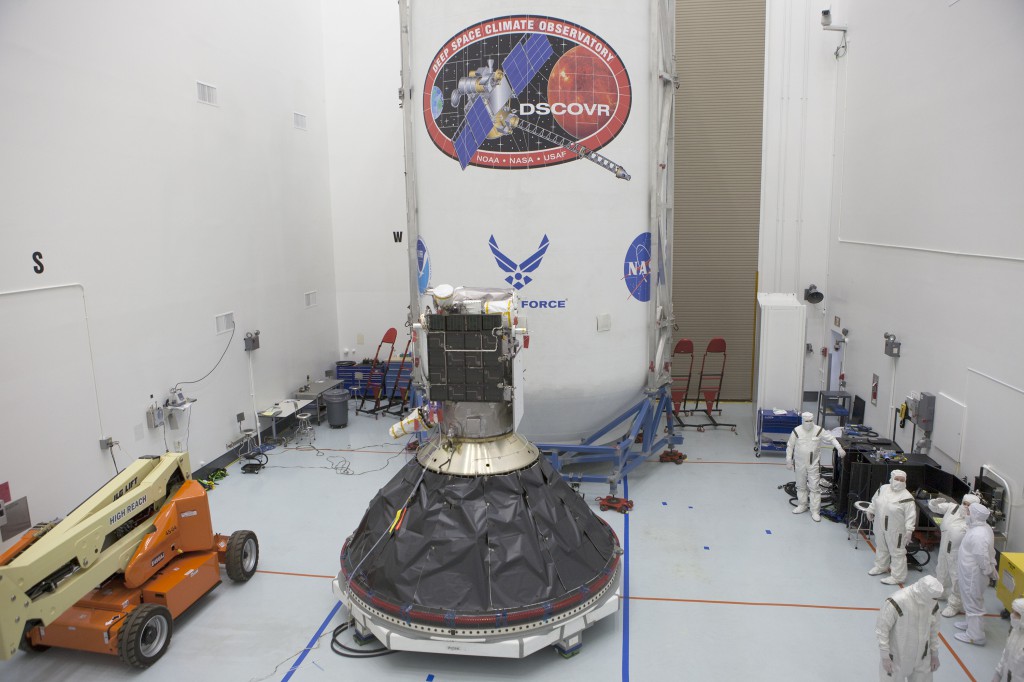