Before landing, the seven-person team will fly over coastline near Thule today to map glaciers where they meet the sea. After today, the team will make three more science flights to complete mapping the entire Greenland coastline – this information about the heights of hundreds of glaciers will form the baseline for the next five years of study, providing new insights into the ice sheet’s contribution to sea level rise.

Here’s the second part of our Q&A with Oceans Melting Greenland (OMG) principal investigator Josh Willis, an oceanographer at NASA’s Jet Propulsion Laboratory in Pasadena, California, specializing in sea level rise. Josh is also a graduate of the improv program at Second City Hollywood Conservatory in Los Angeles. Here he describes how exercising his sense of humor improves his science.

In high school, I actually enjoyed physics and calculus, which was weird. So in college, that’s what I wound up doing. But just so I didn’t lose my humanity entirely I minored in theater, which is probably one of the best decisions I made in college. Since I’ve been in Los Angeles, I’ve taken improv classes at Second City Hollywood and continue to perform regularly with a group.

I’ve realized that I love talking about science. One of the most important things you learn in grad school is how to talk to other scientists, but it has a side effect of making you forget how to talk to everyone else. I spent 10 years learning how to talk to scientists and now I’ve had to spend 10 years unlearning that.

I think what I’ve learned from those classes and performing is important, and not just in explaining the science to people. There’s a certain amount of creativity that’s required to do innovative science. There are a lot of really big questions in climate science – like, how much will sea level rise? A certain amount of creativity is needed especially when you’re trying to propose a big project.

With OMG, we really set up a classic experiment. We are testing a hypothesis. We’re measuring the ocean, and we’re measuring the response of the glaciers. What we really want to be able to say is that we’ve measured X amount of warming and Y amount of ice melt, and we want to capture that all around the island for a period of five years. We have several different observational campaigns to try and crack this problem. And I think reawakening the creative part of my brain definitely helped cook that up.

Oceans Melting Greenland will pave the way for improved estimates of sea level rise by investigating the extent to which the oceans are melting Greenland’s ice. OMG will observe changing water temperatures and glaciers that reach the ocean around all of Greenland from 2015 to 2020. 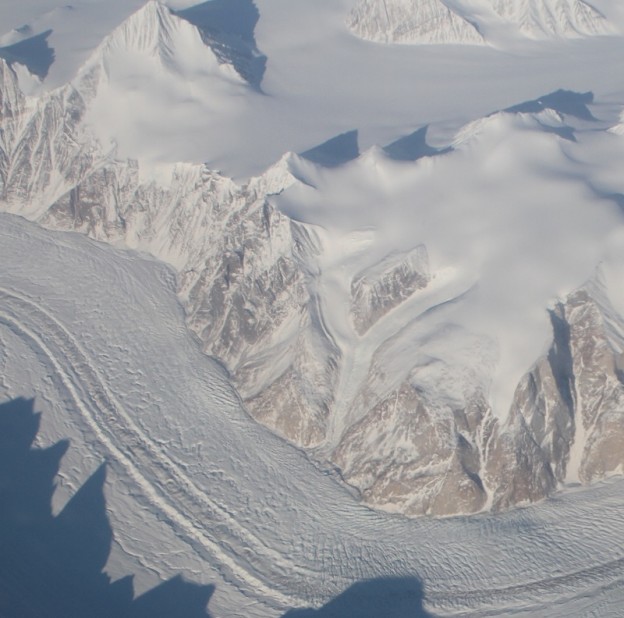 The Oceans Melting Greenland (OMG) team is flying NASA’s G-III at about 40,000 feet. On a clear day, this altitude also provides a stunning perspective of one of the world’s two great ice sheets (the other is Antarctica). The flight Saturday, March 26, over the northeast coastline was one of those clear days.

“Today was spectacular – we had really good visibility,” said Josh Willis, OMG’s principal investigator. “It was a really dramatic landscape. Really beautiful and amazing to watch.” 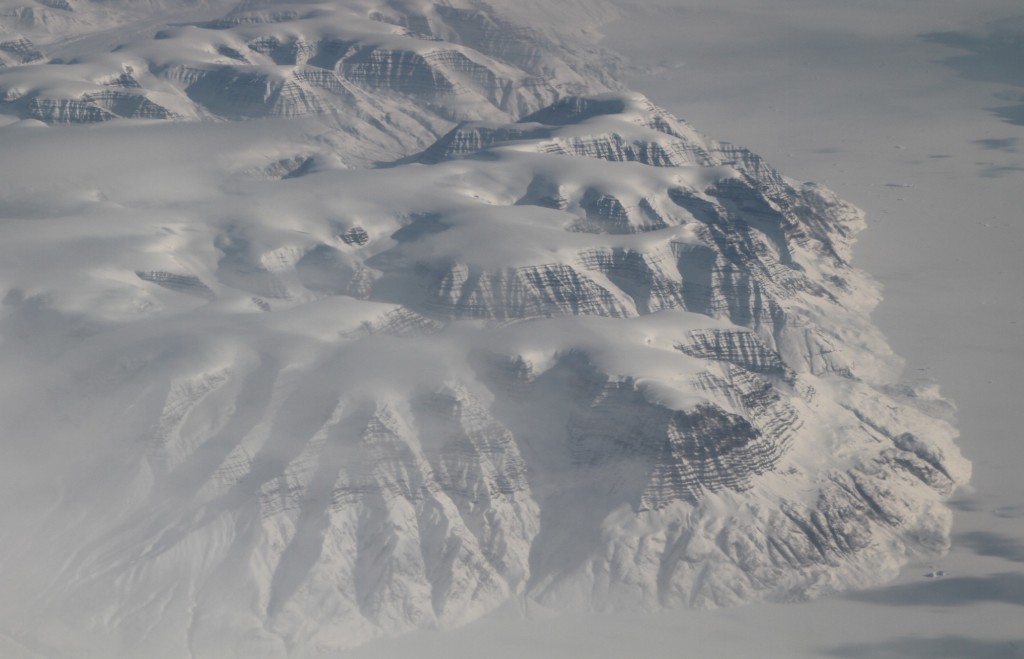 But the altitude wasn’t chosen for the 40,000-foot view. It was selected out of necessity to provide the exact position needed to map the height of glacier edges where they meet the ocean.

The OMG team is now just a few flights away from mapping glacier heights around the entire coast of Greenland. These measurements will form the baseline of this first-of-its-kind experiment, clarifying the picture of how Greenland’s glaciers are responding at a time when many signs point to accelerating change. 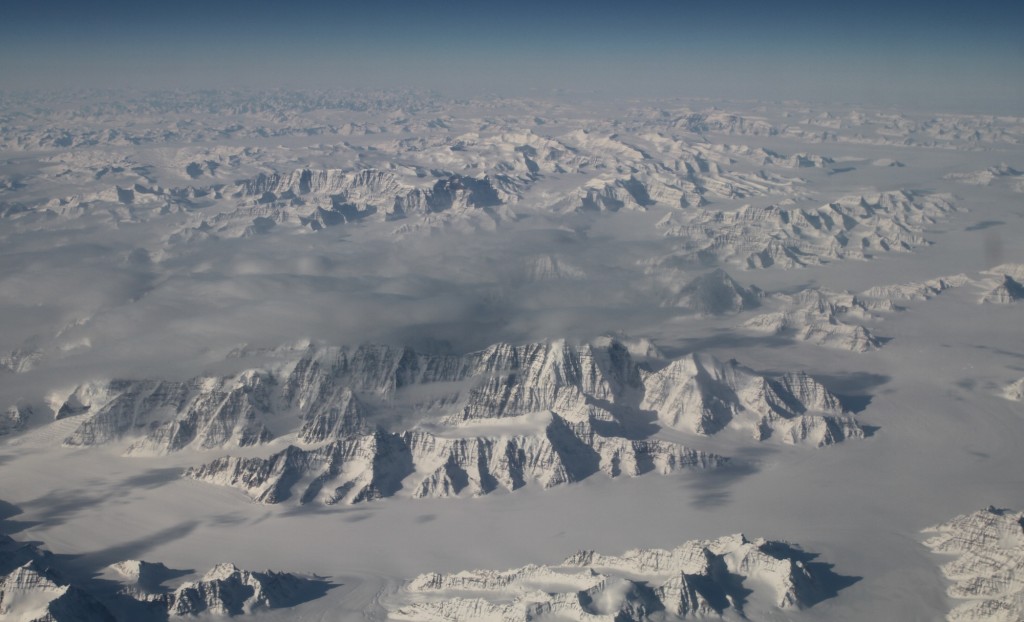 “Four more flights and we will have mapped the coastline all the way around Greenland and captured almost every marine-terminating glacier here,” Willis said. “That’s the goal of OMG: to get the big picture of how the ice is disappearing, where it’s happening and why.”

Oceans Melting Greenland (OMG) will pave the way for improved estimates of sea level rise by investigating the extent to which the oceans are melting Greenland’s ice. OMG will observe changing water temperatures and glaciers that reach the ocean around all of Greenland from 2015 to 2020.

It’s a “hard down” day in Keflavik. The plane, pilots and crew are on the ground to plan future flights, process reams of data and decompress after seven straight days of flying that began with a transit from the U.S. to Greenland.

Days in the field last well beyond an eight-hour workday, and require switching back and forth from long-term planning, to near-term decision making, to handling the in-the-moment work of flying or maintaining the plane or operating the radar and flight systems.

“All together, it’s about all you can do in a day,” said pilot Dick Clark, who is based at Johnson Space Center.

That work, though, is paying off. The OMG team has flown over about half of Greenland’s coastline in its science flights to date, gathering data that will lay the foundation for the next five years of field work and for improved knowledge of Greenland’s contribution to sea level rise.

In the next few days, the team will continue with flights from Iceland and then several flights from Thule, Greenland. Ultimately, they will cover the whole coastline of the massive island, which is three times the size of Texas. From next year until 2020, the team will fly the exact same flight lines. Five years of consecutive radar measurements will tell scientists which glaciers are thinning and by how much.

The next flight on Saturday, March 26 will take the crew to the northeast coast of Greenland. Today? Data, email and rest.

The seven-person Oceans Melting Greenland (OMG) team arrived in Keflavik earlier this week to make its first round of research flights over Greenland’s eastern coast. The team is flying NASA’s GLISTIN-A radar to measure the thickness of glaciers that flow to the ocean.

Josh Willis, an oceanographer at NASA’s Jet Propulsion Laboratory, Pasadena, California, specializing in sea level rise, is the principal investigator of the OMG campaign and a graduate of Second City Hollywood improv Conservatory Program in Los Angeles. Before the first flight got underway, Josh described the goal of OMG, how he arrived at his career, and how exercising his sense of humor improves his science.

“I was very curious from a young age. I asked my parents questions about how things worked all the time. Eventually, when they stopped being able to answer them, they gave me books instead of answers. I liked understanding how things worked and why they worked the way they did.

“I went to grad school for physics for two years and I failed out. Yes, you can write that. I loved taking classes and learning the physics of the last 100 years, but all the new frontiers are so esoteric that it wasn’t fun anymore. I was definitely losing interest. I tried to be an astronomer for a little while and that didn’t suit me. When I realized I wasn’t going to be a physicist I was a little lost.”

Willis was soon connected with the Scripps Institution of Oceanography, where he eventually earned his PhD.

“I became fascinated with Earth science. I very quickly realized I wanted to study things that were important, so I started working on climate change. My adviser gave me a project to study the Tasman Sea between Tasmania and Australia. I was looking at how much the sea was warming and what that meant for sea level. When I finished, my adviser asked me what I wanted to do next. And I said, ‘I want to do the same thing – except for the whole world.’

“In the future the biggest contributors to sea level rise are going to be the ice sheets. If we get 3 feet, or 5 feet or even 6 feet by 2100, it will be because Greenland and Antarctica are melting. So these are big pieces of the puzzle. And Greenland seemed like a good one to attack. There are a lot of measurements of Greenland itself, but we really don’t have a good handle on how big a role the ocean is playing in this melting.

“What we hope to do with OMG is ultimately shed light on how much Greenland is going to melt in the future.” 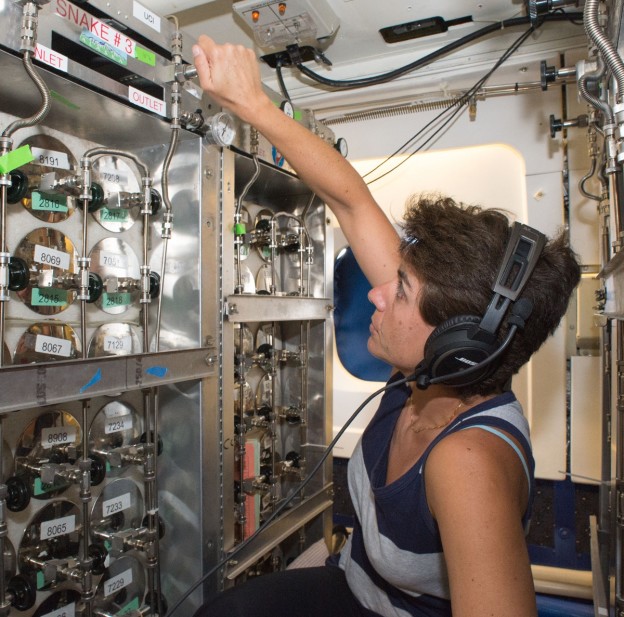 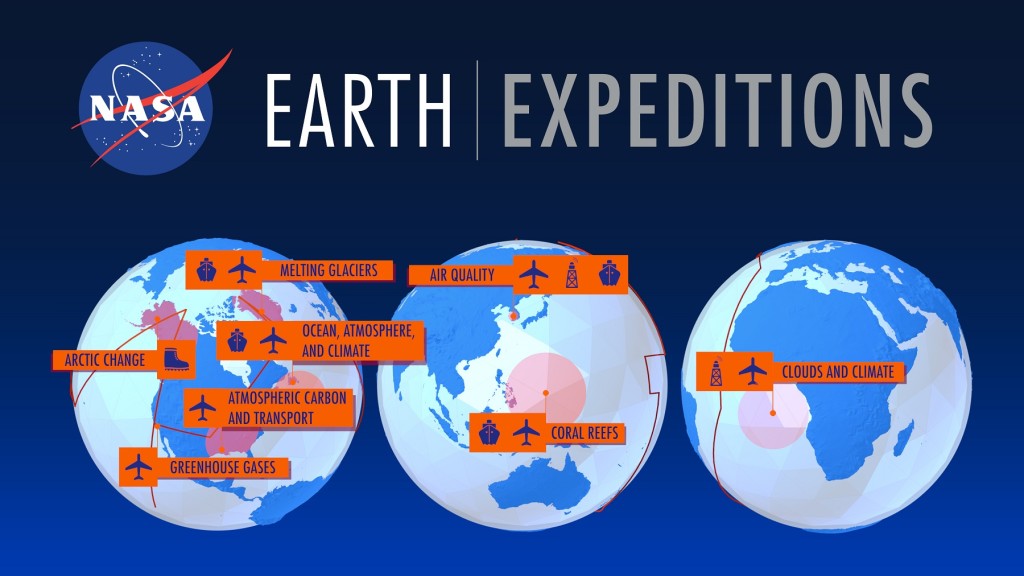