The Student Airborne Research Program (SARP) is now in its eighth summer. Many SARP alumni have gone on to get advanced degrees, others now work at NASA centers, national labs and universities, and some even participate on NASA Airborne Science Program research campaigns.

Two SARP alumni, Benjamin Nault (2010) and Tamara Sparks (2012), were instrument scientists on board the DC-8 during the Korea U.S.-Air Quality mission in May. Ben is a postdoc at the University of Colorado, Boulder. He operated an instrument that measured the chemical composition of small particles in the atmosphere. Tamara is a graduate student at the University of California, Berkeley, who operated an instrument that measures nitrogen dioxide, a molecule that is important for understanding pollution production rates and lifetimes. Here they describe how the SARP internship influenced their careers and their work on the KORUS-AQ mission.

When you were a little kid, what did you want to be when you grew up?

Ben: At first, I did not even think about being a scientist and my inclinations were more in the arts—chef, jazz musician, art teacher. Though I still cook as a source of relaxation every night, it was towards the end of 8th grade, after experiencing middle school science classes, that I started wanting to be a scientist. In particular, I was drawn to environmental science, especially due to all the activities I did outside, such as camping, hiking and fishing. 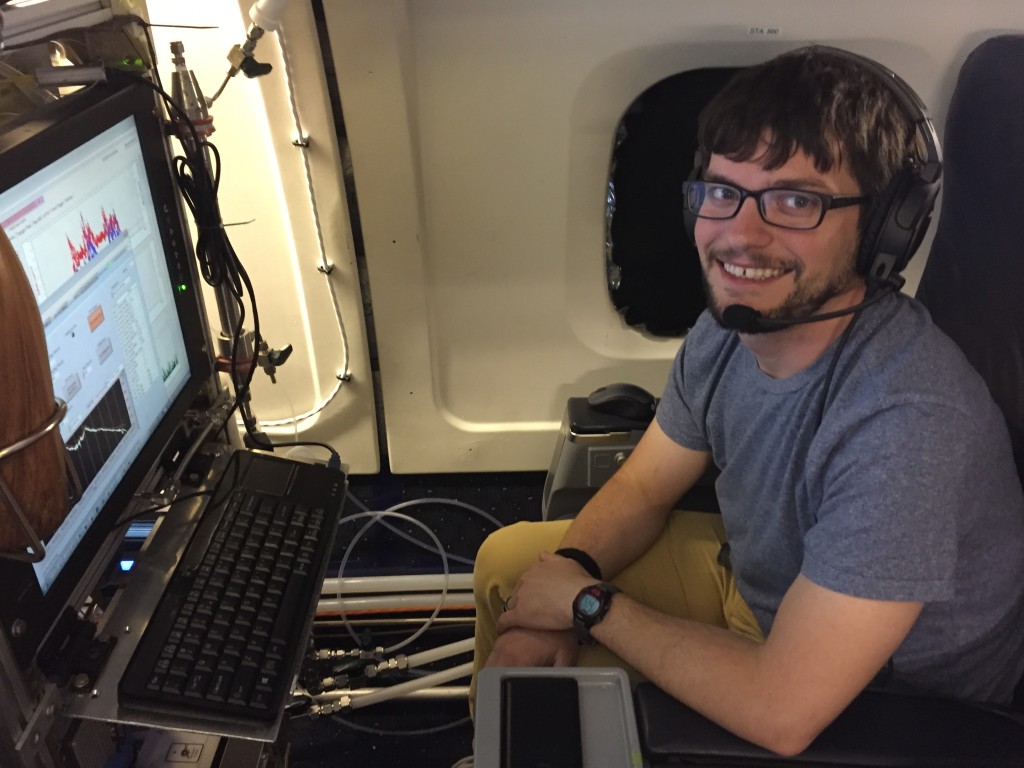 Ben Nault onboard the NASA DC-8 during the Korea U.S.-Air Quality mission.

Tamara: There were a variety of things I wanted to be when I grew up, but the ones that come to mind are an astronaut or a marine biologist.

Describe your educational background before SARP.

Ben: I was completing my bachelor of science in chemistry at Purdue University. I decided to go to Purdue in order to earn a degree in the one of the core sciences prior to going to graduate school for my Ph.D. Originally, I wanted to do research in oceanography; however, Purdue provided undergraduate research opportunities with two groups looking at atmospheric chemistry problems. These opportunities allowed me to participate in research in Chile and a large science mission in northern Michigan. These opportunities made me extremely excited about atmospheric chemistry prior to applying to SARP.

Tamara: Before SARP, I was attending Westmont College, where I got a B.S. in chemistry. I was looking for a way to apply my background in chemistry to studying the environment. I didn’t know that atmospheric chemistry was a field until I heard about SARP, and it immediately struck me as a perfect fit for my interests. 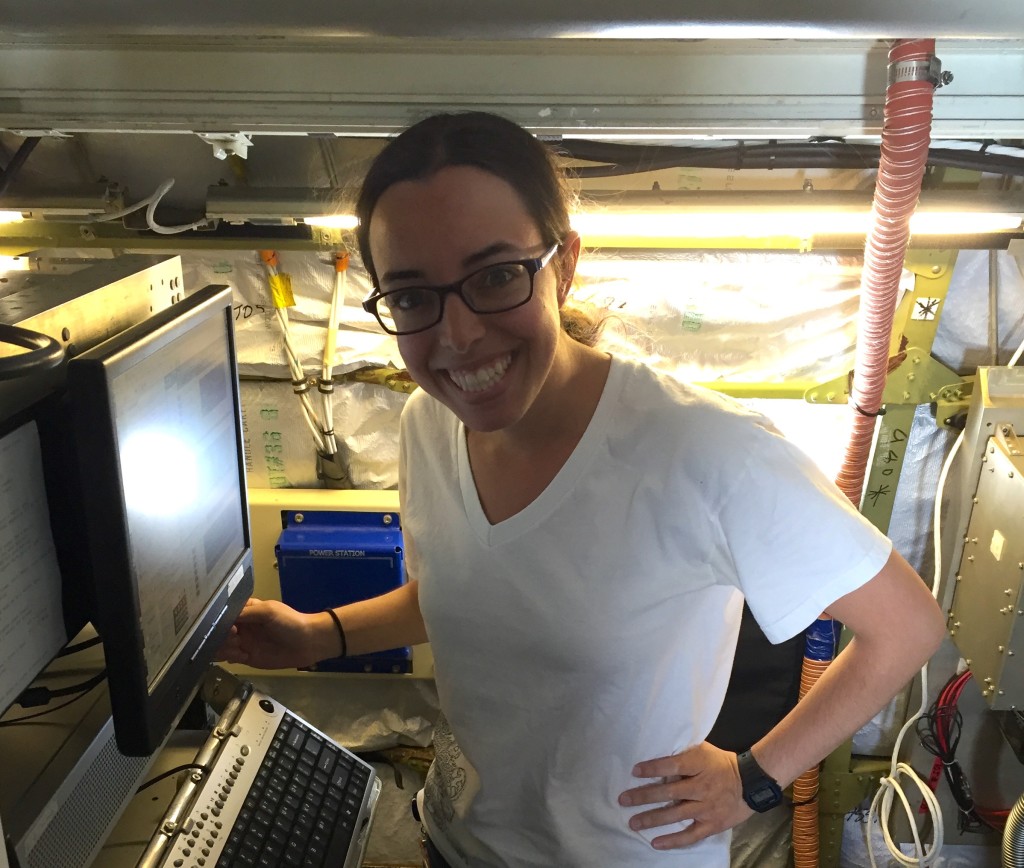 What was an exciting part of the KORUS-AQ mission for you?

Ben: One aspect I love about my research is the opportunity to travel, and this mission took me to South Korea (awesome sauce!). Also, South Korea provides an excellent opportunity to investigate the impacts of local emissions on regional chemistry (and vice versa) as well as the impacts of these emissions on biogenic chemistry due to its geography.

Tamara: I was excited to experience an international airborne science mission. It’s exciting that while doing science, I get to travel and experience new places.

What are your goals for the future?

Ben: I plan on becoming a research professor at a university and continuing my investigation of atmospheric chemistry, including aspects that would need airborne research.

Tamara: Graduate with a Ph.D.! I’m not certain yet what I will do after, although I plan to continue doing work related to the atmosphere.

What would you tell an undergraduate who was thinking about applying for SARP?

Ben: It is an awesome opportunity. The program gives you an opportunity to see how airborne research is done and to see how the sciences are used to investigate tangible, real-world problems. Also, flying on a research airplane 1000 feet above ground level is something you will never forget. Try to do as many research and/or internship opportunities as possible prior to graduating to help you decide what you want to do after you graduate. Finally, enjoy this opportunity. It’s awesome!!!!!

Tamara: Definitely apply! SARP was a great and unique experience. I learned so much and got to see firsthand how airborne science is done. The connections I made and knowledge I gained have been incredibly valuable.