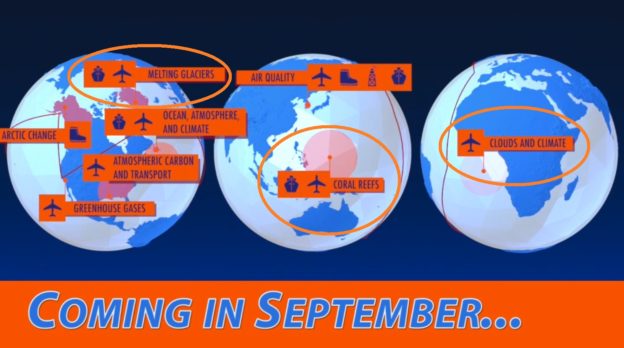 For the next month Earth Expeditions lives up to its name as we wrap up our reporting on NASA scientists in the field by taking you to three far-flung locations around the world. Our final trio of 2016 expeditions is exploring the edges of the Greenland ice sheet, potential climate changes in clouds off the Atlantic coast of Africa, and the condition of the Great Barrier Reef in Australia.

Our reporting team has just arrived in Walvis Bay, Namibia, for the start of the ORACLES airborne campaign looking into the complex interactions of tiny aerosol particles and clouds and their impact on climate. Two NASA aircraft are now at Walvis Bay for the mission, which will continue through the end of September. Our team begins blogging right here tomorrow!

Where there’s smoke there’s fire, but what if there are also cloud condensation nuclei? Clouds help to keep the planet cool by reflecting sunlight back into space. Aerosols such as smoke particles contribute by mixing with water vapor, resulting in “cloud seeds” that, in addition to forming raindrops, create brighter and more reflective clouds. On the flipside, smoke particles can absorb sunlight and contribute to atmospheric warming. 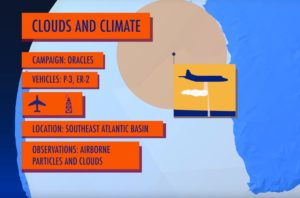 The ORACLES (Observations of Aerosols above Clouds and Their Interactions) campaign takes to the skies of the southern Atlantic to investigate this cloud-aerosol phenomena. “Aerosols work as a sort of a sun-umbrella,” said ORACLES principal investigator Jens Redemann. “Whether they’re absorbing or not, they have implications for clouds and cloud formations.”

In mid-September another NASA reporting team will be traveling with the Coral Reef Airborne Laboratory (CORAL) mission to the land down under to probe portions of the Great Barrier Reef.  CORAL is looking at the interplay of factors that influence these complex underwater ecosystems. 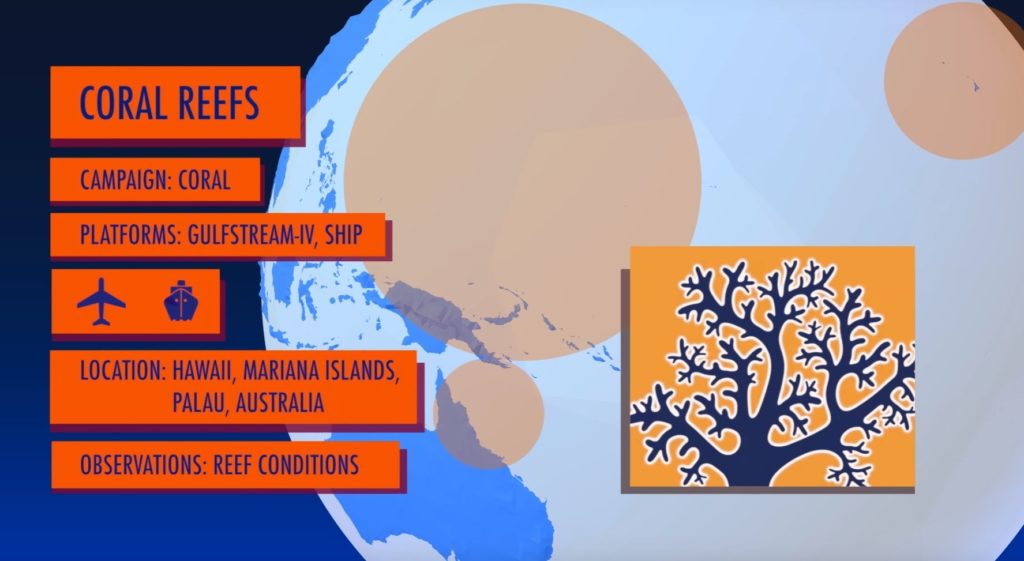 To date coral reefs have primarily been studied with scuba gear and a tape measure as the dominant tools of the trade. But CORAL will investigate reefs en masse with the use of an airborne instrument to record the spectra of light reflected upward from the ocean. Those measurements allow researchers to pick out the unique spectral signatures of living corals, sand and algae as well as create ecosystem-scale models of reef conditions.

The Earth Expeditions team will be reporting from Cairns, North Queensland – the gateway to the Great Barrier Reef – and Heron and Lizard Islands. CORAL will sample six sections across the length of the reef, from the Capricorn-Bunker Group in the south to the Torres Strait in the north.

“CORAL is a unique opportunity to obtain a large uniform data set across several reef systems. This will give us a whole new perspective on coral reefs,” said Eric Hochberg, CORAL principal investigator. Future field work of the three-year field campaign will inspect coral reefs in Hawaii and the Micronesian islands of Palau and the Mariana Islands. 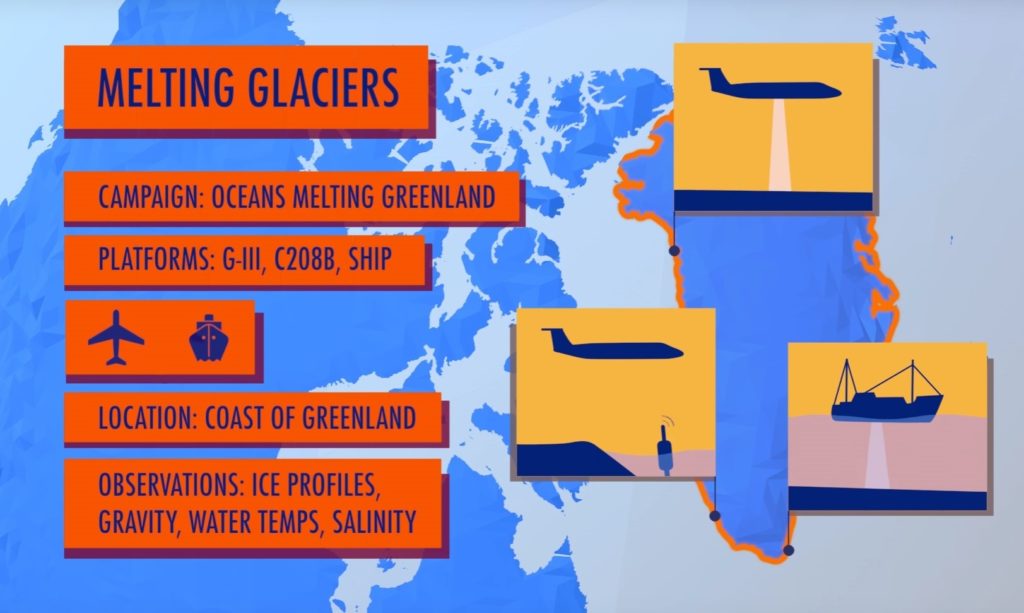 On the opposite side of the globe from Australia, the Oceans Melting Greenland (OMG) campaign will be dropping some 250 probes from a NASA aircraft into the waters on Greenland’s continental shelf and in its fjords. The probes measure ocean temperature and salinity as they sink thousands of feet into the water, transmitting the data to the aircraft above. Combined with OMG’s new maps of the seafloor along the coast, the probe data will show where warm, subsurface waters can come in contact with the undersides of glaciers and melt them from below.

The rate of underwater melting in Greenland has been one of the greatest uncertainties in predicting future sea level rise, according to Josh Willis, OMG’s principal investigator. With the intensive measurements that OMG will gather in its five-year span, “We may not solve the problem of predicting sea level rise, but we hope to make a dent,” he said.

To reach all of Greenland’s coastline — which is eight times the length of the U.S. East and West coasts combined — the OMG team will use four different bases in Greenland, Iceland and Norway between mid-September and early October. Our Earth Expeditions reporting team will document OMG’s work as winter approaches in the Far North.