Arrival to the International Space Station was like something out of “2001 Space Odyssey!”

On the day of our rendezvous with the Space Station, Alexander (Sasha), Andrey and I changed back into our spacesuits, took our respective places in our Soyuz Descent Module and closed the hatch to the Habitation compartment.

We started out in front of the space station and slowly allowed the distance to close. As we closed inside of about 50 meters I could see the periphery of the Space Station out the side windows of our Soyuz capsule. As we got very close, the large radiators of the space station were passing very close to my window. I found myself wondering just how much clearance there was between the radiators and our Soyuz solar arrays.

In a scene that reminded me of pulling a car into a tight parking spot, we gently touched the docking port on the top of the space station as we watched the “Capture” light illuminate, signaling our arrival at our new home.

After a few hours of checks and procedures, we were ready to equalize the pressure between the two vehicles, open the hatches, and go aboard. It was great to see the smiling faces of our waiting crewmates on the other side of the hatch!

After a brief hello, we all floated down to the Japanese module where a live video feed was set up between Mission Control in Moscow and us. It was wonderful to hear the voices of family and friends who were gathered there.

My first impression of the station was, “Wow, it seems much bigger than the last time I was here.” This is because several modules have been added since my Space Shuttle flight in 2008. It is so big you could literally get lost. 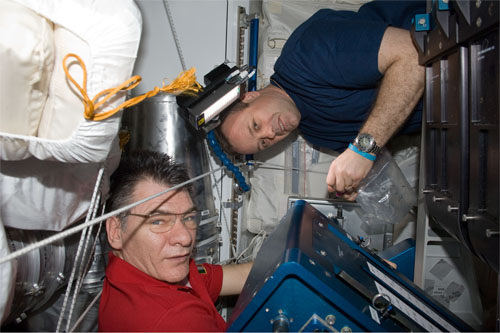 The highlight of my orientation to the ISS was definitely my first exposure to the Cupola. Cady Coleman showed me how to open the window shutters that protect the seven panel windows that make up the cupola.

An extraordinary site greeted me as I opened the first shutter. We were on the dark side of the orbit, but off in the distance on the horizon was the blue band of orbital sunrise. In the middle of the blue band was a very bright crescent moon. It was breathtaking to see the curved blue band with a beautiful crescent moon in the middle of it — with nothing but pitch-black darkness on either side. What a welcome to the incredible part of the space station known as the cupola.

Since arriving, things have been very busy. I have been getting the “fire hose treatment.” It will be awhile before I learn everything that I need to know to operate here efficiently. 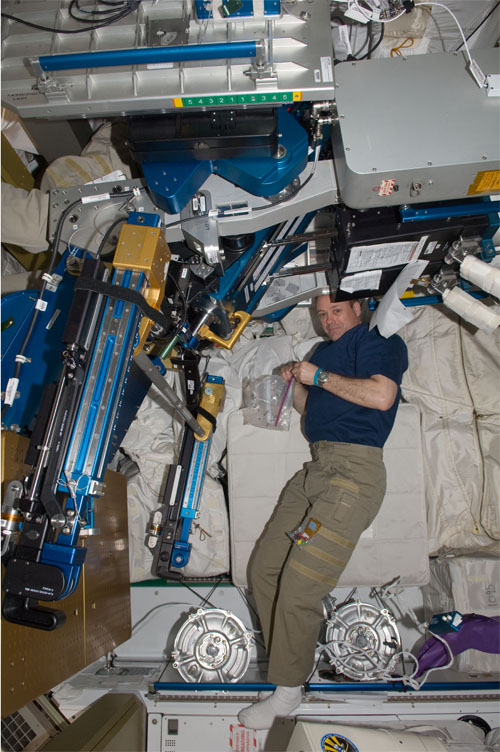 The International Space Station is the most amazing place I have ever been. Besides being enormous, it is a world class, fully functioning series of laboratories for conducting research about how humans can further explore our solar system, with direct application to improving life on Earth.

It is a really interesting place to live. Last night after dinner, Sasha and I took turns playing the guitar (I was confined to the five chords I know), while Cady played the flute.

Music is a really good way to maintain a connection to our life on Earth. I’ll close here for now as we  start of our first full week of work on board the ISS.