Skip to content
For more information, please visit http://www.FragileOasis.org.
I’m about to start my seventh week in space.
It will be busy one – with the docking of the Space Shuttle Endeavour and the crew of STS-134, and then a few days later, the undocking of the Soyuz spacecraft that will return to Earth with Dima, Paolo and Cady after almost six months in space. 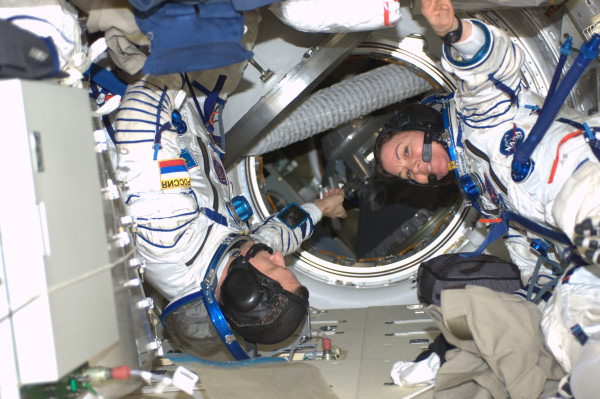 Dima, Cady and Paolo (not shown) practicing for their return to Earth aboard the same Soyuz spacecraft that brought them to space.
During this period of relative calm before the proverbial storm, I’d like to reflect on some of the amazing experiences I’ve been having.
Earth at Night
One of my favorite things to do is to look at the Earth at night. It’s hard to describe how beautiful it is to see the sun set, and then the Earth come to life from space. In the period between sunset on the ground and the orbital sunset, it’s hard to see anything on the ground. The space station is still bathed in bright sunlight, while the Earth is dark. But when the sun sets behind the Earth from our orbital vantage point, our planet takes on a completely different character. Geographical features become visible, and the lights of cities and towns begin to light up the Earth. 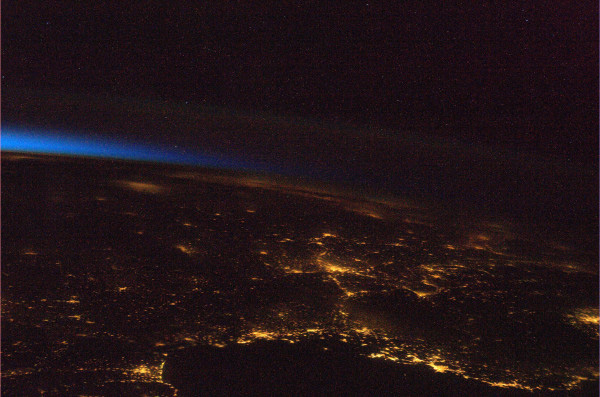 From space, city lights.
A Floating Planetarium
One night last week, I turned off all the interior lights near the Cupola, opened the window shutters, and just took in the view.
After my eyes adjusted to the darkness, the Milky Way, planets and countless stars became visible. I floated there for the entire night pass (about 45 minutes), watching the incredible night sky and the living Earth with rolling lightening storms below me. Because of our motion around the Earth, the stars and Milky Way seemed to rotate around us as if we were in a floating planetarium.  Seeing a shooting star below me was a special treat near the end of the pass. Since we are above any meteors entering the atmosphere, we see them below us (or more specifically between us and the Earth).
Staying Connected
Another interesting aspect of living on the International Space Station is feeling simultaneously more connected and less connected to life on the planet. Living here, I am isolated from my life on Earth. At the same time, events on Earth, such as the flooding of the Mississippi River, offer the opportunity for a unique connection. As we fly over the area, we can see the effects of the swelling river across many states. 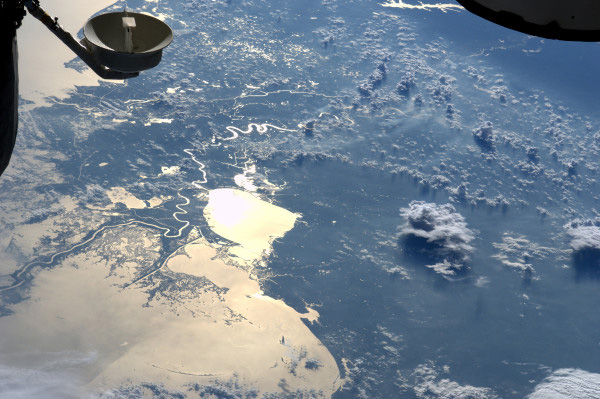 The swollen Mississippi River from space.
We also have some technology to stay connected to home and to you. In addition to an IP (Internet) phone which we can use to call friends and loved ones on Earth, we also have access to the Internet through a remote desktop. Whenever we have the proper satellite communications coverage, I can remotely control a computer located in Houston. This is what enables me to Tweet my experiences in almost real time and to answer your questions. So now you know!
Through our communications technology, I was also able to speak to a team of people in Kenya as they where about to embark on the largest privately funded deployment of clean water systems in the world. 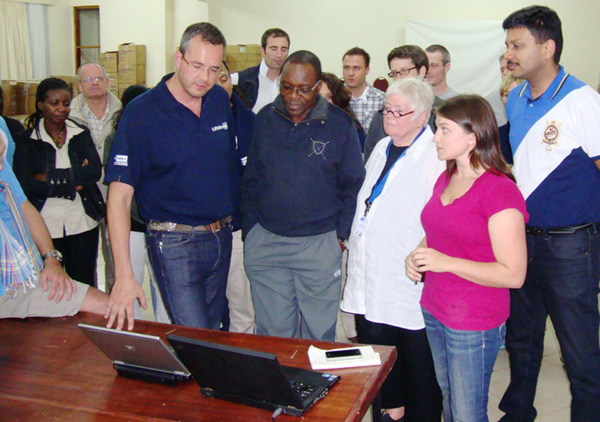 Connected to some of the team in Kakamega, Kenya
It was an incredible experience to talk to a group of people I’m involved with independent of my work with NASA, who are providing clean water to over 4 million Kenyans.
It is wonderful to be able to connect with projects and people making the world a better place, and being able to fly over these areas and see them from this incredible vantage point. All of us on our planet are connected through our shared humanity – even those of us living in space.
A Mystery
The final experience I’ll share in this post is actually a mystery to me. On May 9th, I conducted my first Ham Radio pass from space. The event was with Mt. Carmel Academy in Houston TX.  The plan was for me to make initial contact with a Ham operator in Belgium as we flew overhead, who would then patch me over to the school.
As we approached Belgium, I put on the ham radio headset and heard the voice of my close friend and STS-133 crewmember Nicole Stott giving what sounded like a presentation. It turns out that the crew of STS-133 was at that very moment giving the STS-133 post flight presentation at NASA Headquarters in Washington, DC. I was able to listen for about 5 minutes before I lost that signal. I was also able to make contact with Mt. Carmel Academy, and answer their great questions about life in space. I still don’t know how I was able to hear the STS-133 presentation. If anyone has an idea about how that happened, I’d love to hear it!
Expedition 28
This is probably my last post as an ISS Expedition 27 crewmember.  Expedition 27 will end with the undocking of the crew aboard the Soyuz, and their return to Earth. Then, Expedition 28 begins.  In my next post I hope to describe the successful completion of Expedition 27 and STS-134, and the beginning of Expedition 28. Please stay tuned. 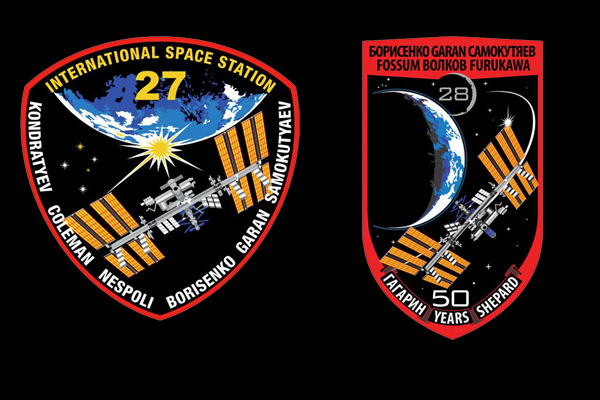