During this morning’s flyover near New York City, the Expedition 28 crew stood in silent tribute to those who were lost on September 11, 2001 in New York, Washington, D.C. and Pennsylvania. 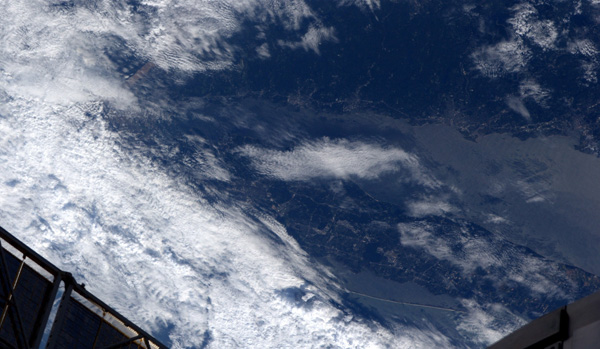