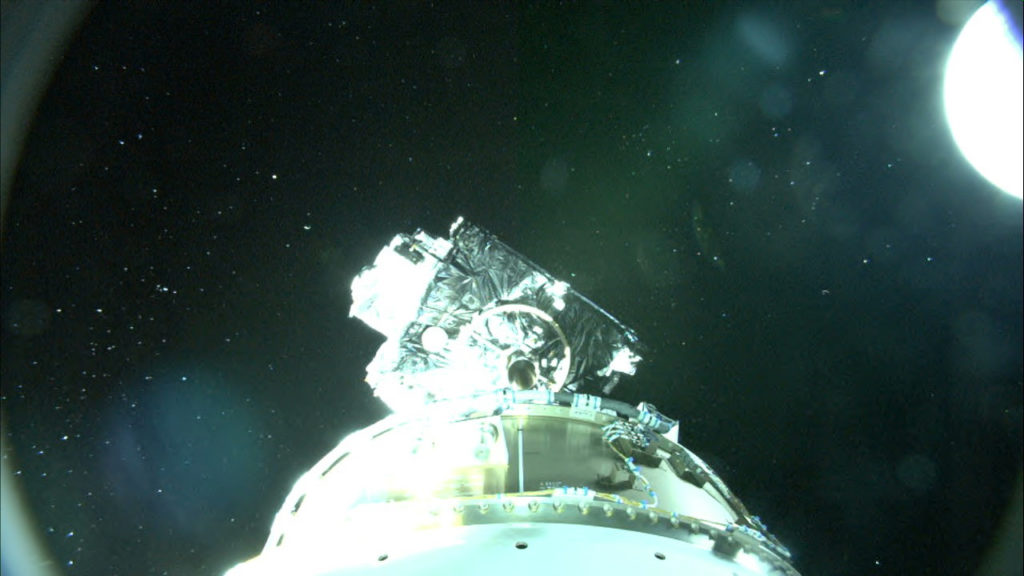 Pam Sullivan, the GOES-R mission director, confirms that the GOES-R completed its solar array deployment for tonight and the spacecraft. The satellite is flying through space in a transfer orbit that it will eventually circularize on its own. The deployment completes  the launch of the GOES-R satellite.

There will be about five months of orbit checkouts before the spacecraft becomes operational, Sullivan said. You can read our account of tonight’s launch here: http://go.nasa.gov/2grmtXs

With GOES-R orbiting Earth on its own and its systems in good health, our coverage of today’s countdown, launch and ascent into space will conclude. One more extra is this short look at the GOES launching history of NASA’s Launch Services Program which has been working with NOAA for 16 years to give their spacecraft a safe flight into orbit.