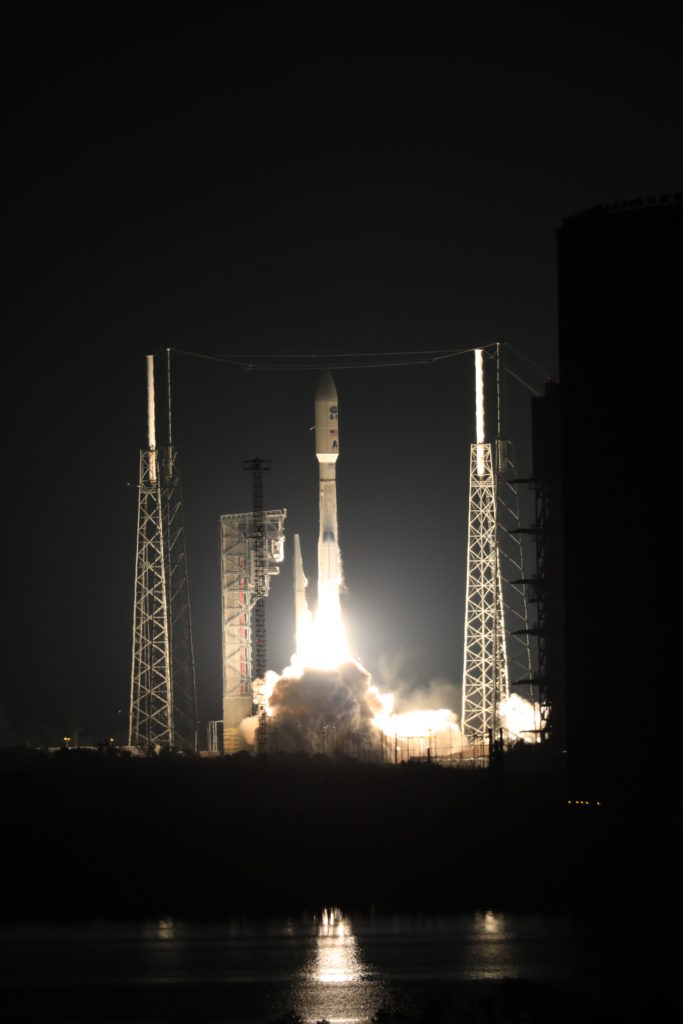 Two hours and 29 minutes after lifting off from Florida, the GOES-R spacecraft and Centaur upper stage are performing as planned as they orbit high above Earth. There is less than one hour to go in this final coast phase before the Centaur ignites its RL10 engine one more time to place the GOES-R satellite in its transfer orbit. The transfer orbit will be circularized by the spacecraft itself until it is in an operational orbit more than 22,000 miles above Earth. Photo credit: NASA/Kim Shiflett