The Interim Cryogenic Propulsion Stage Umbilical (ICPSU) for NASA’s Space Launch System was lifted and attached to the A Tower mobile launcher simulator Sept. 28 at the Launch Equipment Test Facility at NASA’s Kennedy Space Center in Florida. The ICPSU will provide super-cooled hydrogen and liquid oxygen to the rocket’s interim cryogenic propulsion stage, or upper stage, at T-0 for Exploration Mission-1.

Kennedy engineers and technicians from the center’s Engineering Directorate and Ground Systems Development and Operations Program prepared the large 70,000-pound steel structure to be lifted by crane for installation on the test tower. The umbilical will be prepared for load and functional tests.

During four months of testing, beginning in 2016, engineers will check the ICPSU’s swing arm function and its primary and secondary retraction systems to ensure they are working properly. Simulated fueling tests using liquid hydrogen and liquid nitrogen also will be performed.

The ICPSU is one of the umbilical arms that will be attached to the mobile launcher for EM-1. The umbilical will be located at the 240-foot level of the mobile launcher and will supply fuel, oxidizer, gaseous helium, hazardous gas leak detection, electrical commodities and environment control systems to the upper stage of the Space Launch System rocket during launch. 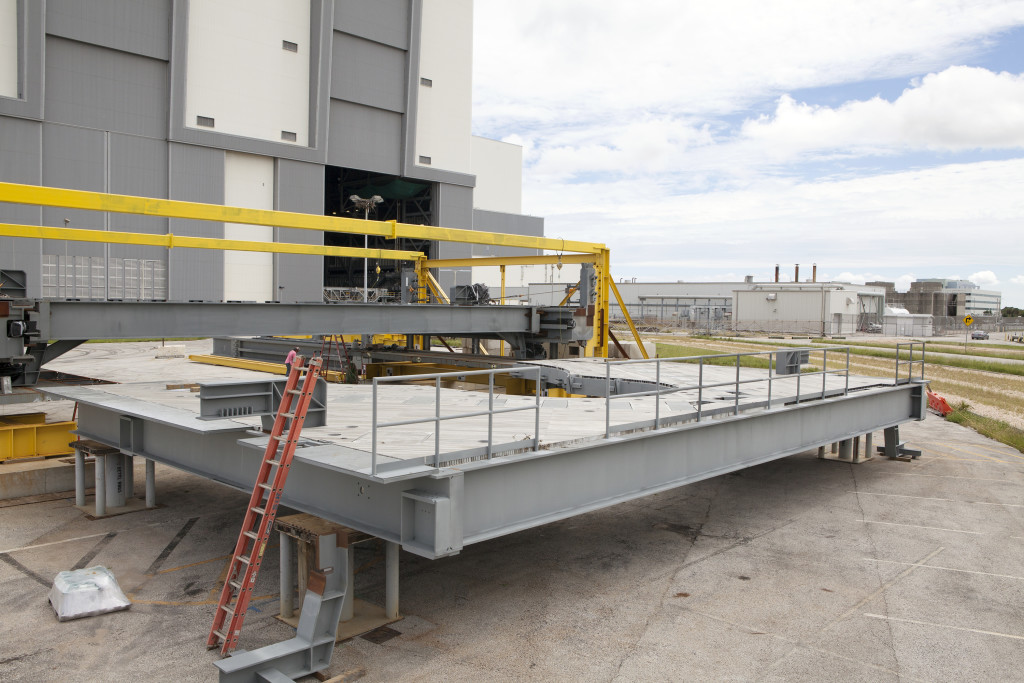