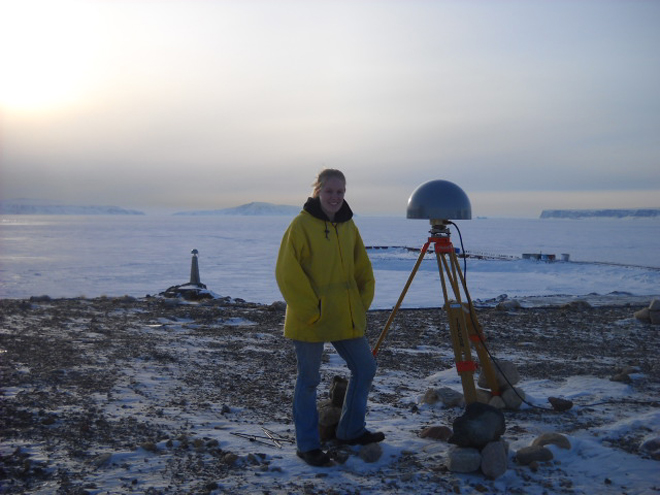 I am the GPS processor for the Land, Vegetation, and Ice Sensor (LVIS) team, along with Michelle Hofton. After arriving in Thule, Greenland, Michelle showed me the GPS Shack, which is where I will be working during the IceBridge mission. That’s where the ground-based GPS antennas and receivers for both the airborne LVIS and Airborne Topographic Mapper (ATM) instruments are located.

“The Shack,” as we call it, happens to be on the opposite side of the base from rest of the buildings. It is very small — just big enough for a couple computers, receivers, and some chairs. Just outside the Shack is the pier in the North Star Sea. There is also a great view of Dundas Mountain, which we may be able to climb if it gets warm enough while we are here. 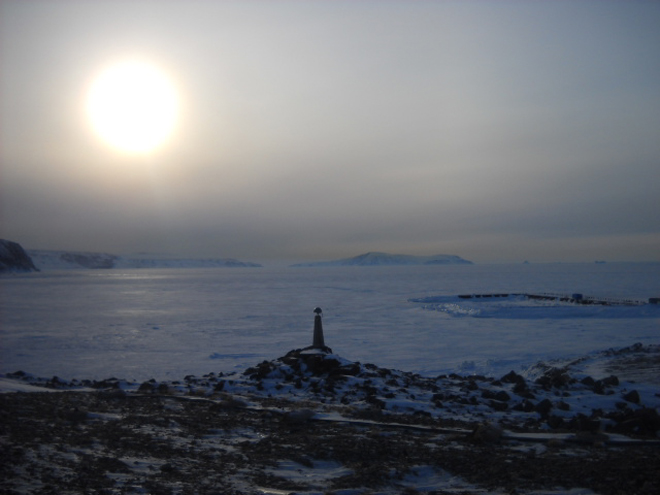 The view of the North Star Sea as seen from just outside the GPS Shack. Credit: Image courtesy of Colleen McIntosh 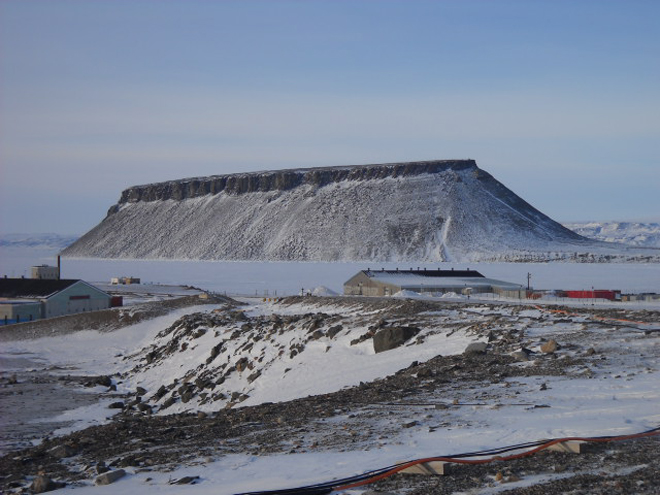 The view of Dundas Mountain as seen from the GPS Shack. Credit: Image courtesy of Colleen McIntosh

While at the Shack, both the ATM GPS person and I check on the height of our antennas as well as replace data cards and download the GPS data from our receivers. The winds always seems to pick up once we get to the Shack since we are right on the frozen water, so measuring the height of the antenna can be rather difficult. As you can see in the picture we have several rocks weighing the antenna’s tripod down so it does not blow over.

Over the years and several trials later, the LVIS group has, I believe, come up with the best standing position for our tripod set up, so the wind doesn’t blow it over and so it doesn’t sink into the ground too much. The antenna is checked and the data is downloaded about twice a day, usually before and after a flight. But we also leave the receivers running on days we don’t fly to collect as much data as possible. This allows us to get the best position possible for the antenna, which in turns gives us an accurate position when we combine it with the flight GPS data.

Once the GPS data is collected, then the processing fun begins. Collecting data is a daily job for the GPS ground crew, and at the end of a mission, boy do we have a lot of data to process!

2 thoughts on “Notes from The Shack”