KANGERLUSSUAQ — The evening before the second science flight, IceBridge scientists Michael Studinger and John Sonntag visited Kangerlussuaq’s weather office — a small building adjacent to the town’s grocery store. Weather can make or break a mission, as clouds interfere with instruments’ ability to map the ice. 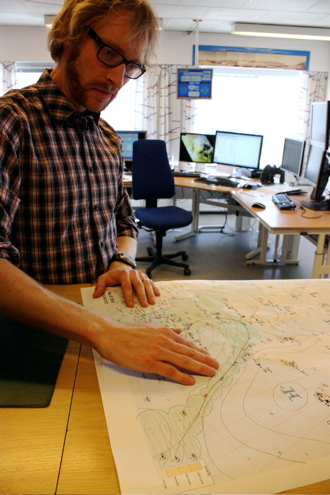 This time there was another factor to contend with. Ash from Iceland’s Eyjafjallajokull volcano had made its way over the southeast side of Greenland. Comparing the proposed flight path with the position of ash, IceBridge crew decided the flight was a “go.” 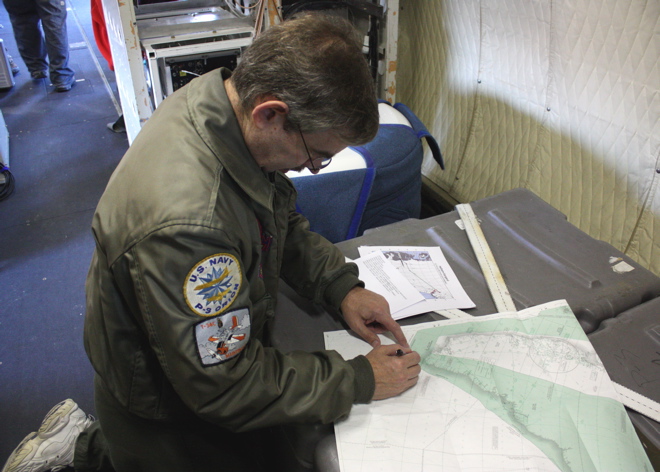 Mission managers selected the Helheim-Kangerd flight plan, which called for mapping two of three glaciers deemed “the big three.” (The third is Jacobshavn, to be surveyed in a separate mission).

Helheim and Kangerdlugssuaq glaciers are quickly accelerating, speeding up ice loss to the ocean. Steep beds and the influence of saltwater working its way under the glaciers are thought to be playing a role. Annual data collected during IceBridge will help scientists maintain a record of the ice loss and learn more about the factors driving the change. 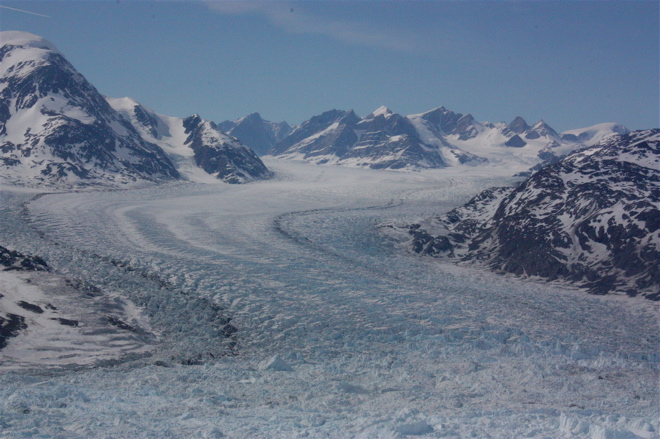 After mapping Kangerdlugssuaq, the P-3 passed over a ground team on an expedition collecting ice cores. The overflight was intentional — multiple sources of data over a single location can prove useful for calibrating data and for research. Similarly, IceBridge flights frequently reexamine tracks previously observed by the ICESat satellite. The ice coring crew was caught on camera (below) by the Digital Mapping System — a digital camera mounted in the underbelly of the P-3. 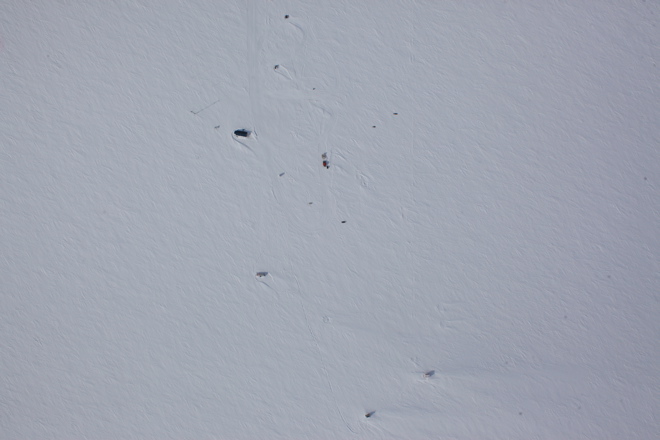