The newest addition to the IceBridge team is our stuffed penguin mascot. He was recently selected as IceBridge’s wildlife liaison, and after training at NASA’s Goddard Spaceflight Center in Greenbelt, Maryland, he traveled with IceBridge scientists on the DC-8 to Punta Arenas, Chile. Our stuffed penguin mascot has been very popular with students we have done online chats with during our flights, so we’ve put together an introduction. 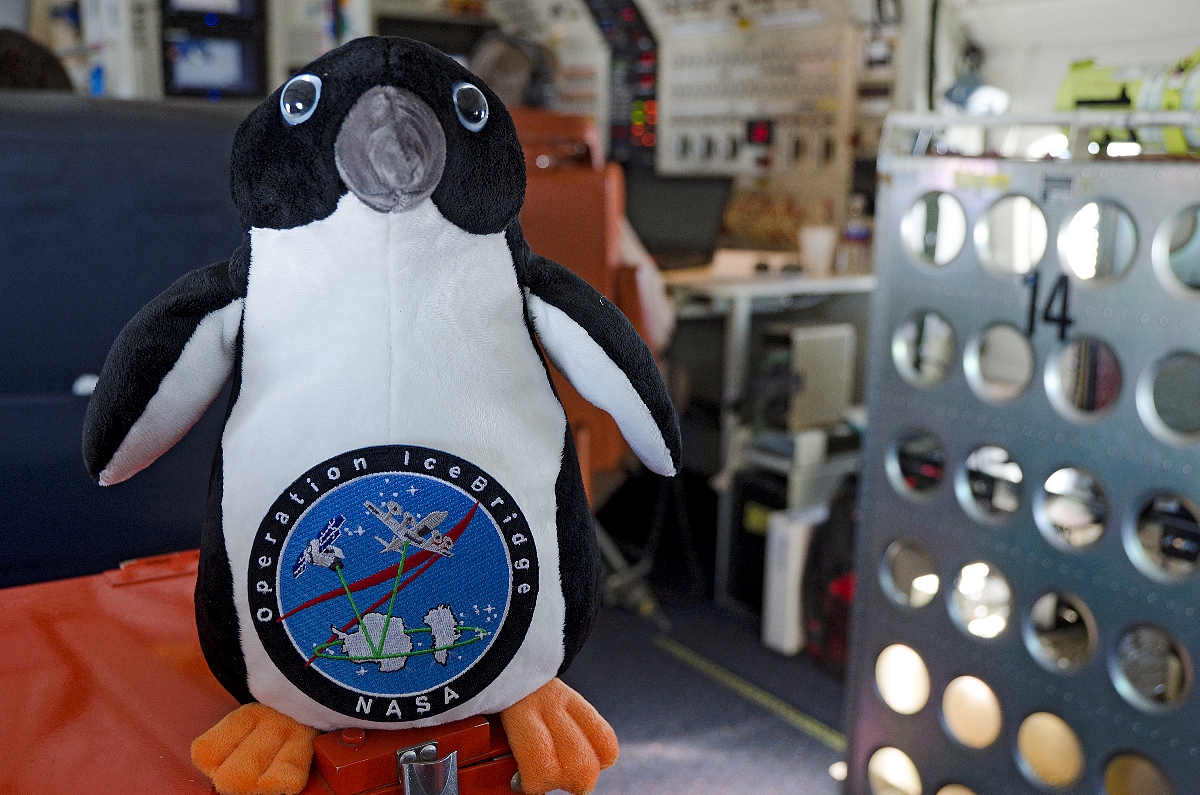 The IceBridge mascot aboard the NASA DC-8. Credit: NASA/Michael Studinger

What is your role with Operation IceBridge?

I’m the IceBridge wildlife liaison and mascot. Animals that live in Earth’s polar regions, especially penguins, find it annoying when planes fly over too low. Because of this, IceBridge works hard to avoid areas where penguins live. We work with the National Science Foundation and a group in the United Kingdom called Environmental Research Assessment to carefully plan our flights, and I’m able to give a penguin’s point of view on things. I’m also in charge of keeping people happy during the 10 to 12-hour-long flights over the Antarctic so they do their best work.

How long have you been with NASA and IceBridge?

I started working for NASA only a few weeks before the start of our Antarctic campaign. After being hired I started my training at Goddard, and rode to work with IceBridge’s project manager Christy Hansen. After a few weeks of hard studying I was ready to start flying, which is something penguins almost never get to do.

Where are you from originally?

My family originally comes from South America, not far from Punta Arenas, Chile, where IceBridge flies out of. I live in Ellicot City, Maryland, now, but I hope I can get a chance to see some of my cousins while I’m in Chile. There are some penguins living just a short drive from Punta Arenas.

What led you to join Operation IceBridge?

Three reasons really. First, I want to know more about what’s happening to ice in the Arctic and Antarctic. Changes to the climate in the Antarctic affect how my fellow penguins live: where they eat, where they raise their children and where they migrate every year. By working with IceBridge I can learn more about how things are changing. Second, I think it’s important to avoid disturbing wildlife when doing scientific research and this is something I feel I can help out with. And lastly, because even though penguins are birds, we can’t fly. I couldn’t pass up a chance to fly on NASA aircraft. 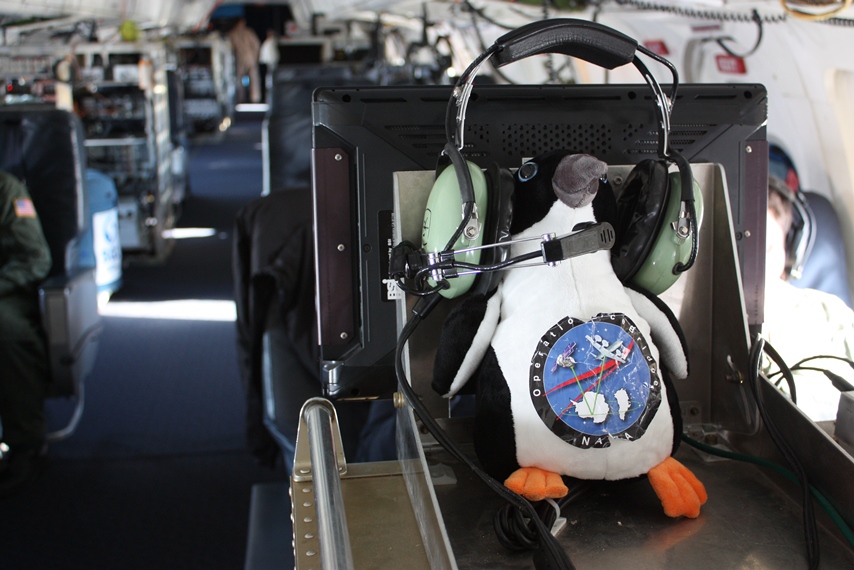 It’s something I’ve dreamed about since the day I hatched. Being able to see so much of the ice from above is really cool. I’ve seen big glaciers, giant sheets of ice that stretch off as far as you can see and tall mountains. Seeing these things from the air when I’m used to seeing everything from on the ground and under water is amazing.

Have you seen any other penguins on the mission?

Some of the people with IceBridge went to see penguins the other day, but I was busy with work, but my new friends took lots of pictures for me. I think I’ll get to go with them soon though. I won’t see any from the plane though as long as I do my job right.

2 thoughts on “Meet Our Wildlife Liaison”