PUNTA ARENAS, Chile — Here are some views from inside NASA’s DC-8 research aircraft during the mission’s Oct. 20 flight to Pine Island Glacier. 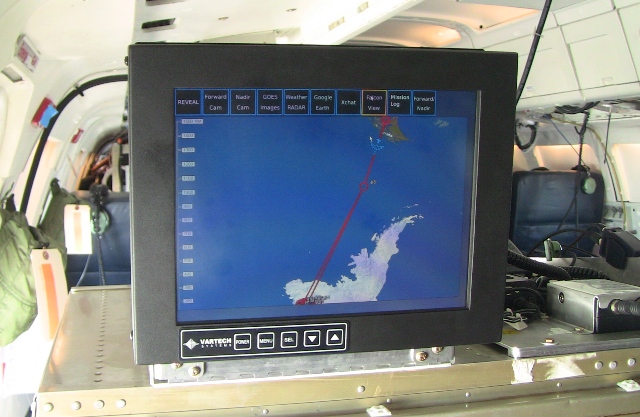 Monitors allowed everyone onboard to see where the DC-8 was during the nearly 11-hour roundtrip flight over Antarctica.  (NASA/Steve Cole) 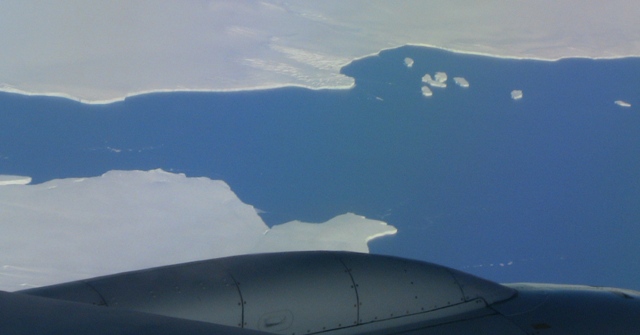 Icebergs breaking off of the glacier in Pine Island Bay as the DC-8 completes one of its mapping runs over Pine Island Glacier.  (NASA/Steve Cole) 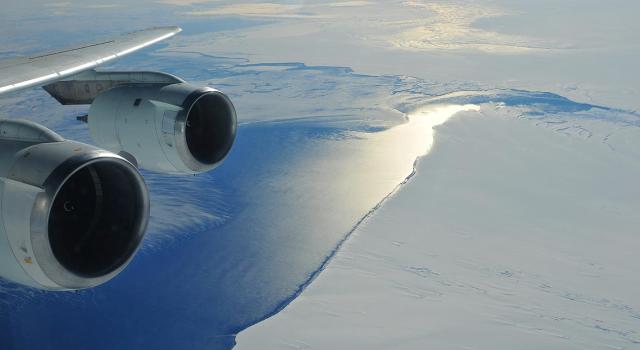 The DC-8 makes a turn over Pine Island Bay as it heads back up the glacier for another mapping run.  (NASA/Jane Peterson, NSERC) 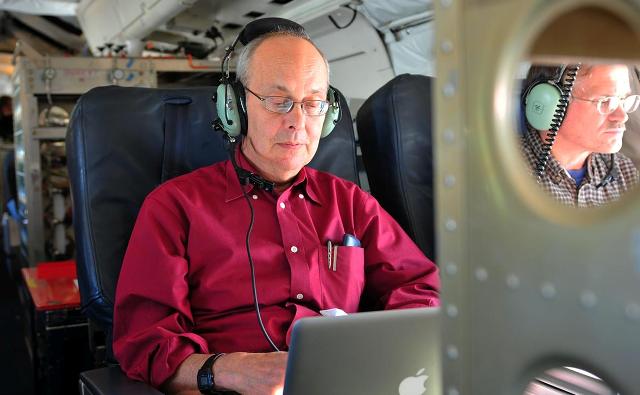