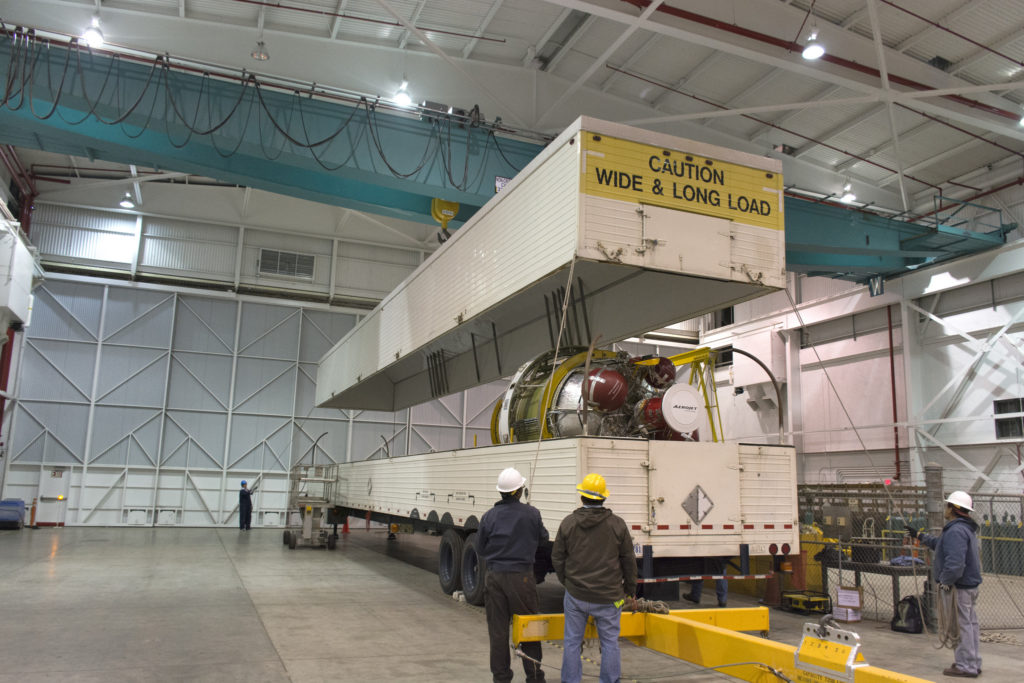 The United Launch Alliance Delta II second stage arrived at NASA’s Building 1555 at Vandenberg Air Force Base in California. Technicians assist as a crane lifts the top of the shipping container up from the second stage so it can be offloaded and prepared for transport to the horizontal processing facility at Space Launch Complex-2. NASA’s Ice, Cloud and land Elevation Satellite-2 (ICESat-2) will launch later this year on the final Delta II rocket.

ICESat-2 will measure the height of a changing Earth, one laser pulse at a time, 10,000 laser pulses a second. The satellite will carry a single instrument, the Advanced Topographic Laser Altimeter System. ICESat-2 will help scientists investigate why, and how much our planet’s frozen and icy areas, called the cryosphere, is changing in a warming climate.