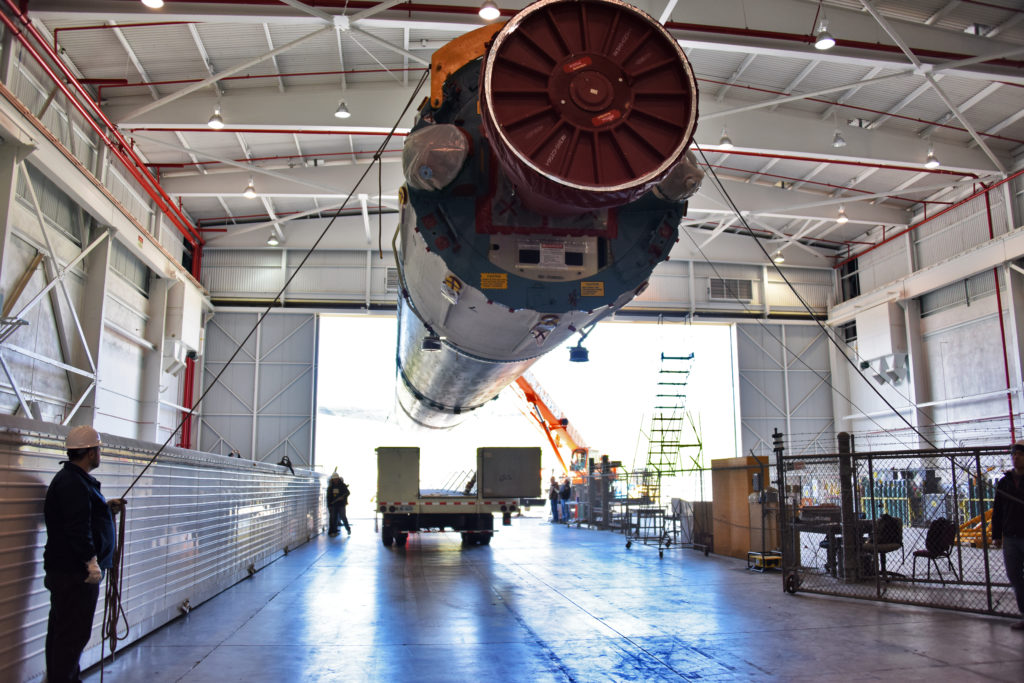 At NASA’s Building 836, the Spacecraft Labs Telemetry Station at Vandenberg Air Force Base in California, a United Launch Alliance (ULA) Delta II booster is removed from its shipping container on Monday, April 16, 2018. Once it was offloaded, preliminary checkouts and preflight processing began in preparation for the agency’s Ice, Cloud and land Elevation Satellite-2, or ICESat-2.

Liftoff from Space Launch Complex-2 at Vandenberg is scheduled for Sept. 12, 2018, and will be the last for the venerable Delta II rocket. The spacecraft, which is being built and tested by Orbital ATK in Gilbert, Arizona, will carry a single instrument called the Advanced Topographic Laser Altimeter System, or ATLAS. The ATLAS instrument is being built and tested at NASA’s Goddard Space Flight Center in Greenbelt Maryland.

Once in orbit, the satellite is designed to measure the height of a changing Earth, one laser pulse at a time, 10,000 laser pulses a second. ICESat-2 will help scientists investigate why, and how much, Earth’s frozen and icy areas, called the cryosphere, are changing.