Ignition and liftoff! NASA’s ICESat-2 spacecraft is on its way into orbit to embark on a three-year mission to measure the changing height of Earth’s ice. The United Launch Alliance Delta II rocket is making its final climb into space after an early morning launch from Space Launch Complex-2 at Vandenberg Air Force Base in California.

The United Launch Alliance team is “go” for launch. The ICESat-2 spacecraft is configured for launch and has been transferred from ground to battery power.

Countdown clocks are counting down from the T-minus 4 minute mark.

“The NASA team is ‘go’ for the ICESat-2 mission on the Delta II,” Dunn said. 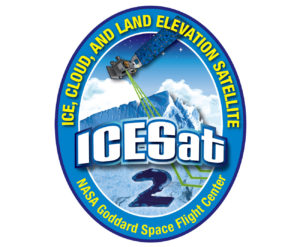 The launch team is working toward a new launch time of 6:02 a.m. PDT (9:02 a.m. EDT). The T-minus 4 minute hold has been extended to accommodate the new time.

Countdown clocks have paused for 10 minutes at the T-minus 4 minute mark. This is the final planned hold in today’s countdown.

The ICESat-2 spacecraft and ELaNa XVIII payload will be carried into space aboard the United Launch Alliance Delta II rocket. In use since 1989, the Delta II has a stellar track record: it’s launched 154 times, carrying payloads aloft for NASA, the U.S. military and commercial clients. Today’s launch will be NASA’s 54th on the Delta II; some of the agency’s many flights aboard the Delta II include the Mars rovers, Spirit and Opportunity; Earth-observing satellites such as Joint Polar Satellite System-1, Aquarius and Suomi NPP; and missions exploring our solar system and beyond, including GRAIL, Dawn and Kepler.

The two-stage Delta II awaiting liftoff this morning at Space Launch Complex-2 stands 132 feet tall. It has four side-mounted solid rocket motors attached to its first stage and is topped by a 10-foot-diameter payload fairing. The first stage’s RS-27A main engine is powered by liquid oxygen and RP-1, a rocket-grade kerosene. The second stage’s AJ10-118K engine is powered by hypergolic propellants Aerozine 50 and nitrogen tetroxide.

Launch Weather Officer 1st Lt. Daniel Smith of the 30th Space Wing just briefed the team on today’s weather forecast, and it was good news: The forecast remains 100 percent “go” on all constraints.

Countdown clocks are now at 15 minutes and counting.

Countdown clocks are holding at the T-15 minute mark. This is a built-in hold.

During the three-year ICESat-2 mission, the spacecraft will use its only instrument, the Advanced Topographic Laser Altimeter System (ATLAS), to measure the elevation of Earth’s surface. Its focus is on Earth’s frozen and icy areas, or cryosphere. By timing how long it takes laser beams to travel from the satellite to Earth and back, scientists can calculate the height of glaciers, sea ice, forests, lakes and more – including the changing ice sheets of Greenland and Antarctica.

ICESat-2 builds on the capabilities of ICESat-1, which launched in 2003, also aboard a Delta II from Vandenberg Air Force Base. That mission operated until 2009.

Also on board is the ELaNa XVIII payload. ELaNa, which stands for Educational Launch of Nanosatellites, is a NASA initiative that provides opportunities to launch small payloads known as CubeSats. Flying today on ELaNa XVIII are:

The CubeSats are flying inside Poly Picosatellite Orbital Deployers, or P-PODS, which are mounted to the Delta II rocket’s second stage. They’ll be deployed after ICESat-2 spacecraft separation.

Launch day has arrived for NASA’s Ice, Cloud and land Elevation Satellite-2, or ICESat-2. The spacecraft is safely sealed inside the payload fairing atop the United Launch Alliance Delta II rocket awaiting liftoff this morning from Space Launch Complex-2 at Vandenberg Air Force Base in California. Today’s launch will be the last for the Delta II vehicle, which has flown more than 150 times in the nearly 30 years since its 1989 debut.

The vehicle’s first stage has been loaded with cryogenic liquid oxygen and a refined, rocket-grade kerosene called RP-1.

Stay with us for the latest from the countdown as NASA and United Launch Alliance prepare for liftoff of ICESat-2. 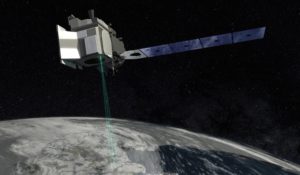 Weather remains favorable for the Sept. 15 launch of NASA’s Ice, Cloud and land Elevation Satellite-2 (ICESat-2) from Vandenberg Air Force Base in California on a United Launch Alliance Delta II rocket. The latest forecast from the U.S. Air Force 30th Space Wing predicts a 100 percent chance of favorable weather on launch day with patchy fog and visibility of 2-3 miles.