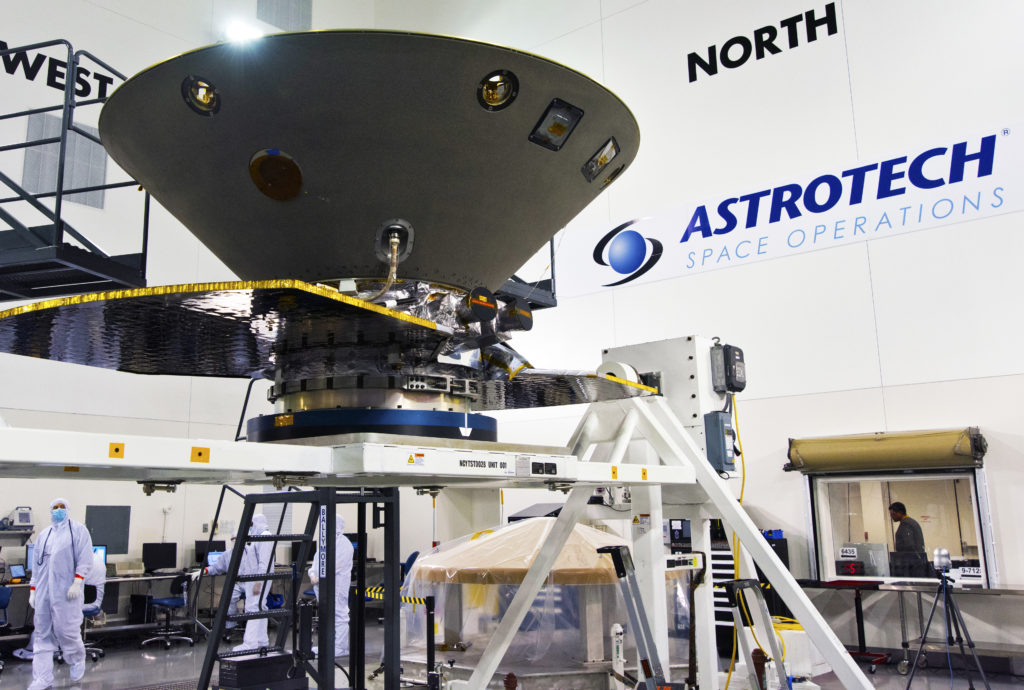 Inside the Astrotech processing facility at Vandenberg Air Force Base in California, NASA’s Interior Exploration using Seismic Investigations, Geodesy and Heat Transport, or InSight, spacecraft has been mounted on to a rotation fixture for testing. InSight is scheduled to launch May 5, atop a United Launch Alliance Atlas V rocket for its trip to Mars.

InSight was developed and built by Lockheed Martin Space in Denver, Colorado, and arrived at Vandenberg on Feb. 28 aboard a U.S. Air Force C-17 aircraft. The spacecraft then was transported to the Astrotech facility at the West Coast launch site.

This mission will be the first to look deep beneath the Martian surface, studying the planet’s interior by measuring its heat output and listening for marsquakes. It will use the seismic waves generated by marsquakes to develop a map of the Red Planet’s deep interior. The resulting insight into Mars’ formation will provide a better understanding of how other rocky planets, including Earth, were created.