The phone call students receive when offered an internship is life-changing, but it’s only a brief moment in their journey to becoming a NASA intern. Xavier worked tirelessly for years with his goal in mind, and receiving his internship offer made everything worth it. 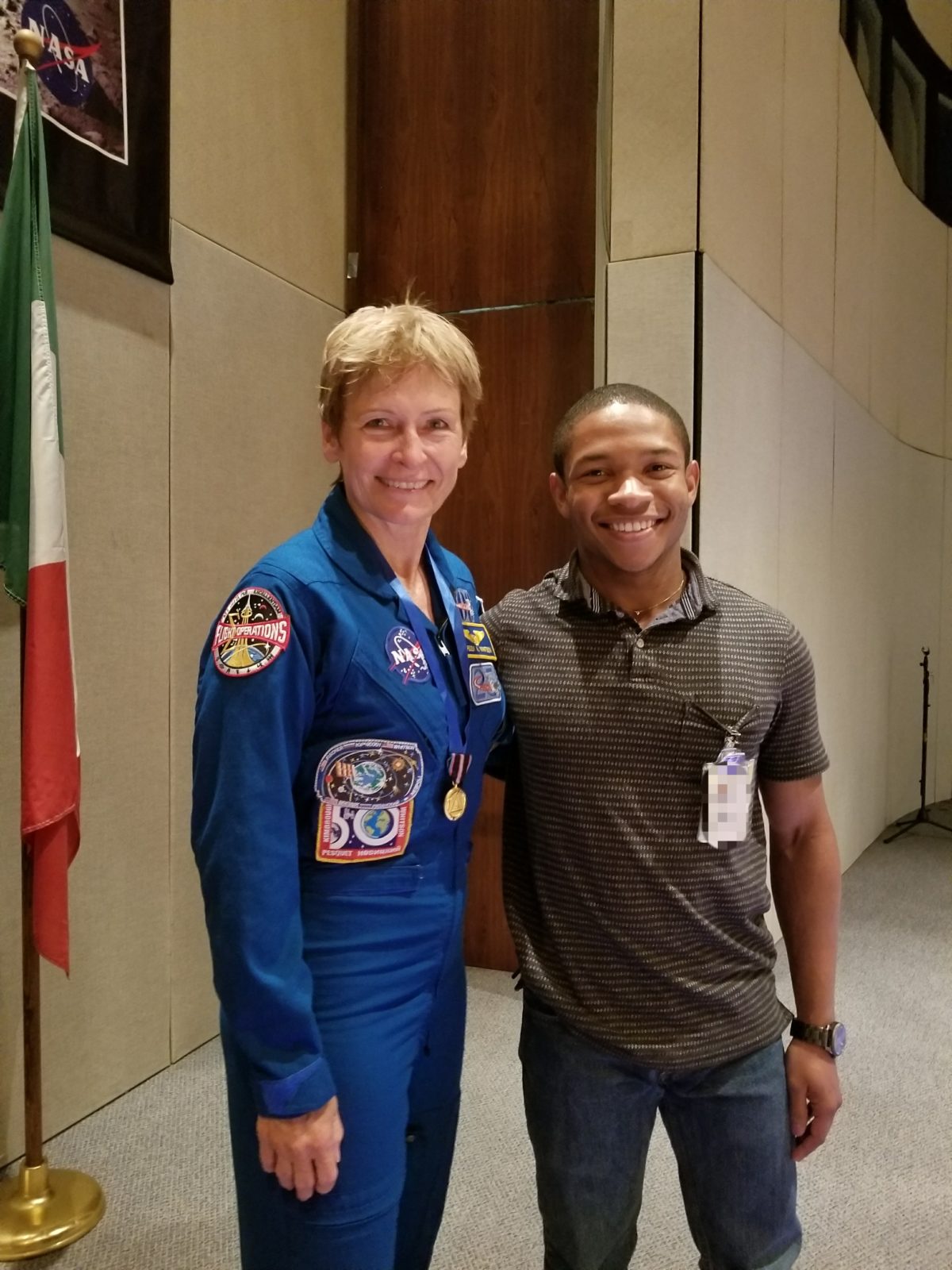 The day that I received the call from the Johnson Space Center will forever remain one of the defining moments of my life. The disbelief, excitement, anxiousness, nervousness, joy, and sense of accomplishment all compiled at once. It was a moment that I did not need to look back in hindsight to realize just how momentous it truly was. Finally, the sleepless nights, words of encouragement, and struggles endured, are paying off. I knew what I was capable of, and now nothing could stand in the way of me achieving my dreams.

My journey began entering middle school. I quickly found myself as a cadet in the Civil Air Patrol, and at the age of eleven I flew my first plane. The rest of my time consisted of engaging in emergency service exercises, learning fundamental aerospace concepts, and learning how to fly. By the end of the eighth grade I had earned the rank of Cadet Second Lieutenant.

Starting high school, certain that I wanted to have a future in aerospace, I had my sights set on the Air Force Academy. Consequently, I attended Rancho High School, enrolling in both the Private Pilot and Aerospace Engineering programs. Rancho exposed me to a plethora of new experiences ranging from becoming a varsity wrestler to learning the Russian language. I also met my wonderful teacher and mentor, Mrs. Sara J. Quintana, who opened my eyes to the possibilities and beauty of engineering. Upon graduation from Rancho, I earned my Private Pilot License, worked as an aircraft mechanic, earned twenty-seven credit hours of college credit, and was accepted into the United States Air Force Preparatory Academy. However, I found that my interest in a career with the Air Force waned. I declined my admission offer and attended the University of Nevada, Las Vegas (UNLV).

My time at UNLV has been nothing short of extravagant. During my first year I joined the National Society of Black Engineers (NSBE), and the American Institute of Aeronautics and Astronautics (AIAA). As a member of AIAA, I joined a team tasked with designing and building a solar-powered Unmanned Aerial Vehicle (UAV) to be flown approximately 340 miles away. This beckoned me for I loved all things aviation and maintain a deep love for the environment. Within NSBE, I began giving back to my community through educational outreach events devoted to encouraging secondary school students to pursue higher education. Then, things ceased to prosper.

While staffing an outreach event I encountered a former high school instructor who told me I would never make it to NASA. I was in a state of disbelief to hear this, however it only motivated me. With fervor, I made it a mission to prove him wrong. Shortly thereafter, I was elected president of my university’s NSBE chapter. While this restored a fair amount of my confidence, I soon found myself in a deeper rut after suffering the loss of a close friend and the former NSBE president before me. Stricken by grief and confusion, I was overwhelmed in an unprecedented manner. Months passed and as the community began to heal, I found a new motivation. One that was no longer just about myself, but rather my community at large.

Pressed with school, work, and emails, I finally got a call during my lab. I rushed out to answer it, and once I heard who it was from, the world fell silent. “This is it,” I thought to myself. “It’s finally happening.” A journey truly out of this world had just begun.