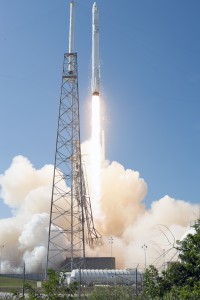 Launch of CRS-7 from SpaceX’s facilities at Cape Canaveral Air Force Station in Florida is targeted for June 26 at 11:09 a.m. We will cover the countdown, launch and ascent into orbit here on the NASA Blog and on NASA TV at www.nasa.gov/ntv.