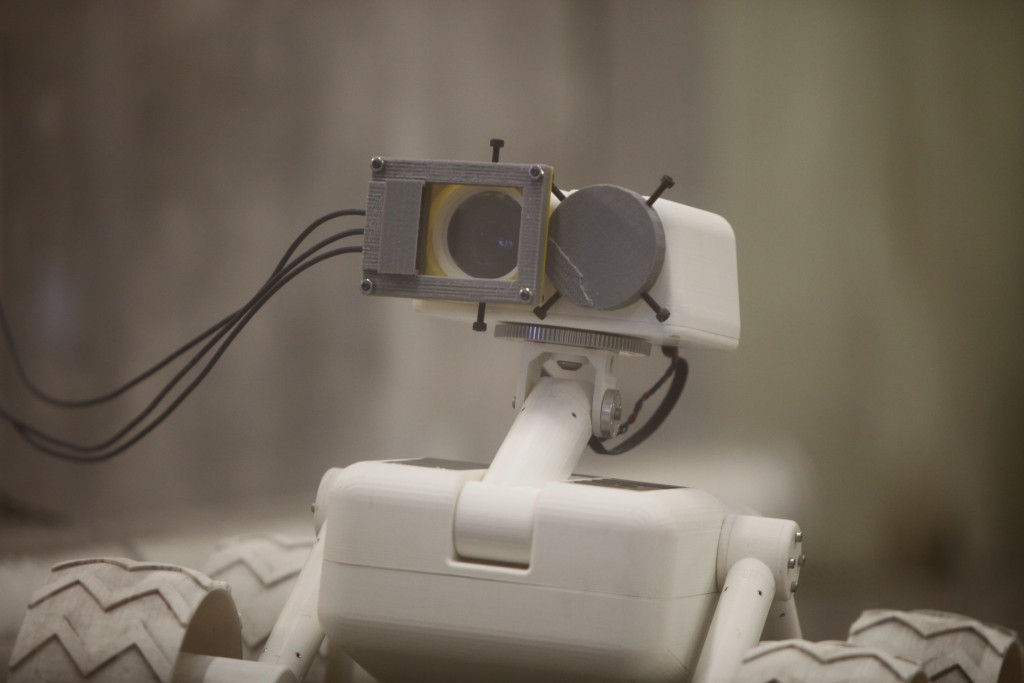 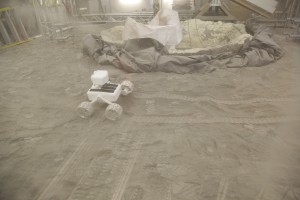 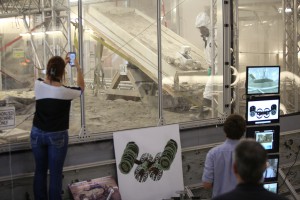 A team of students working with Earthrise Space Foundation evaluated a rover of their own design in the regolith simulant bin at Swamp Works at NASA’s Kennedy Space Center in Florida recently as the team pushes toward a flight-ready version they hope to launch to the moon on a private mission competing for the Google Lunar X Prize. The rover, parts of which are 3D printed, is 18 inches long and uses four wheels for movement. It also features a pair of lenses and a head that lifts and lowers. It is powered by batteries and solar arrays built into it its chassis.

The regolith simulant bin offers a lunar-like environment for evaluating a myriad of machines Kennedy researchers are developing that could be incorporated into future designs or exploration projects such as those required for astronauts to safely make the eventual journey to Mars.

The students that designed and assembled the rover are from the University of Central Florida and are part of the Omega Envoy Team competing to be the first privately-funded and operated mission to land an automated exploration craft on the moon. They came to Kennedy to test their machine in a massive box filled with material that has the same properties and behavior as lunar soil, known as regolith. The rover’s traction over the regolith was evaluated as well as its optical system. An engineer wrapped in protective garb to prevent breathing in the dusty soil was on-hand in case the rover ran into trouble. The little vehicle was also driven up an incline during the evaluation.

The team’s proposal is to launch a lander with the rover inside. Once on the moon, the rover would ride down a ramp and look around the lunar surface. A number of teams are official competitors in the contest which offers $30 million awards for the first privately funded and run group to land a robot on the moon and traverse the surface.