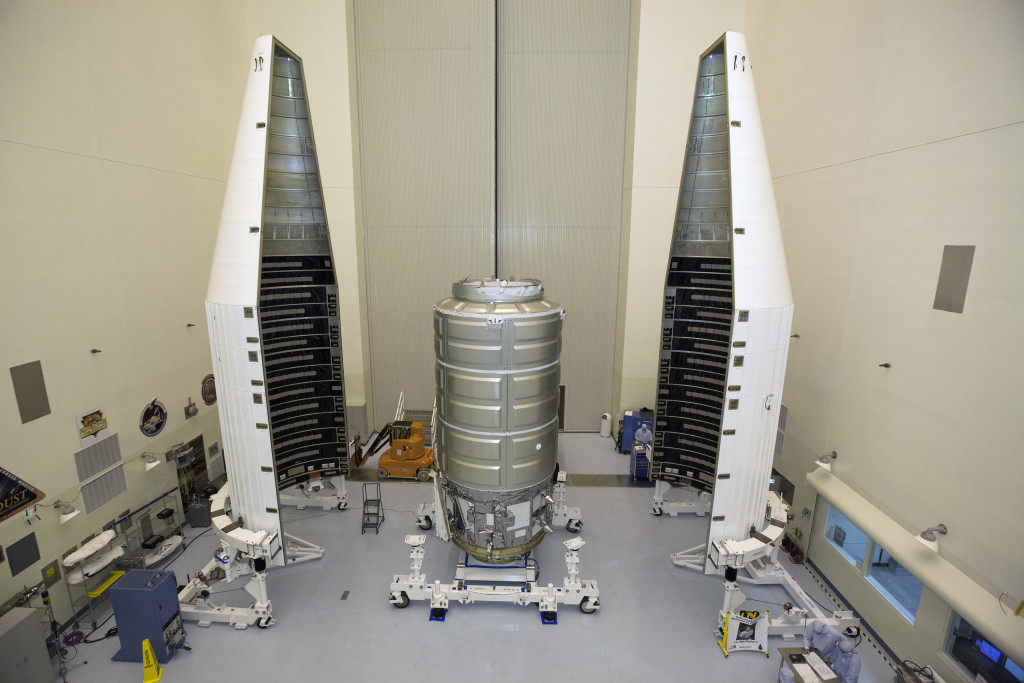 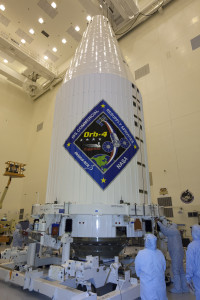 Orbital ATK’s enhanced Cygnus spacecraft was transported to Space Launch Complex 41 early this morning and was lifted to the top of a waiting United Launch Alliance Atlas V rocket for launch Dec. 3 on a resupply mission to the International Space Station.

Sealed inside a protective payload fairing, the 20.5-foot-long Cygnus left the Payload Hazardous Servicing Facility at NASA’s Kennedy Space Center at about 3:20 a.m. EST. It arrived at the pad at about 5:30 a.m. A crane at the Vertical Integration Facility at SLC-41 hoisted the spacecraft and fairing into place on the Atlas V with the first phase of the connection complete around 9:30 a.m.

The spacecraft and fairing will be secured in place and a series of tests run to confirm a proper attachment. The enhanced Cygnus, which carries 25 percent more mass than the previous version, has been loaded with more than 7,100 pounds of equipment and supplies that will be used by the space station crew for daily operations and to conduct cutting edge science on the orbiting laboratory. Launch time Dec. 3 is 5:55 p.m. EST to set up a rendezvous with the station Dec. 6. The launch window extends 30 minutes. Photo credits: NASA/Dmitri Gerondidakis