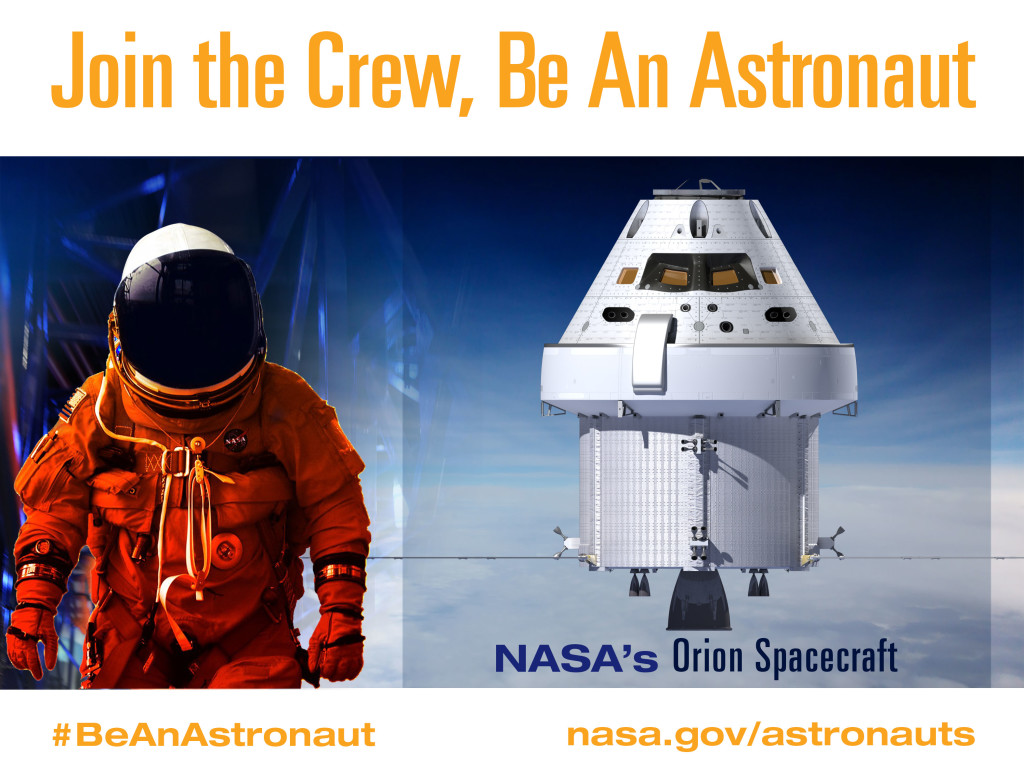 NASA is developing a spacecraft capable of taking astronauts farther than ever before and the agency needs some special individuals to pilot it and conduct the defining work that will be performed by humans far away from their home planet. Orion is the first spacecraft since Apollo that NASA has built with an eye on distant worlds. NASA’s Space Launch System rocket and Orion spacecraft, now in development, will enable humans to reach asteroids beyond lunar orbit, Mars and other potential destinations.

Built with the latest manufacturing technology around systems that are state-of-the-art for safe space travel, the Orion will be able to venture into a three-week flight on its own, and extend its range for a journey to Mars with the use of a habitat module.

The space agency also is guiding an unprecedented transition to commercial spacecraft for crew and cargo transport to the space station. Flights in Boeing’s CST-100 Starliner and SpaceX’s Crew Dragon will facilitate adding a seventh crew member to each station mission, effectively doubling the amount of time astronauts will be able to devote to research in space. The science conducted on the orbiting laboratory will be applied to Earthbound uses and to decipher what needs to be done for space explorers headed into deep space.

If the opportunity to explore realms never touched by humans before entices you, circle Dec. 14 on your calendar, because that’s when our astronaut application cycle begins. Gather your credentials, review your transcripts and papers and count down to the chance to join one of the most selective groups of professionals in the nation. Orion is calling!