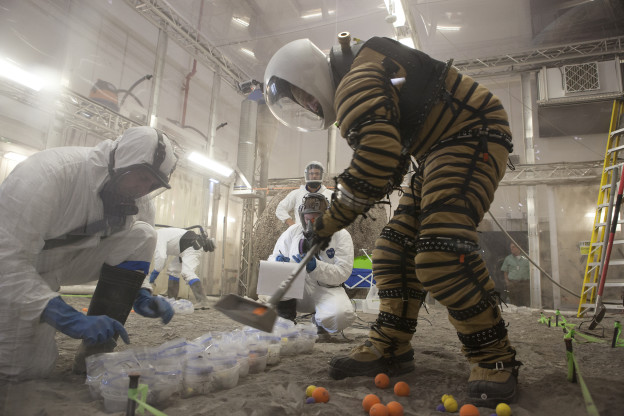 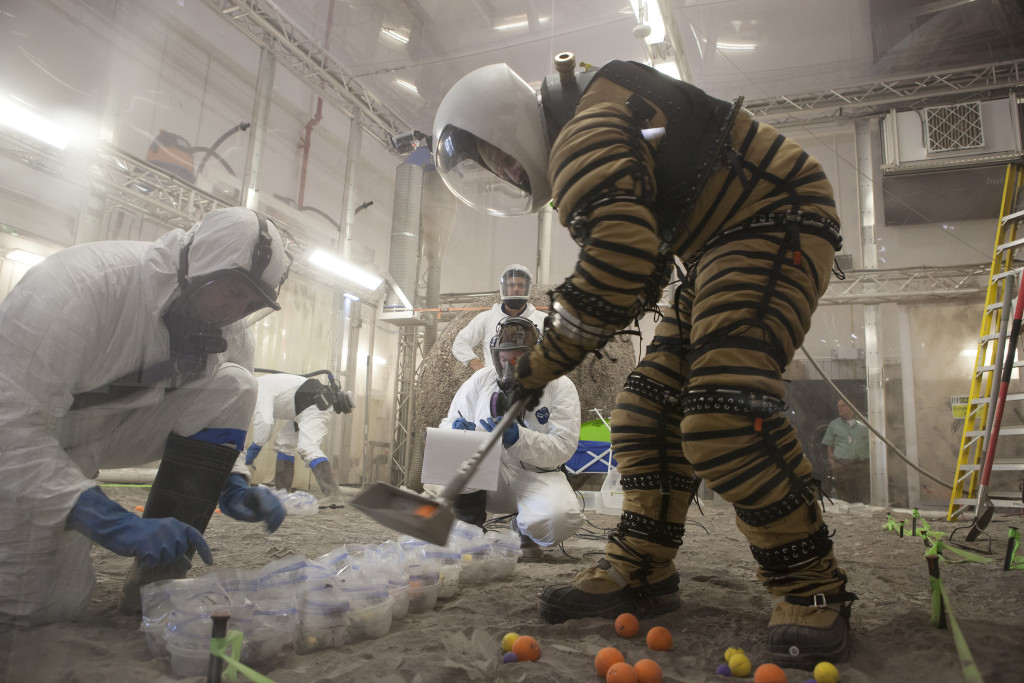 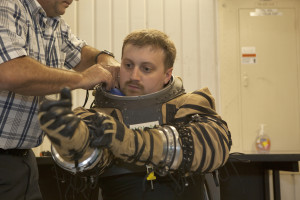 The spacesuits astronauts will wear while exploring the surface of Mars will protect the person inside, supply air and water, and be flexible enough that astronauts can dig samples and do the other tasks required. Those are big jobs for a device that sounds like something someone might pick out of a closet and zip on like a heavy parka. That’s why engineers from the University of North Dakota who are evaluating their suit design at Kennedy would really prefer a different term.

“‘Suit’ is really kind of a misnomer,” said Pablo De Leon, the researcher leading this week’s evaluations. “Containing a human being into anything is very complex, so we have a spacesuit which is really a miniaturized spacecraft, and it has to be built in a way that is mobile, fairly comfortable and lets you work. It’s really much more of a machine.” Read the differences and what this prototype could mean to future explorers at http://go.nasa.gov/1mrSFJ7 Photo credit: NASA/Dmitri Gerondidakis