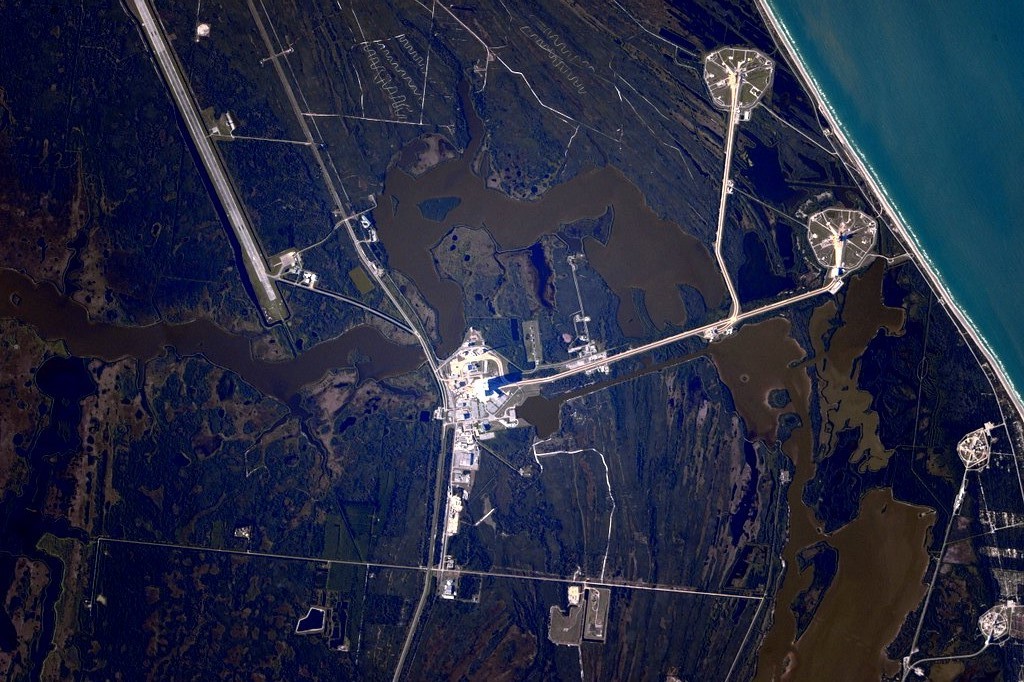 As NASA astronaut Scott Kelly completes a year in Earth orbit aboard the International Space Station, he recently looked down at the Kennedy Space Center. On Feb. 28, 2016, he emailed this photograph of the Florida spaceport directly to center director Bob Cabana. The photo was sent with the message, “Took this picture of KSC yesterday afternoon.”

The area around the Vehicle Assembly Building is clearly visible in the center of the image. Launch Pads 39A and B are in the upper right. In the lower right are Launch Pads 40 and 41 at Cape Canaveral Air Force Station. In the upper left is the Shuttle Landing Facility operated by Space Florida at Kennedy.