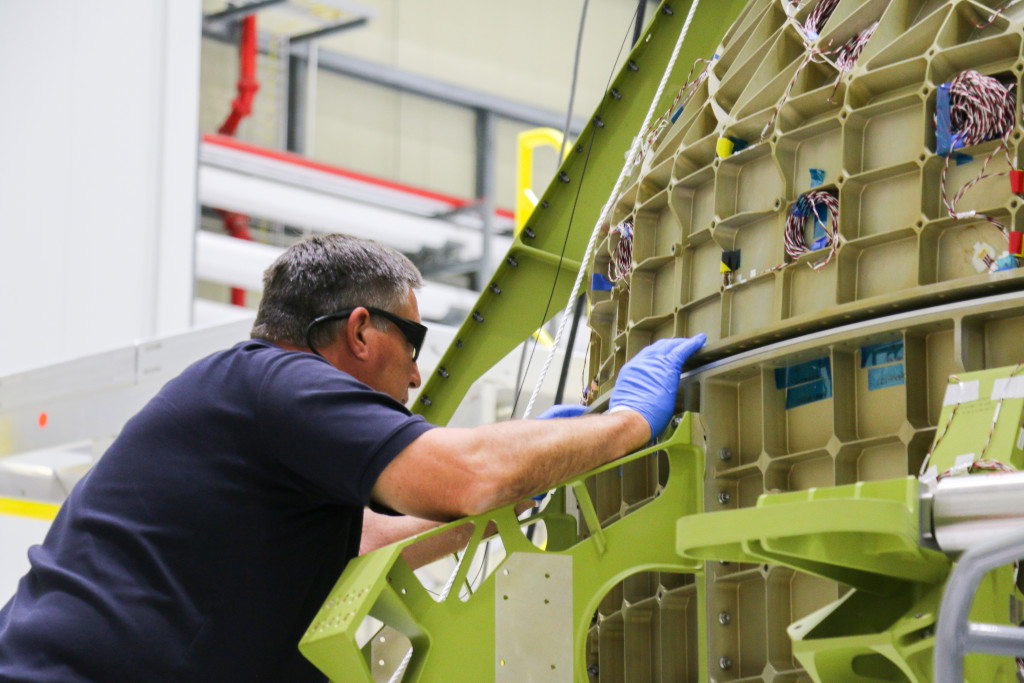 The upper dome of a Boeing CST-100 Starliner is lowered onto the lower dome May 2, completing the first hull of the Starliner’s Structural Test Article. Identical to the operational Starliners Boeing plans to build and fly in partnership with NASA’s Commercial Crew Program, the Structural Test Article is not meant to ever fly in space but rather to prove the manufacturing methods and overall ability of the spacecraft to handle the demands of spaceflight carrying astronauts to the International Space Station.

The work was performed inside the Commercial Crew and Cargo Processing Facility at NASA’s Kennedy Space Center in Florida. It is the first spacecraft to come together inside the former shuttle hangar since shuttle Discovery was moved out of the facility following its retirement and move to the Smithsonian’s Udvar-Hazy Center near Washington, D.C., in 2012. You can watch Boeing’s video about the spacecraft’s manufacturing here.