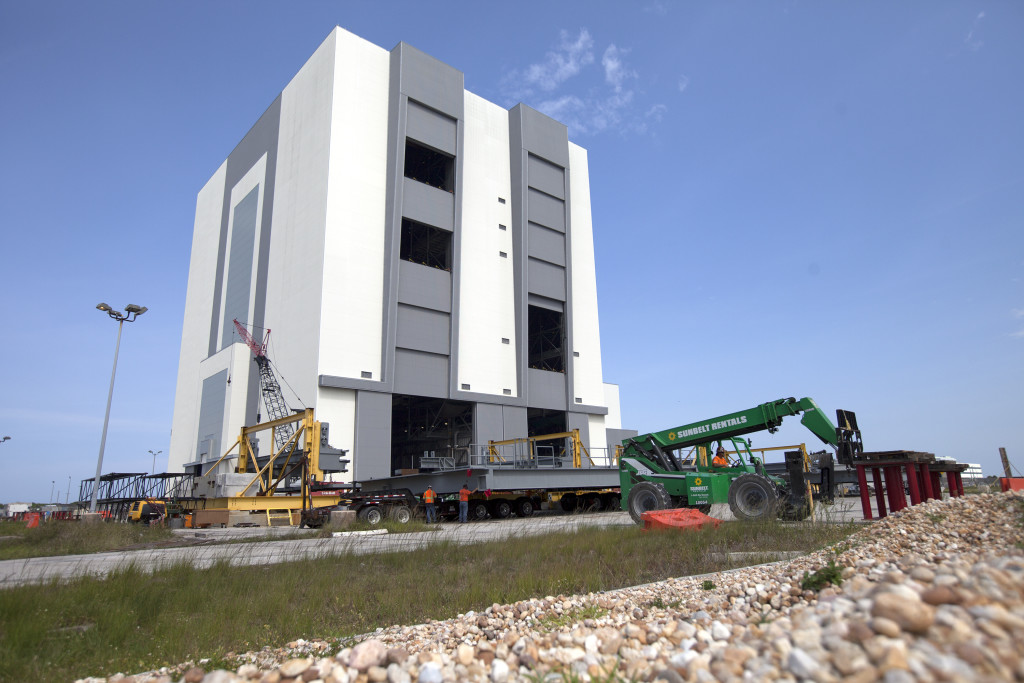 The second half of the D-level work platforms for NASA’s Space Launch System (SLS), D North, arrived at the agency’s Kennedy Space Center on June 27. The D work platforms are the seventh set of new platforms to arrive at Kennedy. A total of 10 levels of work platforms will surround the SLS rocket and Orion spacecraft in the Vehicle Assembly Building (VAB) and provide access for processing.