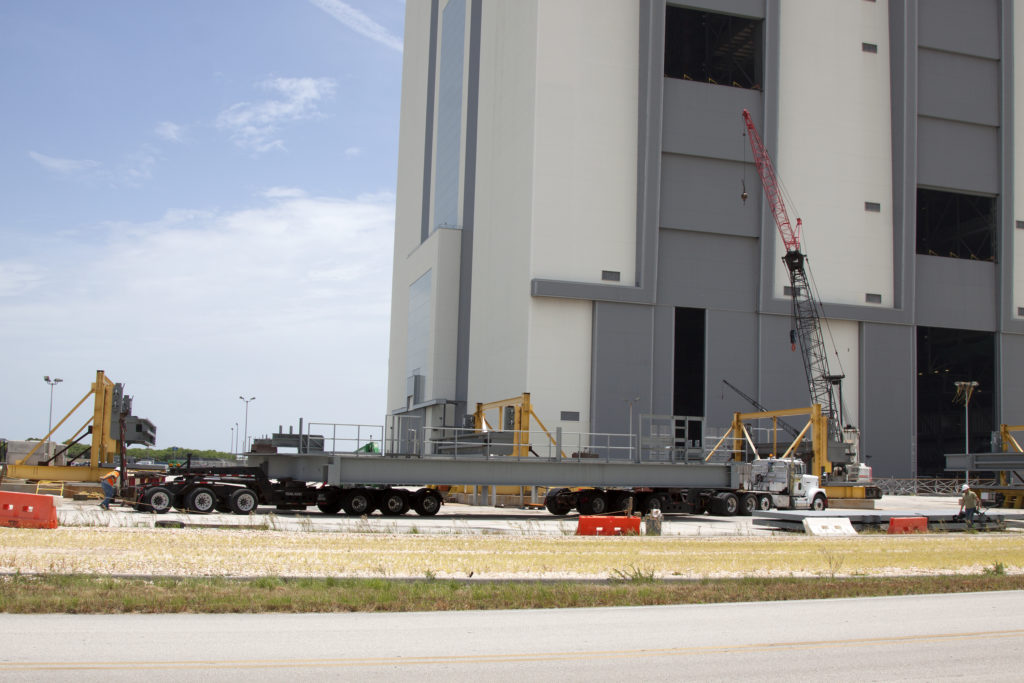 The first half of the C-level work platforms for NASA’s Space Launch System (SLS), C South, arrived in two segments at the agency’s Kennedy Space Center this week. The first segment arrived Aug. 4, and the second segment arrived today. The C work platforms are the eighth of 10 levels of platforms that will surround the SLS rocket and Orion spacecraft in the Vehicle Assembly Building (VAB) and provide access for processing.

The platform segments were transported from Sauer Corp. in Orlando, Florida, by Tillett Heavy Haul of Titusville, Florida. Sauer is a subcontractor to VAB general contractor Hensel Phelps. Tillett Heavy Haul is a subcontractor to Sauer. The platform was placed on a stand in a staging area near the VAB, where some final assembly will be performed before it is transferred into the building.