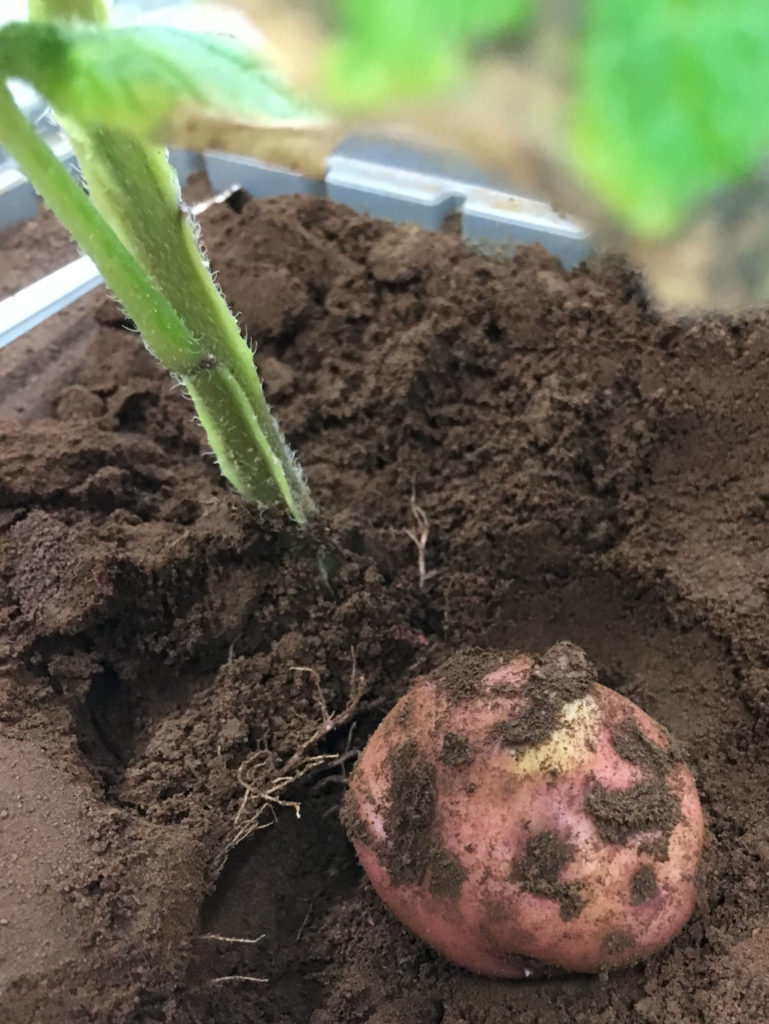 Even when he isn’t officially studying how food production could work on Mars, NASA’s Ralph Fritsche still spends his free time looking into it. He’s seriously committed to the cause.

Here you see a potato plant Fritsche grew in a Martian soil simulant in a small incubator from February to June. The real meat and potatoes of Fritsche’s official work is helping to baseline, document and publish scientific data on growing plants in a medium other than Earth soil so it may be used for future studies.

Just recently, Fritsche has joined forces with the Florida Institute of Technology in Melbourne to grow various plants in a Martian soil simulant in order to figure out what blend of nutrients will be best suited for growing plants on the planet in the coming decades.