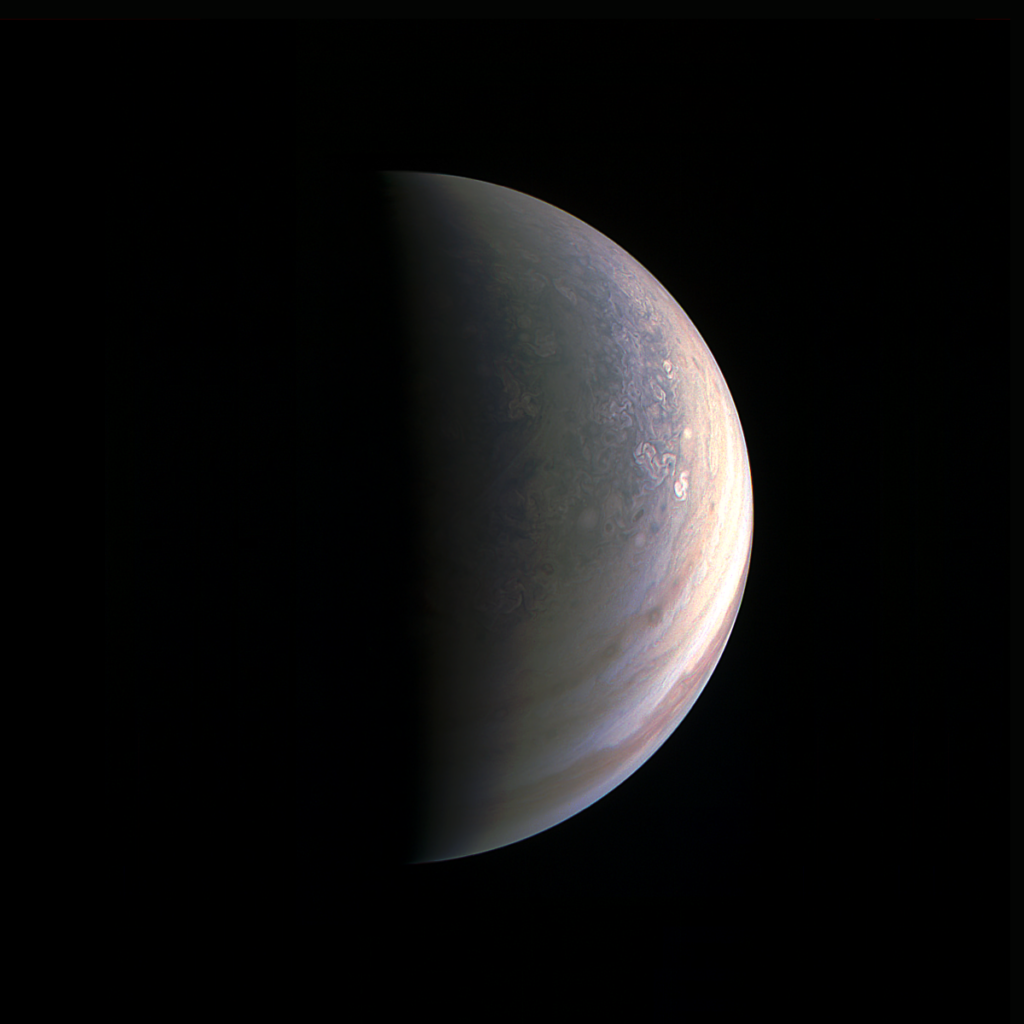 Since its arrival in orbit around Jupiter nearly three months ago, the Juno spacecraft already is impressing scientists with its observations of the gas giant. Employees at NASA’s Kennedy Space Center in Florida were briefed Sept. 20 on the status and the scientific promise of a mission many audience members helped launch a little more than five years ago. 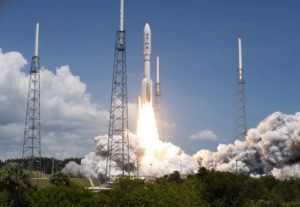 “Of course, what we’re really after is to learn about Jupiter — which is helping us to learn about ourselves,” said Scott Bolton, principal investigator for Juno at the Southwest Research Institute in San Antonio, Texas.

Kennedy’s Launch Services Program led the successful launch of Juno aboard a United Launch Alliance Atlas V rocket from Cape Canaveral Air Force Station. After some deep-space maneuvers in 2012 and an Earth flyby that provided a gravity assist in October 2013, Juno arrived at the largest planet in our solar system on July 4, 2016.

Jupiter was the first planet to form after the sun, Bolton explained. A better understanding of Jupiter’s makeup could help provide the “recipe” for a solar system.

“The stuff that Jupiter has more of than the sun — that’s what we are made of,” he explained.

Juno took 53 days to go around on the first orbit and it passed by Jupiter on Aug. 27 — this time for the first time with the science instruments on. The photo above was taken as Juno closed in on Jupiter’s north pole. Read more: Jupiter’s North Pole Unlike Anything Encountered in Solar System

After another 53 days, around Oct. 19, the spacecraft will perform its final burn to place Juno into a 14-day “science orbit” from which it will begin regularly mapping the gas giant.

Juno has come a long way since its departure from Earth.

“On Aug. 5, 2011, we launched from here. I’m so indebted to all of you, and everybody here at Kennedy who worked with you, because I realized when I got that close to it and was responsible for Juno just how difficult the launch was,” Bolton said.

“It is an immense amount of work and engineering challenge. What you do here is incredible.”

Juno will continue to orbit and study Jupiter until the spacecraft’s scheduled deorbit into the planet in February 2018.