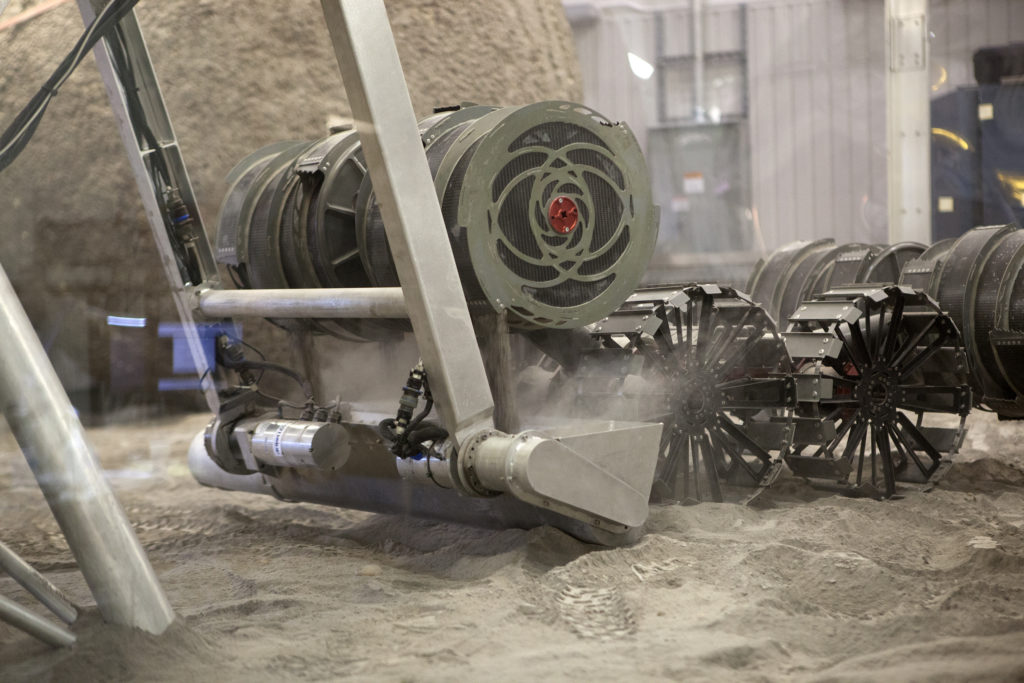 An integrated test of the MARCO POLO/Mars Pathfinder in-situ resource utilization, or ISRU, system recently took place at NASA’s Kennedy Space Center in Florida. Demonstrations such as this one help scientists learn how to extract critical resources on site – even as far away as the Red Planet.

A mockup of MARCO POLO, an ISRU propellant production technology demonstration simulated mission, was tested in a regolith bin with RASSOR 2.0, the Regolith Advanced Surface Systems Operations Robot. RASSOR excavated regolith and delivered sand and gravel to a hopper and mock oven.

On the surface of Mars, mining robots like RASSOR will dig down into the regolith and take the material to a processing plant where usable elements such as hydrogen, oxygen and water can be extracted for life support systems. Regolith also shows promise for both construction and creating elements for rocket fuel.