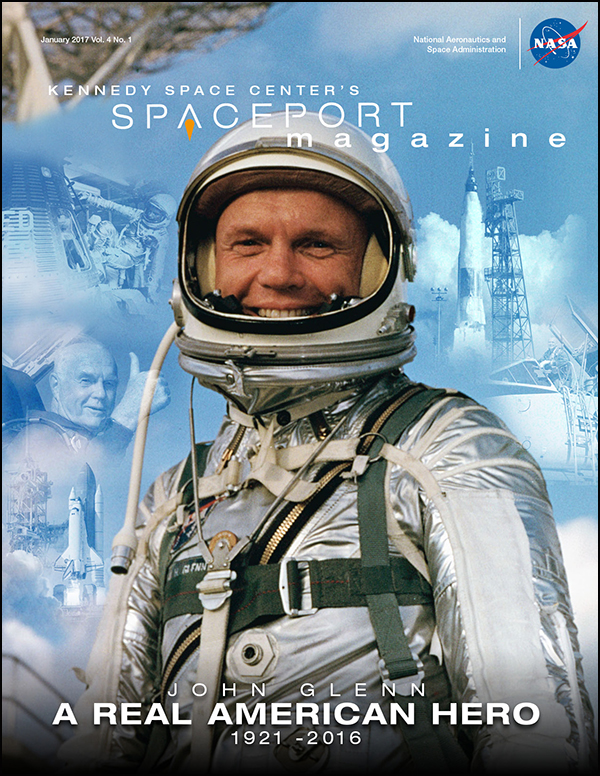 Spaceport Magazine takes a look back at the accomplishments of 2016 and some of the people our space community lost including a special remembrance of American legend John Glenn, the first American to orbit the Earth who later became a senator and returned to orbit on the space shuttle at age 77.

From advances made for NASA’s Journey to Mars, to progress toward launching Americans again from Florida with the Commercial Crew Program, this edition highlights the changes that continue to make Kennedy NASA’s premiere spaceport. We also take a look at the missions begun at Kennedy in 2016, including a recap of the December launch of the CYGNSS constellation of microsatellites that will study hurricanes. Click here to download Spaceport Magazine.