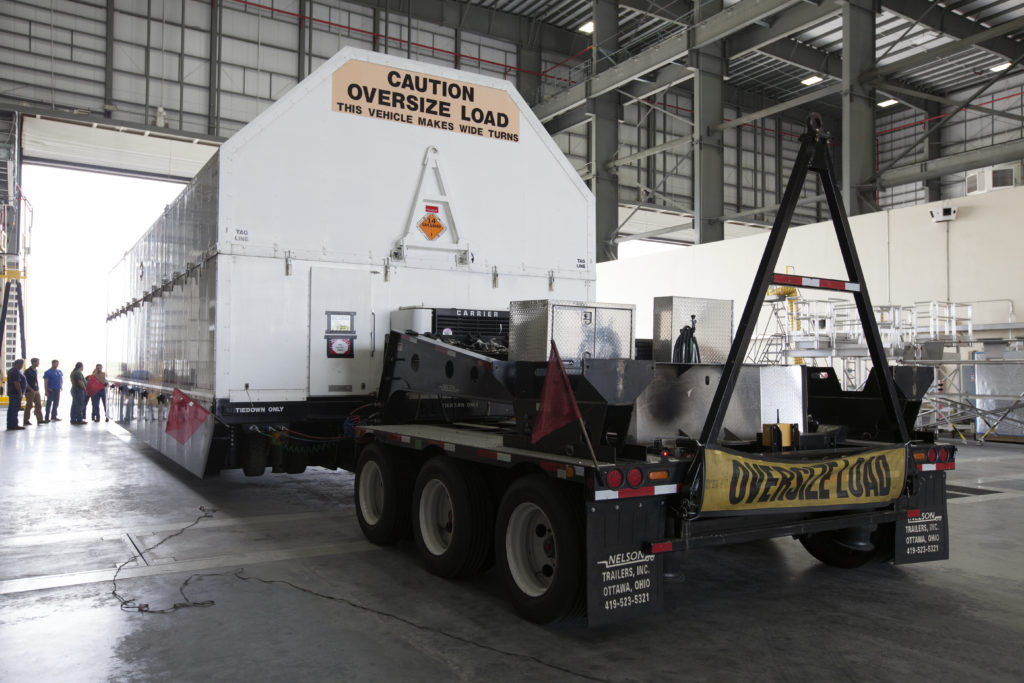 The ICPS was offloaded and transported to the ULA Horizontal Integration Facility where it will be removed from its flight case to begin processing for launch at the ULA Delta Operations Center.

The ICPS is the in-space stage that is located toward the top of the rocket, between the Launch Vehicle Stage Adapter and the Orion Spacecraft Adapter, and will provide some of the in-space propulsion. Its single RL-10 engine, powered by liquid hydrogen and oxygen, will generate 24,750 pounds of thrust to propel the Orion spacecraft out of Earth’s orbit during Exploration Mission 1 (EM-1).

The initial configuration of the SLS rocket with the ICPS will stand 322 feet tall, which is higher than the Statue of Liberty. The rocket will weigh 5.75 million pounds fueled and produce 8.8 million pounds of thrust at liftoff.

The first integrated launch of SLS and Orion will send the spacecraft to a stable orbit beyond the moon. Orion will return to Earth and be recovered from the Pacific Ocean. The mission will demonstrate the integrated performance of the SLS rocket, Orion and ground support teams.