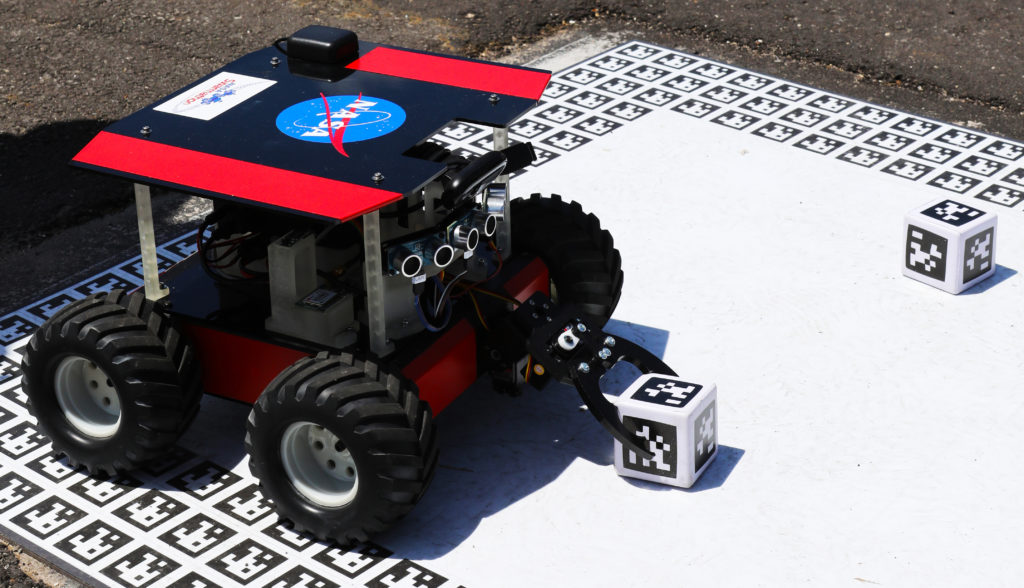 Students from colleges and universities from across the nation recently participated in a robotic programming competition at NASA’s Kennedy Space Center in Florida. Their research may lead to technology which will help astronauts find needed resources when exploring the moon or Mars.

In her welcoming remarks, Kennedy’s deputy center director, Janet Petro, pointed out to the students that their endeavors to develop robotic software code are more than an academic exercise.

“All of the work that you have done – designing, coding, testing – will soon be put to the ultimate test,” she said. “You should be extremely proud of your accomplishments. You have shown tenacity, problem-solving, teamwork and innovation – all qualities that NASA highly values.”

The small, four-wheeled Swarmie robots were designed through a collaboration between Kennedy’s Swamp Works laboratory and the University of New Mexico. It is a technology that could revolutionize space exploration by more effectively and efficiently locating hidden resources while astronauts explore distant destinations.

Computer scientists are developing Swarmies to focus not so much on the hardware, but the software. The Swarmathon is designed to help students improve their skills in robotics and computer science, as well as integrating software with hardware. What makes these robots noteworthy is the coding each carries in its silicon brain that makes them search for water, minerals and elements that could be refined into useful resources such as building materials or rocket fuel.

NASA’s Minority University Research and Education Project (MUREP) selected the University of New Mexico to manage the Swarmathon challenge in a joint effort with the agency. Through the MUREP program, NASA’s goal is to increase the number of NASA-focused science, technology, engineering and mathematics, or STEM, experiences that engage underrepresented groups in active education.