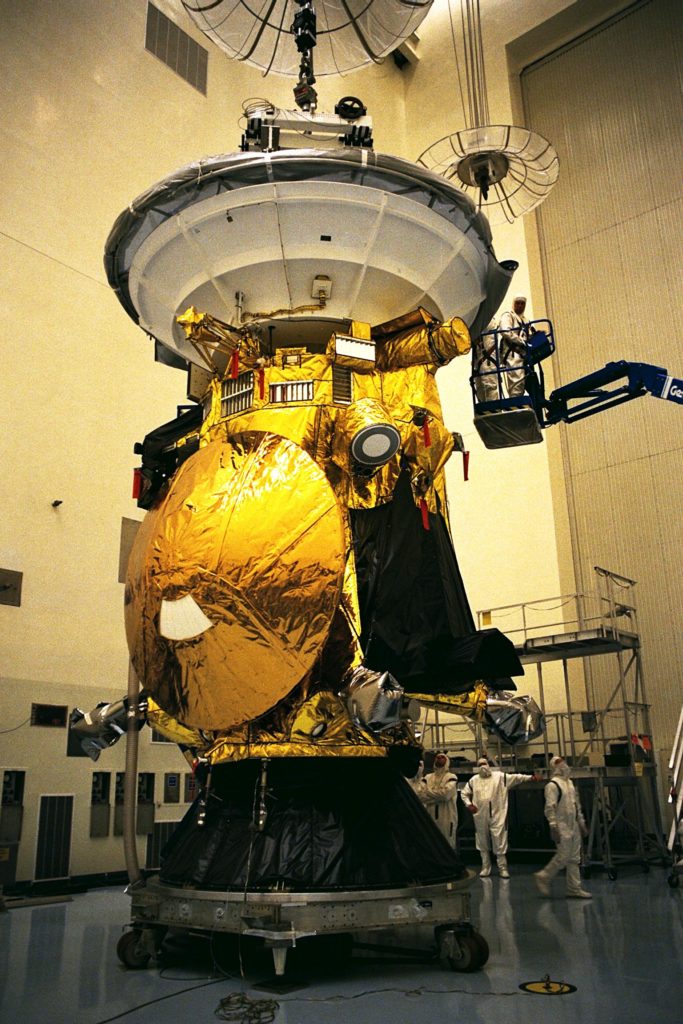 Before heading to Saturn to conduct unprecedented science in the orbit of the gas giant, NASA’s Cassini spacecraft made a comparatively short jaunt from the Jet Propulsion Laboratory in Pasadena, California, to NASA’s Kennedy Space Center in Florida inside an Air Force C-17 transport aircraft. April 1997 saw the arrival of Cassini and its move to the Payload Hazardous Servicing Facility for assembly and prelaunch processing. After 20 years in space and delivering spectacular images, the massive spacecraft is beginning its final chapter. Engineers at Kennedy took a look back to how their contributions to the mission began: https://go.nasa.gov/2ocAe0g