Testing of systems critical to preparing Orion for its first flight atop NASA’s Space Launch System rocket were successfully completed in the Multi-Payload Processing Facility (MPPF) at the agency’s Kennedy Space Center in Florida.

The MPPF is the location where fuel and commodities will be provided for the Orion spacecraft prior to launch. Orion also will be defueled and prepared for its next mission in this facility.

Engineers and technicians completed a series of verification and validation tests of the pneumatic systems inside and outside the facility and confirmed they are ready to become operational, and that the systems meet requirements to support flight and ground systems that use pneumatic commodities.

Four pneumatic systems supply high pressure gases to various locations in the MPPF. These include gaseous nitrogen, gaseous helium and gaseous oxygen. They will be used to pressurize flight tanks on the Orion spacecraft. Another system, the breathing air system, provides an air source for personnel using Self-Contained Atmospheric Protection Ensembles, or SCAPE suits, which protect them during hazardous operations inside and outside the facility.

Leak tests of all of the pneumatic hardware installed inside and outside the MPPF were performed. Checkouts included verifying proper function of valves, regulators, pressure gauges and other components; verifying that the systems can be operated by command and control software; and performing flow tests of the systems to validate analysis and demonstrate that the systems meet requirements. A simulation of Orion flight tank fill operations also was performed.

“The pneumatic systems at the MPPF provide high pressure gases to many other ground and flight systems, making them vital to successful ground processing operations,” Anthony said.

The vast majority of the testing was completed between August 2016 and January 2017. Additional testing is scheduled this spring.

A team of about 60 NASA and contractor workers supported the tests, including design, operations, systems and project engineers, mechanics, technicians, logistics, safety, quality, configuration management, and construction of facilities personnel.

A ceremony in the NASA Kennedy Space Center’s Radiological Control Center honored the extensive contributions of Randy Scott, during which the facility was named in his honor. A professional health physicist of more than 40 years, Scott served as the Florida spaceport’s Radiation Protection Officer for 14 years until his death June 17, 2016.

During the March 31, 2017, ceremony, Director of Spaceport Integration and Services Nancy Bray spoke of Scott’s efforts to establish the Radiological Control Center.

“Randy had a vision, and he knew what it would take to make this a first-class spaceport and support the radiological mission,” she said. “This room serves a dual purpose. When we are not using it for a major radiological mission, it’s available to our emergency operations team.”

Scott is best known for his contingency planning efforts supporting planetary missions that included a plutonium-powered radioisotope thermalelectric generator (RTG). Spacecraft such as New Horizons, launched to Pluto on Jan. 19, 2006, and the Mars Science Laboratory with the Curiosity lander, lifting off on Nov. 26, 2011, take so long to travel so far from the sun that batteries and solar panels are impractical. Electrical power is provided by an RTG which produces electricity from heat generated by the natural decay of plutonium. 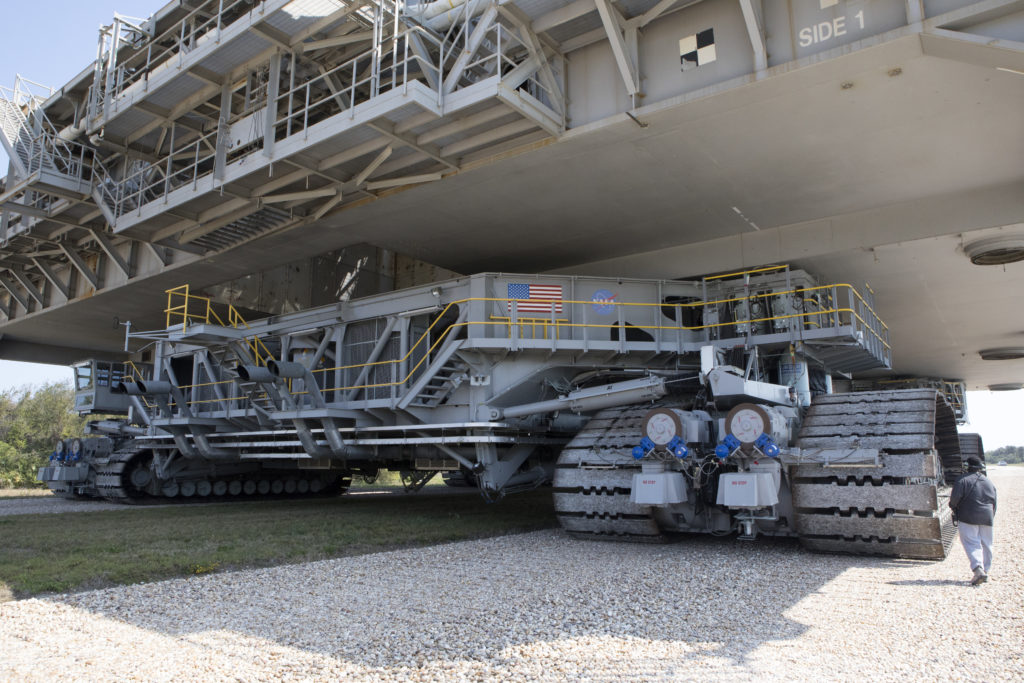 Today, astronaut Peggy Whitson will pull out her gardening tools once again to initiate the next crop of Chinese cabbage to be grown aboard the International Space Station. This crop will be the second Chinese cabbage and the sixth crop grown in the Veggie system. The leafy greens will be allowed to grow for two months while Whitson periodically harvests leaves for crew enjoyment as well as for science. This will be the second time a space station crew has used the cut-and-come-again harvest technique intended to increase crop yield; the technique was previously used with ’Outredgeous’ lettuce.

This time around, the gardening guidance given to Whitson was revised to reflect the need for more water that was discovered during the first growth of Chinese cabbage earlier this year. According to Veggie Project Scientist Dr. Gioia Massa, every experiment provides new information as the Veggie team continues to lay the groundwork for future long-duration plant growth systems.

“Our main goal for this VEG-03C crop is to grow the Chinese cabbage for a longer duration and to see how plants respond to the cut-and-come-again repetitive harvest technique we used last fall with the ‘Outredgeous’ lettuce,” Massa said. “We hope that, similar to the lettuce, astronauts will get to eat more Chinese cabbage over a longer duration as we test more sustainable growth practices for this crop.”

Although these Chinese cabbage seeds are the last ones currently aboard the orbiting laboratory, the Veggie team does plan to send up more seed pillows in the near future. What seeds will those pillows contain? The team isn’t certain just yet, but the scientists have been studying peppers, tomatoes and other leafy greens.