Joining the Tracking and Data Relay Satellite (TDRS) System is TDRS-M, the third and final in a series of third-generation TDRS spacecraft that have taken their places in orbit in recent years. TDRS-M launched this morning aboard a United Launch Alliance (ULA) Atlas V rocket with a liftoff at 8:29 a.m. EDT from Cape Canaveral Air Force Station’s Space Launch Complex 41. (Read NASA’s Launch Blog) 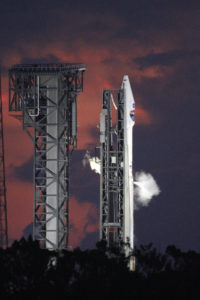