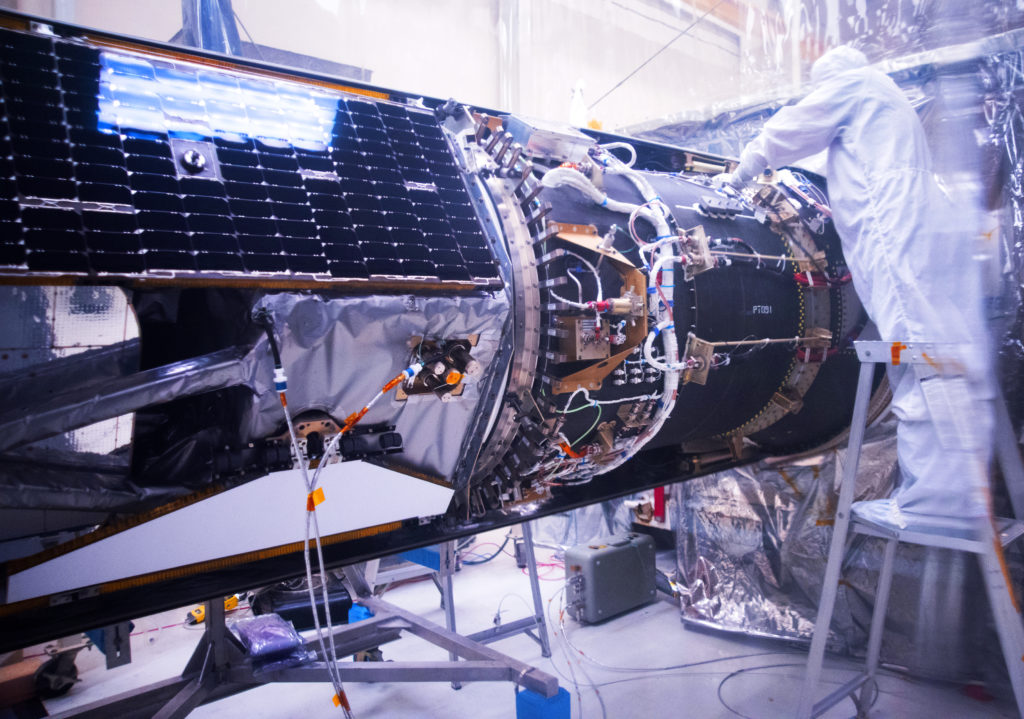 On Oct. 4, 2018, technicians at Vandenberg Air Force Base in California, installed the payload fairing on the Northrop Grumman Pegasus XL rocket that will launch NASA’s Ionospheric Connection Explorer, or ICON, satellite.

ICON is being prepared for launch on a Pegasus XL rocket which will be carried aloft by Northrop Grumman’s L-1011 Stargazer aircraft. The Stargazer with the Pegasus XL attached is scheduled to fly from Vandenberg, where it was processed, to the Skid Strip at Cape Canaveral Air Force Station in Florida on Oct. 19, 2018. 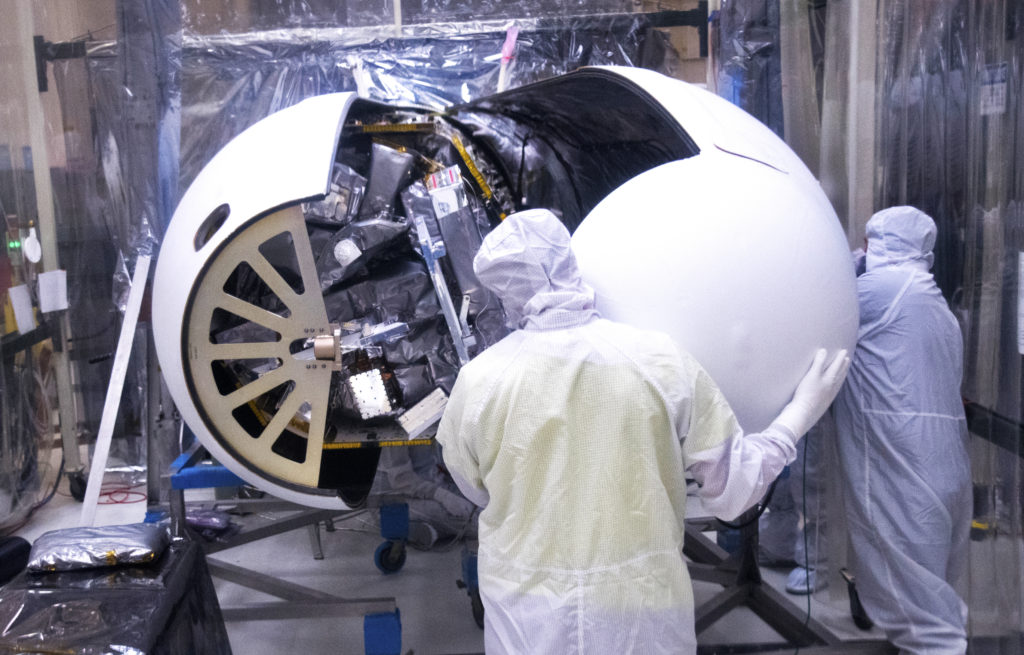 Launch of the Pegasus XL rocket is scheduled for Oct. 26, 2018. The Stargazer jet will take off from the Skid Strip at the Cape. About 50 miles offshore of Daytona Beach, Florida, the Pegasus XL will be dropped with the engine igniting five seconds later boosting ICON to orbit. The Stargazer is a mobile launch platform and the only one of its kind in the world.

ICON will study the ionosphere, where terrestrial weather meets space weather. This dynamic zone high in Earth’s atmosphere can be a source of great beauty such as the aurora, but can also be disruptive to radio communications and satellites and astronaut health. ICON will help determine the physical processes at play in this “frontier of space,” thus paving the way for mitigating their effects on our technology, communications systems and society.

Click here to see the latest photos of the ICON spacecraft and Pegasus XL rocket as they are prepared for launch.