NASA and SpaceX are targeting Tuesday, Dec. 21, at 5:06 a.m. EST for launch of the 24th Commercial Resupply Services mission to the International Space Station. The Dragon spacecraft will lift off aboard a Falcon 9 rocket from Launch Complex 39A at NASA’s Kennedy Space Center in Florida.

Dragon will bring food, supplies, and scientific investigations to the orbiting crew, including a protein crystal growth study that could improve the delivery of cancer treatment drugs and a handheld bioprinter that could one day be used to print tissue directly onto wounds to faster healing.

The spacecraft will arrive at the station on Wednesday, Dec. 22 at approximately 4:30 a.m. and remain docked for about a month before returning to Earth.

The mission will be covered live on NASA TV, the NASA app, and the agency’s website.

A team of launch managers for NASA’s Double Asteroid Redirection Test (DART) mission have authorized approval to proceed to launch countdown at Vandenberg Space Force Base in California ahead of a scheduled launch on Tuesday, Nov. 23 at 10:21 p.m. PST (Wednesday, Nov. 24 at 1:21 a.m. EST) from the SpaceX Space Launch Complex 4.

DART is the first mission to test technologies for preventing an impact of Earth by a hazardous asteroid. DART’s target asteroid in not a threat to Earth.

“The payload mate onto the launch vehicle is an important milestone for DART because it is the final verification to ensure the spacecraft is communicating with its ground team,” said Notlim Burgos, LSP payload mechanical engineer. “This milestone also is significant for the LSP mechanical team because it integrates the last components of the launch vehicle, completing the build of the Falcon 9 in support of NASA’s first planetary defense mission.”

Inside the VIF, a team of engineers fastened the payload fairing, which houses the U.S. Department of Defense’s (DoD) Space Test Program Satellite-6 (STPSat-6) spacecraft. LCRD is hosted on STPSat-6. The mission is scheduled to launch on Dec. 5 from Launch Complex 41 on CCSFS, with a two-hour launch window beginning at 4:04 a.m. EST.

The fully stacked rocket and payload stands 196 feet tall and is anticipated to roll out on a mobile launch platform from the VIF to the launch pad on Dec. 3. The rocket’s Centaur second stage and spacecraft will remain attached until 4 minutes, 33 seconds after launch, with deployment of STPSat-6 scheduled about 6 hours, 30 minutes after launch.

NASA’s LCRD payload, hosted on STPSat-6, is about the size of a king-sized mattress and seeks to make operational laser communications a reality. As space missions generate and collect more data, higher bandwidth communications technologies are needed to bring data home, and laser communications systems offer higher bandwidth in a smaller package that uses less power. LCRD will send and receive data over infrared lasers at approximately 1.2 gigabits per second from geosynchronous orbit to Earth.

To learn more about the STP-3 launch, visit: www.ulalaunch.com. To stay updated about LCRD and laser communications, visit: https://www.nasa.gov/lasercomms.

The Geostationary Operational Environmental Satellite T (GOES-T) – the third satellite in NOAA’s GOES-R series – is now in Florida, undergoing final preparations ahead of its targeted launch on March 1, 2022. The satellite arrived at the Launch and Landing Facility at NASA’s Kennedy Space Center on Nov. 10, 2021, in a United States Air Force C-5 cargo plane. Shortly after landing at the runway, teams transported it to an Astrotech Space Operations facility in nearby Titusville, where it will remain for processing and final checkouts prior to liftoff.

Upon its arrival at Astrotech, teams removed the spacecraft from its shipping container and attached it to the electrical ground support equipment that they will use to perform multiple tests over the next few weeks to ensure all satellite elements function properly.

GOES-T will launch aboard a United Launch Alliance (ULA) Atlas V 541 rocket from Cape Canaveral Space Force Station (CCSFS). After departing from ULA’s manufacturing plant in Decatur, Alabama, on Nov. 6, the rocket’s first and second stages arrived at CCSFS aboard a transport boat on Nov. 15. When spacecraft testing is complete and teams have conducted the Launch Vehicle Readiness Review, the satellite – once encapsulated in its protective payload fairing – will be placed atop the Atlas V rocket in preparation for liftoff from Space Launch Complex 41.

The GOES-R program is a collaboration between NASA and the NOAA. NASA manufactures and launches the satellites and NOAA funds and operates them and distributes their data to users worldwide. The GOES satellite network helps meteorologists observe and predict local weather events that affect public safety, including thunderstorms, tornadoes, fog, hurricanes, flash floods, and other severe weather. GOES-T will provide critical data for the U.S. West Coast, Alaska, Hawaii, Mexico, Central America, and the Pacific Ocean.

This launch is being managed by NASA’s Launch Services Program based at Kennedy in Florida, America’s multi-user spaceport. NASA’s Goddard Space Flight Center oversees the acquisition of the GOES-R spacecraft and instruments. Lockheed Martin designs, creates, and tests the GOES-R Series satellites. L3Harris Technologies provides the main instrument payload, the Advanced Baseline Imager, along with the ground system, which includes the antenna system for data reception.

Looking forward, NOAA is working with NASA on the next-generation geostationary satellite mission called Geostationary Extended Observations (GeoXO), which will bring new capabilities in support of U.S. weather, ocean, and climate operations in the 2030s. NASA will manage the development of the GeoXO satellites and launch them for NOAA.

Media accreditation is now open for SpaceX’s 24th cargo resupply mission for NASA to the International Space Station. Liftoff of the cargo Dragon spacecraft on a Falcon 9 rocket is targeted for late December from Launch Complex 39A at NASA’s Kennedy Space Center in Florida.

Media prelaunch and launch activities will take place at Kennedy. Media wishing to take part in person must apply for credentials at https://media.ksc.nasa.gov.  International media residing in the United States must apply by Tuesday, Nov. 23. U.S. media must apply by Monday, Nov. 29.

The cargo Dragon will deliver a variety of investigations to the space station, including a protein crystal growth study that could improve the delivery of cancer treatment drugs; a handheld bioprinter that will test technology that could one day be used to print tissue directly on wounds to accelerate healing; experiments from students at several universities as part of the Student Payload Opportunity with Citizen Science (SPOCS) program; and an investigation from the makers of Tide that examines detergent efficacy in microgravity.

For a link to the full media advisory, click here.

NASA and NOAA are now targeting launch of the Geostationary Operational Environmental Satellite T (GOES-T) mission March 1, 2022. NASA, NOAA, and United Launch Alliance (ULA) coordinated the new launch opportunity due to shifts with other missions scheduled ahead of GOES-T. The launch previously was scheduled for Feb. 16, 2022.

GOES-T, the third satellite in NOAA’s advanced GOES-R series, will be renamed GOES-18 once it reaches geostationary orbit. After it completes checkout of its instruments and systems, the new satellite will go into operation as GOES West and work in tandem with GOES-16, which operates in the GOES East position.

Looking forward, NOAA is working with NASA on the next-generation geostationary satellite mission called GeoXO, which will bring new capabilities in support of U.S. weather, ocean, and climate operations in the 2030s. NASA will manage the development of the GeoXO satellites and launch them for NOAA. 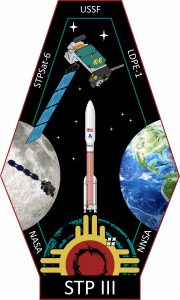 The LCRD technology demonstration is testing an enhanced communication capability called laser communications, which will enable space missions to generate and collect more data. The payload is the size of a king size mattress and will send and receive data via infrared lasers at approximately 1.2 gigabits per second from geosynchronous orbit to Earth. Laser communications systems offer higher bandwidth in a smaller package that uses less power.

To stay updated about LCRD and laser communications, visit: https://www.nasa.gov/lasercomms.

The Imaging X-Ray Polarimetry Explorer (IXPE) spacecraft, which will study the polarization of X-rays coming to us from some of the universe’s most extreme sources – including black holes and dead stars known as pulsars – arrived at the Cape Canaveral Space Force Station in Florida on Nov. 5, 2021.

NASA’s first mission dedicated to measuring X-ray polarization, IXPE is scheduled to launch aboard a SpaceX Falcon 9 vehicle from Kennedy’s Launch Complex 39A on Dec. 9, 2021. The launch is managed by NASA’s Launch Services Program, based at Kennedy.

Final prelaunch testing of IXPE began on Monday, Nov. 8. The spacecraft is expected to be mated to the launch vehicle during the last week of November.

IXPE will fly three space telescopes with sensitive detectors capable of measuring the polarization of cosmic X-rays, allowing scientists to answer fundamental questions about these extremely complex environments where gravitational, electric, and magnetic fields are at their limits.

NASA selected IXPE as an Explorers Program mission in 2017. The IXPE project is a collaboration between NASA and the Italian Space Agency. NASA’s Marshall Space Flight Center in Huntsville, Alabama, manages the IXPE mission. Ball Aerospace, headquartered in Broomfield, Colorado, manages spacecraft operations with support from the University of Colorado at Boulder.

Click here for more information on the IXPE mission.

NASA and the U.S. Navy are preparing to head out to sea for the ninth in a series of tests to verify and validate procedures and hardware that will be used to recover the Orion spacecraft after it splashes down in the Pacific Ocean following deep space exploration missions.

NASA’s Landing and Recovery team, managed by Exploration Ground Systems, is heading from the agency’s Kennedy Space Center in Florida to Naval Base San Diego in California where they will have their final certification run for the Artemis I mission.

During the weeklong test, the joint team will conduct simulations that will exercise all the operational procedures, including nighttime, to support certification of team members for the Artemis I mission. The team will practice recovering a test version of an Orion capsule and bringing it into the well deck of a Navy ship, ensuring all personnel are properly trained before the real Orion splashes down.

Orion is the exploration spacecraft designed to carry astronauts to the Moon and destinations not yet explored by humans. It is slated to launch atop NASA’s Space Launch System rocket on its first deep space mission to pave the way for future flights with astronauts.